ASTANA – Good news and tidings from the Ambassadors Spouses Association (ASA), the organizers of the 13th Christmas Charity Bazaar, that raised 38.5 million tenge (US$81,500) at the charity event on Dec. 4. All proceeds will go to 35 charities in Kazakhstan. 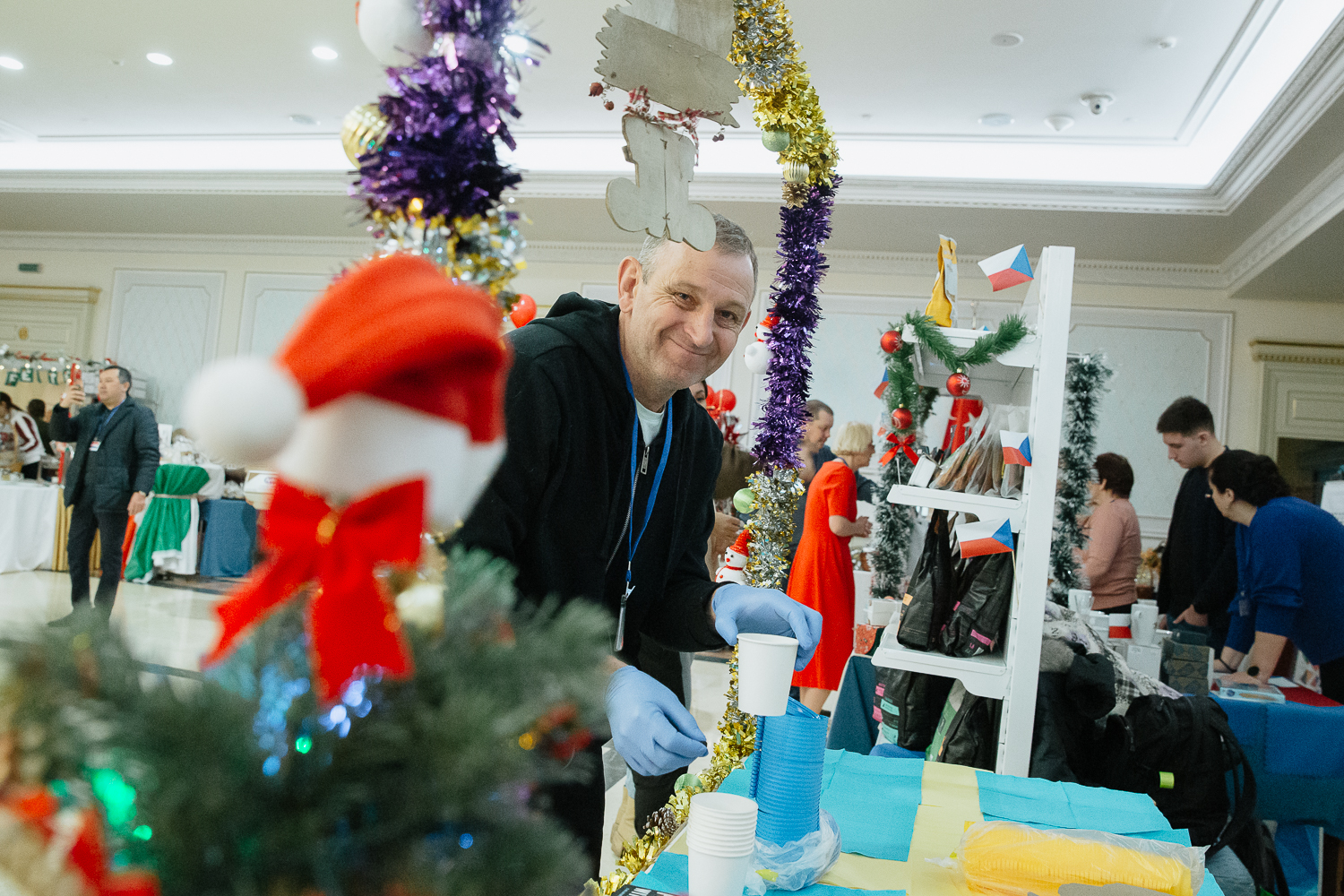 The bazaar served as a perfect place to get one into the spirit of Christmas and the spirit of festive generosity. Photo credit: ASA.

The Christmas bazaar filled the open space of the Radisson Hotel Astana with stalls from 41 embassies, four international schools, and 13 charity institutions.

It is a special event, selling products one cannot get elsewhere in Kazakhstan, according to Lenise Correa Barbosa, the ASA President, who spoke at the bazaar opening ceremony.

“This year we want to celebrate life, health, and the joy of living. Let ourselves be seduced by the scents of aromas from different corners of the world. So many people spent time and energy to present you with typical goods and foods you cannot find anywhere in Kazakhstan,” she said.

Looking around the bazaar, one could find delicious traditional desserts, cheeses, a variety of coffee blends, Christmas cookies, and traditional wines. 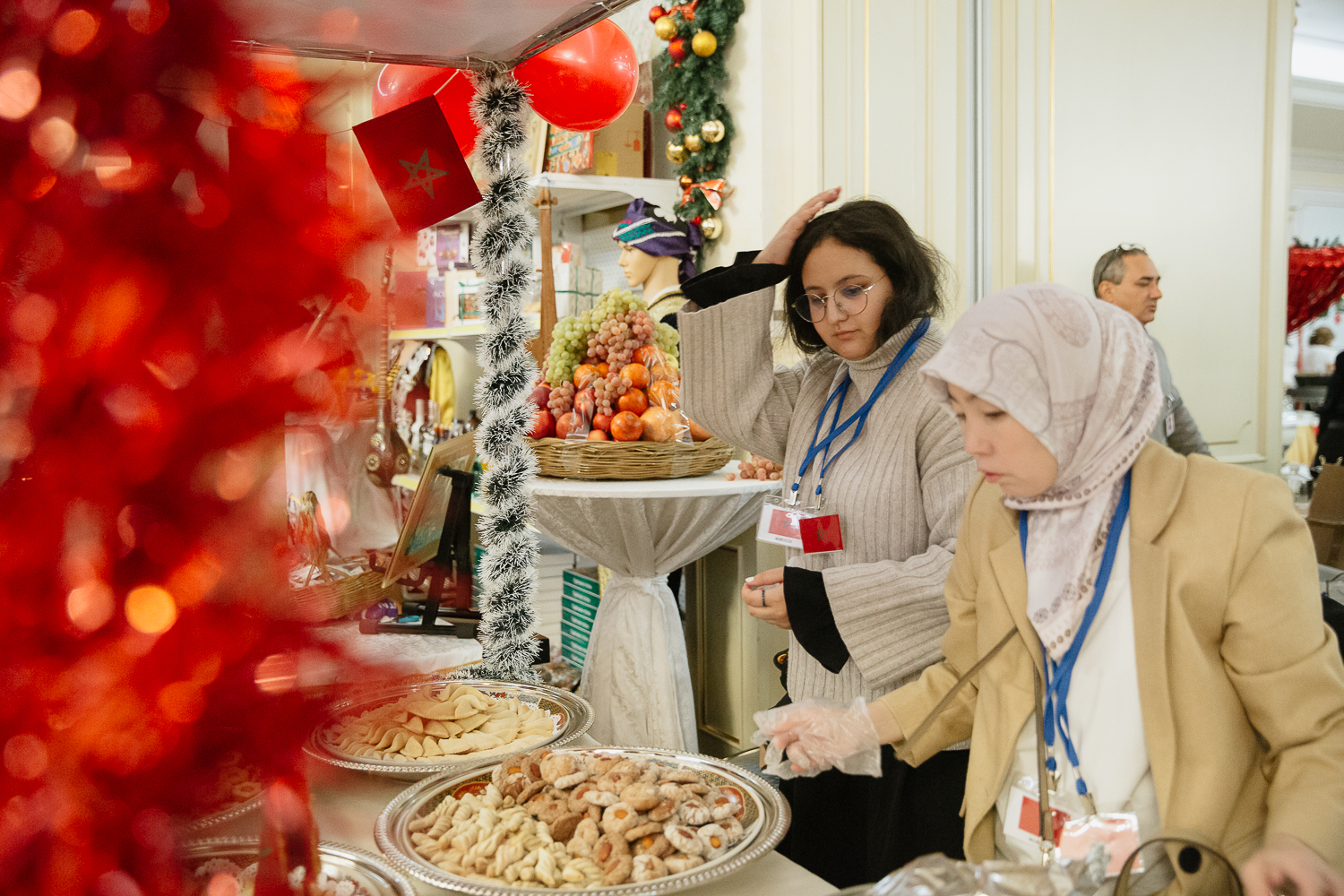 A variety of delicious traditional food and desserts were served for visitors to elevate the Christmas spirit. Photo credit: ASA.

At the Austrian embassy stall, one could find some original Austrian red and white wines, Sachertorte, an original cake from Austria, as well as mulled wine, which is a traditional hot wine served at the Christmas market in Vienna.

For Nasim Bigl, the spouse of the deputy head of the Austrian mission to Kazakhstan, the bazaar is a double benefit that along with sharing the culture of each country, also hopes to make an impact on those in need.

“In Europe, we have Christmas markets every year, and with this market, in Kazakhstan, we feel like we are home,” she said, sharing her impressions from the event. 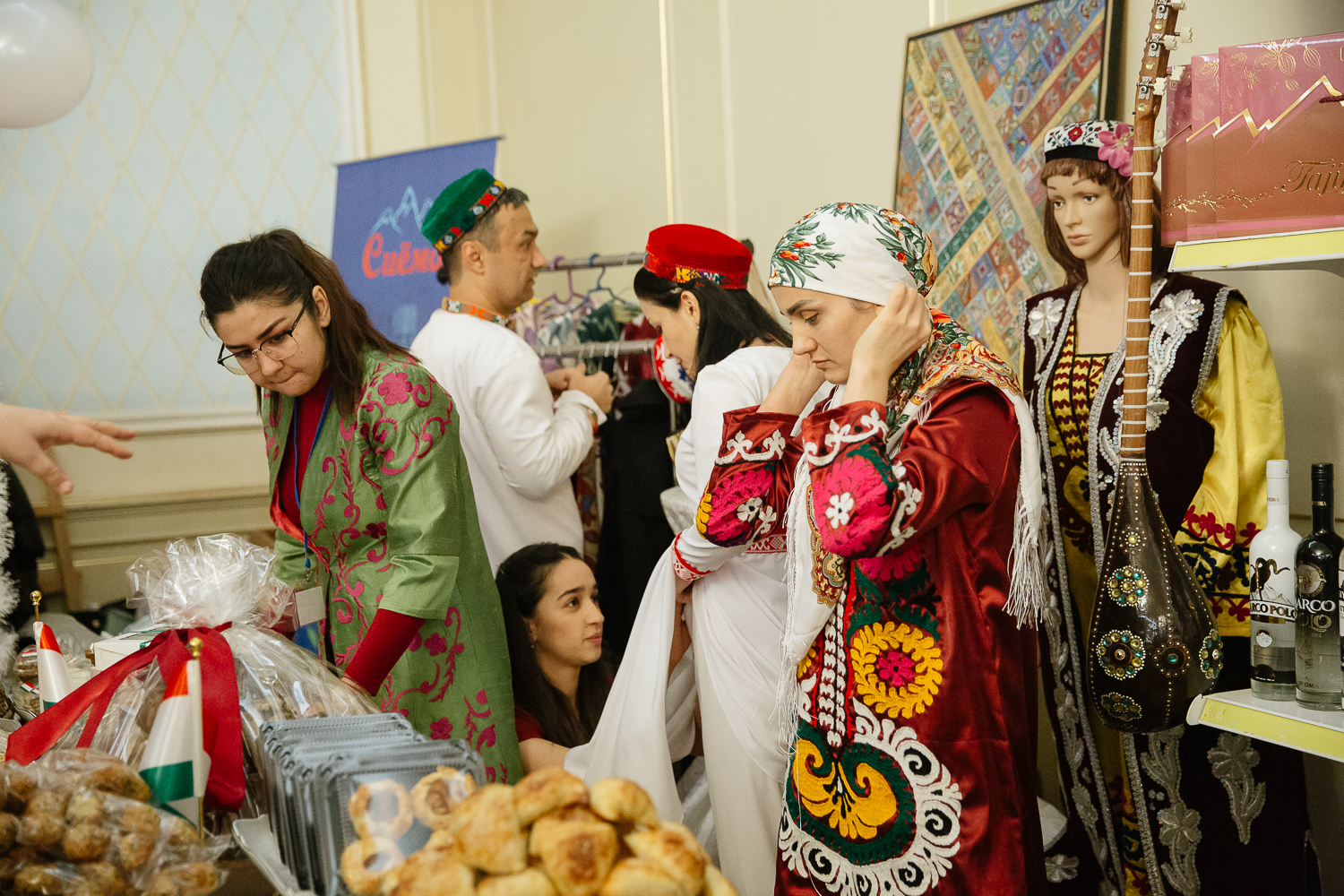 The embassies showcased their traditional costumes along with food and drinks. Photo credit: ASA.

Ambassador of Portugal to Kazakhstan, Maria de Fatima Mendes said that it is her first time participating in the charity bazaar in Kazakhstan.

“Everybody is participating in something that is showing to our Kazakh friends what we have in our countries, and at the same time, we are helping charities, so this is a double victory for all of us and for Kazakhstan as well,” said Mendes as she shared what her embassy brought to the table at the bazaar.

“Something that not all people know [about Portugal] is that we have the oldest tea plantation in Europe in the Azores Island in the middle of the Atlantic. We brought that tea as well. And we brought several artifacts in cork, as we are the greatest exporter of cork in the world,” she added. 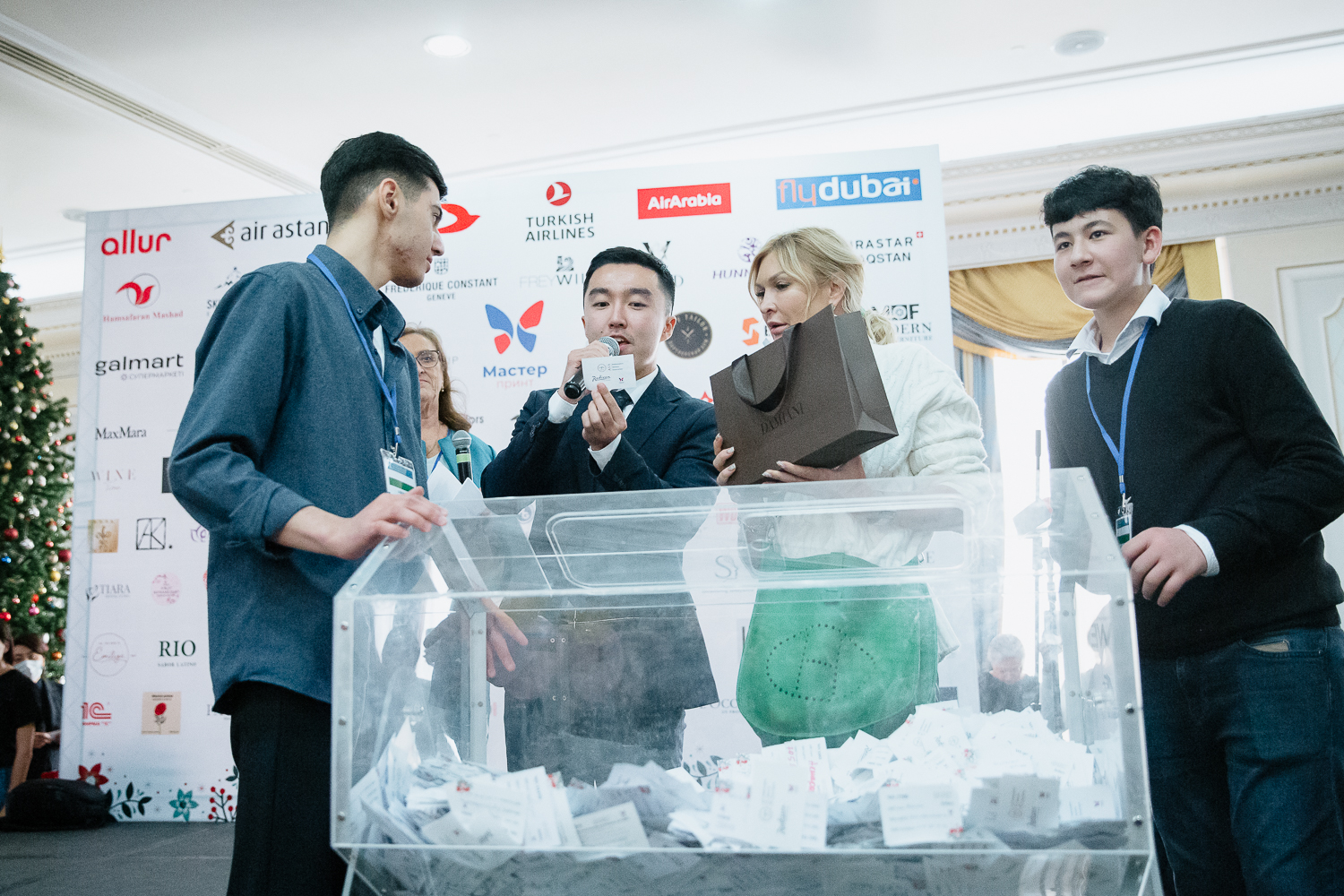 The Grand Raffle with 264 prizes was the highlight of the event. Photo credit: ASA.

Visitors to the bazaar were delighted as well. The bazaar served as a perfect place to get one into the spirit of Christmas and the spirit of festive generosity.

“I am here for the first time this year and I did not think there would be so many people,” said Sauran Yerdesov, a resident of Astana.

“We came with my whole family, with our mother. It is very interesting to see the cultures of different countries. We bought a balloon for our little son. We also bought sweet drinks and even a Smeg toaster. We are looking forward to participating in the raffle,” said Yerdesov.

The bazaar was accompanied by the Grand Raffle with 264 prizes including flight tickets, traditional baskets donated by embassies, large domestic appliances, jewelry, hotel accommodation, gift vouchers for upscale restaurants, yoga and dance lessons, and a car as a grand prize.