By Zhanna Shayakhmetova in Central Asia on 21 December 2022

ASTANA – The participants of the Central Asia Media Forum discussed the role of communications in the creative industry at one of the panel sessions in Astana on Dec. 21. 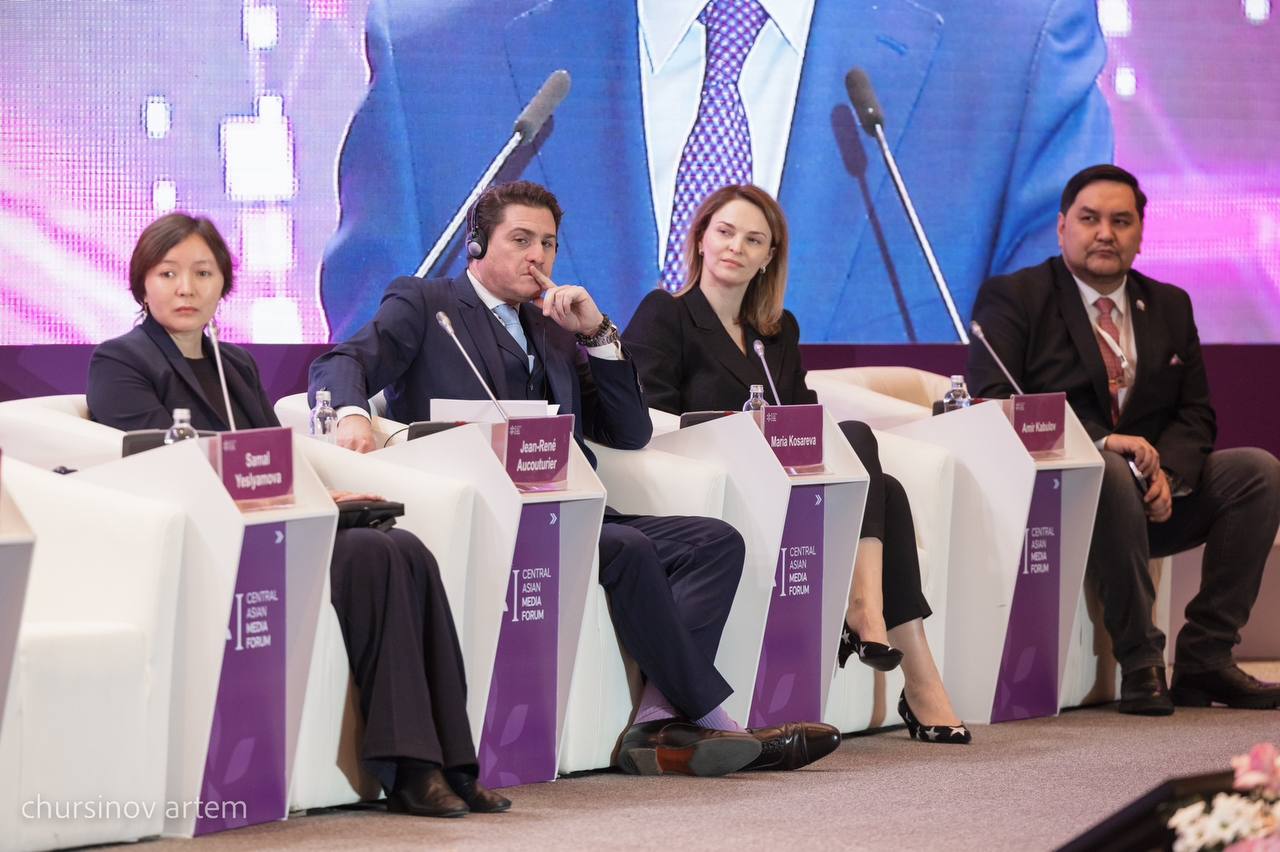 The participants of the Creative industry as the element of social transformation panel session held as part of the Central Asia Media Forum on Dec. 21. Photo credit: Artem Chursinov

“Kazakhstan adopted the Concept for Creative Industry Development for 2021-2025. At the end of 2020, the share of the creative industry in the GDP reached 2.67 percent,” said Kulginov.

According to UNESCO forecasts, the creative industry sector can grow up to 10 percent of the share of GDP globally in the medium term.

Kazakhstan is one of the most dynamically developing countries in kids’ content development, Jean-René Aucouturier, director of sales and brand development of French TV channel Gulli told The Astana Times.

The company, represented in over 70 countries, has been working with Kazakhstan to develop Kazakh language content for children.

“We always try to capitalize on examples, so what is interesting for my company to work with Kazakhstan is that we can develop projects in Kazakhstan, and then we can go to other Central Asian countries and prove to them what we have been able to achieve in Kazakhstan. It is easy to start the project in Kazakhstan because there are a lot of ambitions and so it is giving us the opportunity to develop projects,” Aucouturier said.

Aucouturier took part in the creative industry as the element of the social transformation panel session at the forum.

“It is a wonderful opportunity for the region to bring people from all over the world who will share their perception about the future of media globally,” he said. “In Kazakhstan, we are developing a kids channel named Tiji in the Kazakh language based on the channels we were already making in Russia, in collaboration with Kazakh partners. The local government invests in developing information and content not only for adults but also focused on kids. I am not surprised about their success. So many people want to share their experiences and knowledge, and I think it is the right moment to start this initiative in Central Asia.”

Maria Kosareva, who serves as Paramount Global Vice President for Entertainment and Kids Brands Development in the Commonwealth of Independent States (CIS) and Baltic states, spoke about the results of the study conducted among parents of children from four to 14 in large cities of Kazakhstan.

“There were in-depth interviews. The method allows us to properly assess the interests and see what’s important for the audience,” explained Kosareva.

Some 76 percent of children watch online content on TV or use tablets and smartphones. Forty-four percent spent their time with devices from one to two hours a day and 27 percent of parents do not limit their children’s TV time at all.

“It is important that parents believe the content should be educational at the same time as entertaining. Half of the parents say that they let the children decide what to watch,” she said.

Many parents positively ranked the channel for high-quality colorful cartoons and educational shows.

Kosareva said the popular cartoon “SpongeBob” will be released in the Kazakh language in 2023.

Nickelodeon HD TV channel is the brand that positions itself in the 360-degree format. This year, the channel is also available in the Kazakh language.

Earlier, the local and international experts debated on cooperation through multilateral organizations as part of the Central Asian Media Forum.