ASTANA – A new party called Baitak with an environmental focus received registration from the Kazakh Ministry of Justice on Nov. 30, the party’s founder and chair Azamatkhan Amirtay shared on his Facebook. 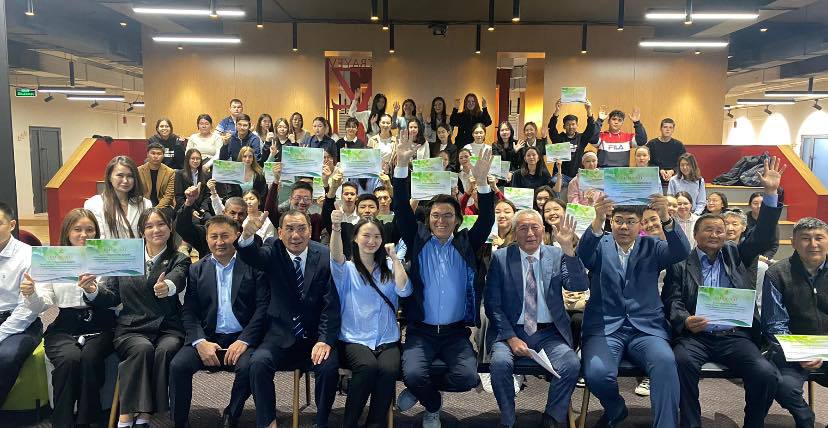 According to him, it all started in 2016 when the activists formed a Baitak Bolashak movement and started traveling to regions. During these trips, they realized that their priority was protecting the environment and people’s health.

Amirtay stressed the strong belief in a common cause among party members.

“The green party is first and foremost about protecting the environment, protecting our beautiful nature. The second is human health, the health of the nation. These values are important. On these values, we gather volunteers and work,” he wrote.

Political expert Gaziz Abishev sees the emergence of a new party as a “positive development.”

“The green agenda is more or less relevant in many countries of the world. This includes Kazakhstan. Of course, it will be hard for the greens to gain power because there are many more pressing social and economic issues, but they will still be able to occupy some niche,” he told The Astana Times. “The question, of course, is what cultural and ideological position they will take – on the question of language, inter-ethnic relations and foreign policy. (…) But for the environmental party, this should be secondary.”

The process of registering a party, however, was a bit challenging, according to Amirtay. Because they have been organizing the party since 2016, the party’s registration had to meet the requirements of the old law.

In his March 16 address to the nation, President Kassym-Jomart Tokayev announced that party registration procedures would be significantly simplified. The registration threshold was reduced fourfold, from 20,000 to 5,000 people. The minimum required number of people at regional branches was reduced threefold, from 600 to 200 individuals.

The minimum number of citizens’ initiative groups to create a party was reduced by almost a third, from 1,000 to 700 people. The timing of the founding congress was increased from two to three months and the period of formation of branches was also increased from six months to one year.

“Liberalization in this matter will greatly enhance the process of development of the political space in the country,” he said in his address. “New parties will emerge, capable of articulating and effectively addressing the urgent problems of their electorate.”

All these changes were signed into law on Nov. 5.