ASTANA – President Kassym-Jomart Tokayev signed into law the constitutional amendments to re-establish the Constitutional Court and expand the powers of the country’s Human Rights Commissioner and the human rights focus of the Prosecutor General, among other laws, at a public ceremony on Nov. 5 at Akorda, reported the presidential press service. 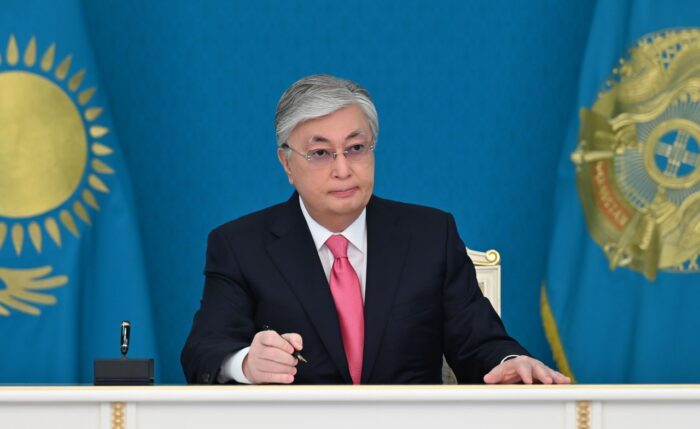 The laws are aimed at increasing the human rights focus of the state policy. Photo credit: Akorda.kz

The six laws that Tokayev signed during the ceremony were adopted following the June 5 national referendum on amendments to the Constitution and marked the “beginning of a constitutional reform”. They are meant to introduce the initiatives he voiced in his March 16 state-of-the-nation address.

“The constitutional reform marked the beginning of a new era in the history of Kazakhstan. It allowed consolidating the political transformation of the last three years and laying a solid foundation for strengthening our statehood. From now on, the principles of justice, transparency and solidarity will be strictly observed. The referendum convincingly showed that we can withstand unprecedented external and internal challenges,” said Tokayev. 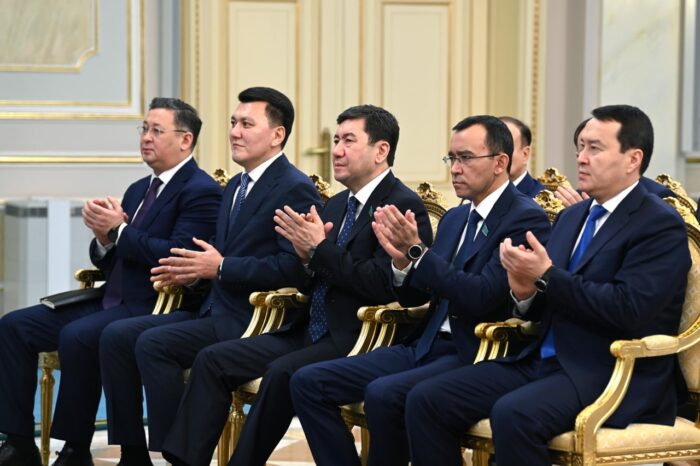 The signing of the laws is rarely held in the format of a public ceremony. Photo credit: Akorda.kz

The human rights commissioner has also been granted immunity from prosecution, has become independent and not accountable to any state bodies and officials, and has the right to apply directly to the Constitutional Court, the same right that the country’s citizens will also acquire.

Transition to a mixed electoral system

The laws also regulate Kazakhstan’s transition to a mixed electoral system, according to a system of proportional representation in the territory of a single nationwide constituency, as well as in single-mandate territorial constituencies. 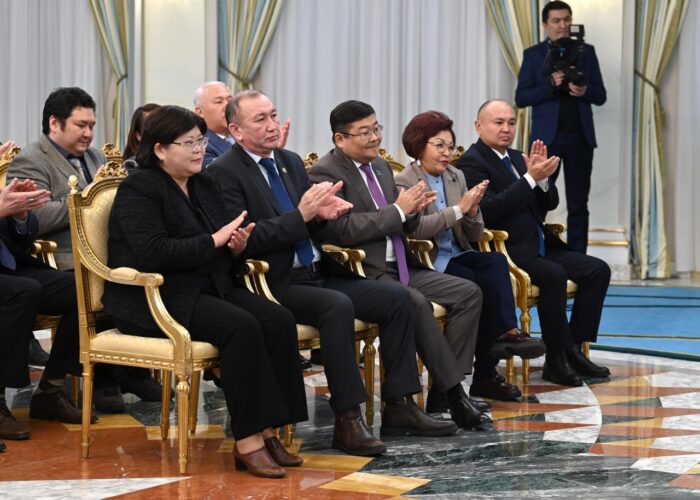 Besides state officials, the public ceremomy also gathered experts and public figures, who took part in the writing of the amendments. Photo credit: Akorda.kz

Some deputies of the Mazhilis, a lower chamber of the Kazakh Parliament, and the regional maslikhats (local representative bodies), and deputies of district maslikhats will be elected in single-member districts.

Kazakhstan will have elections to the Mazhilis and maslikhats in the first half of the next year, which, according to Tokayev, will be held according to “new, more fair and open rules.”

People are at the center of state policies

Tokayev reiterated that the people will continue to be a priority for the state and that the idea of justice will become the basis of the state policy.

“Our Constitution proclaims that the land and its subsoil, water, flora and fauna and other natural resources belong to the people. Thanks to the adoption of this norm, a large-scale National Fund for Children program will be launched. The true greatness of a nation is the well-being of each family and each citizen, which is why the national economy should work for the benefit of the people,” said the President.

Since 2019, Kazakhstan has implemented four packages of political reforms, within which 13 laws were adopted to increase competitiveness and transparency of the political process, according to State Counselor Erlan Karin.

“It is clear that the constitutional reform required amendments and additions to the current legislation. The government drafted relevant laws reflecting the constitutional amendments and submitted them to the Parliament in September. These laws were first thoroughly and comprehensively reviewed and approved by the Mazhilis, then adopted by the Senate and today publicly signed by the President,” wrote Karin on his Telegram channel.