By Aida Haidar in International on 29 November 2022

ASTANA – Kazakh Deputy Prime Minister – Foreign Minister Mukhtar Tileuberdi had a phone conversation on Nov. 26 with the United States Secretary of State Antony J. Blinken upon the initiative of the U.S. side, reported the ministry’s press service on Nov. 29. 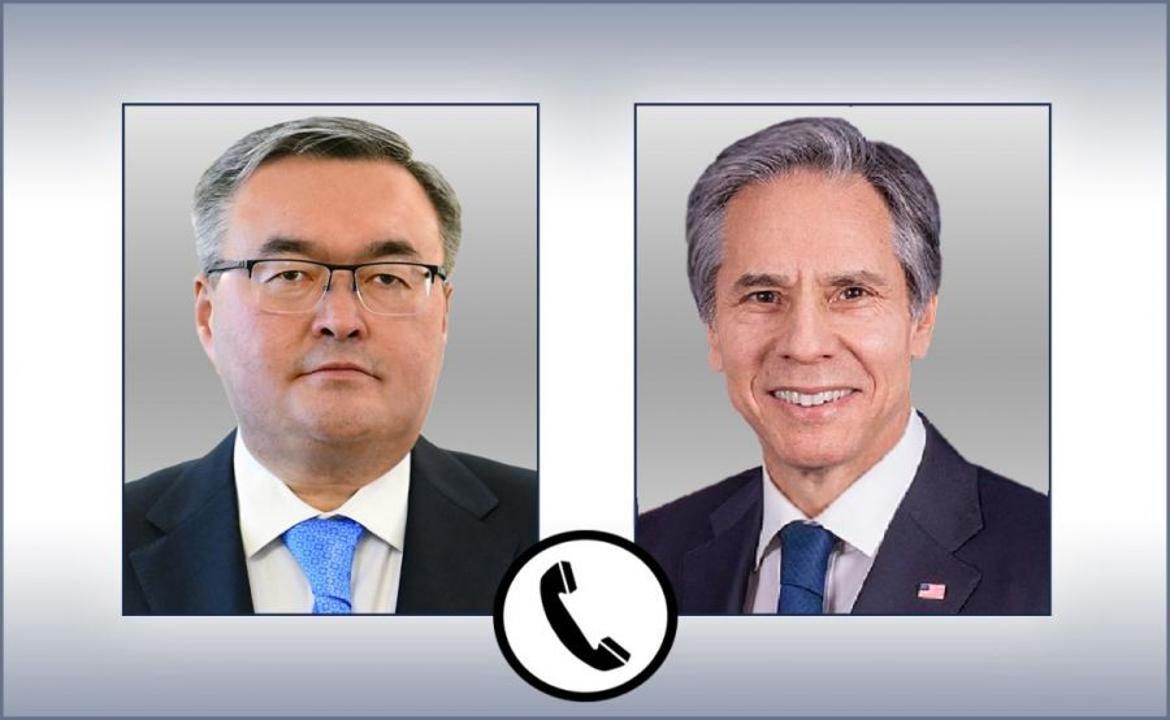 The sides discussed bilateral and multilateral collaboration between Kazakhstan and the US in the spirit of enhanced strategic partnership and the current international and regional agenda.

Tileuberdi informed U.S. Secretary Blinken about the results of the recent presidential election. He expressed appreciation for the U.S. State Department’s statement, which reaffirmed Washington’s support for the democratic reforms initiated by President Kassym-Jomart Tokayev.

In the statement, the US extended its unwavering support for Kazakhstan’s sovereignty, independence, and territorial integrity, citing it as a bedrock of bilateral partnership for over 30 years.

“The United States supports the wide-ranging reforms proposed by President Tokayev earlier this year and the stated aims, including growing the private sector, demonopolizing the economy, and combating corruption, while strengthening checks and balances, the rule of law, and human rights protections.  The development of strong democratic institutions and a vibrant civil society is critical to Kazakhstan fully realizing its goals,” reads the statement.

Blinken focused on steadfast support for Kazakhstan’s independence, sovereignty, territorial integrity, and the upcoming US – Kazakhstan Enhanced Strategic Partnership Dialogue. Highlighting the support for Tokayev’s political and economic reforms, Secretary Blinken stressed that their full implementation would ensure a prosperous Kazakhstan and a secure Central Asia.

U.S. Ambassador to Kazakhstan Daniel Nathan Rosenblum stated last week during a meeting with Kazakh media representatives that both countries place high importance on the region’s stability and peaceful development.

Over the years since independence, gross foreign direct investment (FDI) inflows from the US into the Kazakh economy have exceeded $60 billion. FDI inflows totaled $3.24 billion in the first half of 2022, a 54 percent increase over the same time in 2021 ($2.1 billion).

The US is one of the leading investors in the Kazakh economy, ranking second in the first half of 2022. The financial sector, energy, retail, engineering, mining, transportation, communications, pharmaceuticals, and real estate are the most attractive investment cooperation areas, including 589 joint ventures and companies with American capital in Kazakhstan.