US to Support Regional Stability and Economic Diversification in Kazakhstan, UN Charter Principles, Says US Ambassador

By Aida Haidar in International on 28 November 2022

ASTANA – The United States and Kazakhstan are interested in regional stability and peaceful development as nothing is possible without them, said U.S. Ambassador to Kazakhstan Daniel Nathan Rosenblum during a meeting with Kazakh media representatives on Nov. 25. 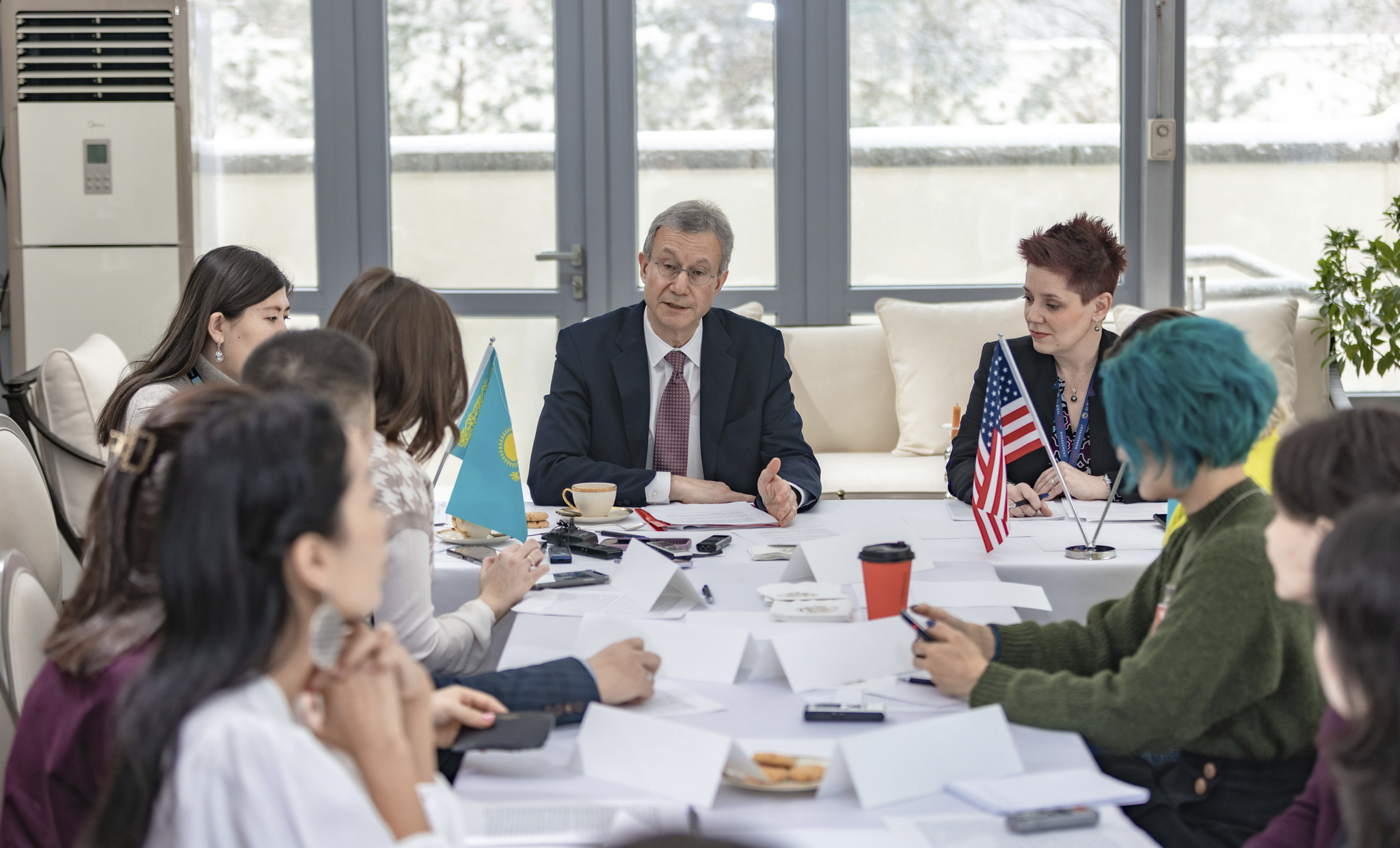 Daniel Rosenblum was sworn in as the U.S. Ambassador to Kazakhstan on Oct. 28. Photo credit: U.S. Embassy in Kazakhstan

According to Rosenblum, the US believes a newly re-elected President of Kazakhstan Kassym-Jomart Tokayev will put the country’s sovereignty and independence at the forefront of its foreign policy. He noted that the US is ready to support the President, emphasizing Tokayev’s steadfast devotion to international rules, including the principles of the United Nations (UN) Charter.

“These principles are being seriously challenged by some countries right now, and I think that the United States and Kazakhstan together can stand for those principles of the UN charter,” Rosenblum said.

Kazakhstan is in a unique geopolitical scenario where diverse interests should be balanced and the US is aware of this reality while working with the Kazakh government.

Ambassador Rosenblum said the US welcomed President Tokayev’s announcement of social, economic, and political reforms, saying that if such reforms are fully implemented, it will be a significant step toward solidifying democracy in Kazakhstan.

Rosenblum’s tenure as the ambassador will include assistance in Kazakhstan’s economic diversification, particularly the diversification of trade routes and export markets.

“Going forward, the key will be to make sure that Kazakhstan has enough diversity in its export routes to make sure its energy reaches markets, and that is a big challenge […], and it will take time. But everyone is now focused on the need for that diversification,” he said.

One of the alternative routes in the final phases is the Baku-Tbilisi Ceyhan pipeline, according to him, which will transport almost 1.5 million tons of Kazakh oil beginning early next year.

Rosenblum added that the US has been paying close attention to ensuring that the sanctions against Russian energy do not inadvertently affect Kazakhstan’s oil exports.

“While it requires a lot of coordination among the U.S. government, European governments, the oil companies, and the Kazakh government, so far efforts in this regard have been pretty successful,” he concluded.