By Aida Haidar in International on 30 November 2022

ASTANA – De-globalization and regionalization go hand in hand with the deepening of global relations, said Director of the Institute of World Economics and Politics Yerzhan Saltybayev during the seventh meeting of the Astana Club in Paris dedicated to the theme of Greater Eurasia: Building Dialogue in the Age of Uncertainty. 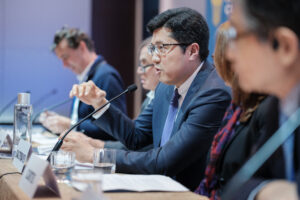 “The trend towards globalization may continue but will take on other forms. Although Europe and Asia are distinct macro-regions on the Eurasia supercontinent, they are part of a closely interconnected single economic space. The assembly point of this space becomes Central Asia with Kazakhstan as a key country in this region,” said Saltybayev.

Director of the Center for Byzantine Studies, Professor at Oxford University Peter Frankopan echoed Saltybayev, noting that leading international players will have to adapt to the process of de-globalization and new geopolitical and geo-economic conditions.

Concerning the challenges confronting Central Asian countries, Frankopan underlined that much relies on which of the neighbors is prioritized – Russia or China. According to the expert, the Central Asian countries’ rising need to maneuver between Moscow and Beijing leads them to employ a more sophisticated approach in their foreign policy strategy. 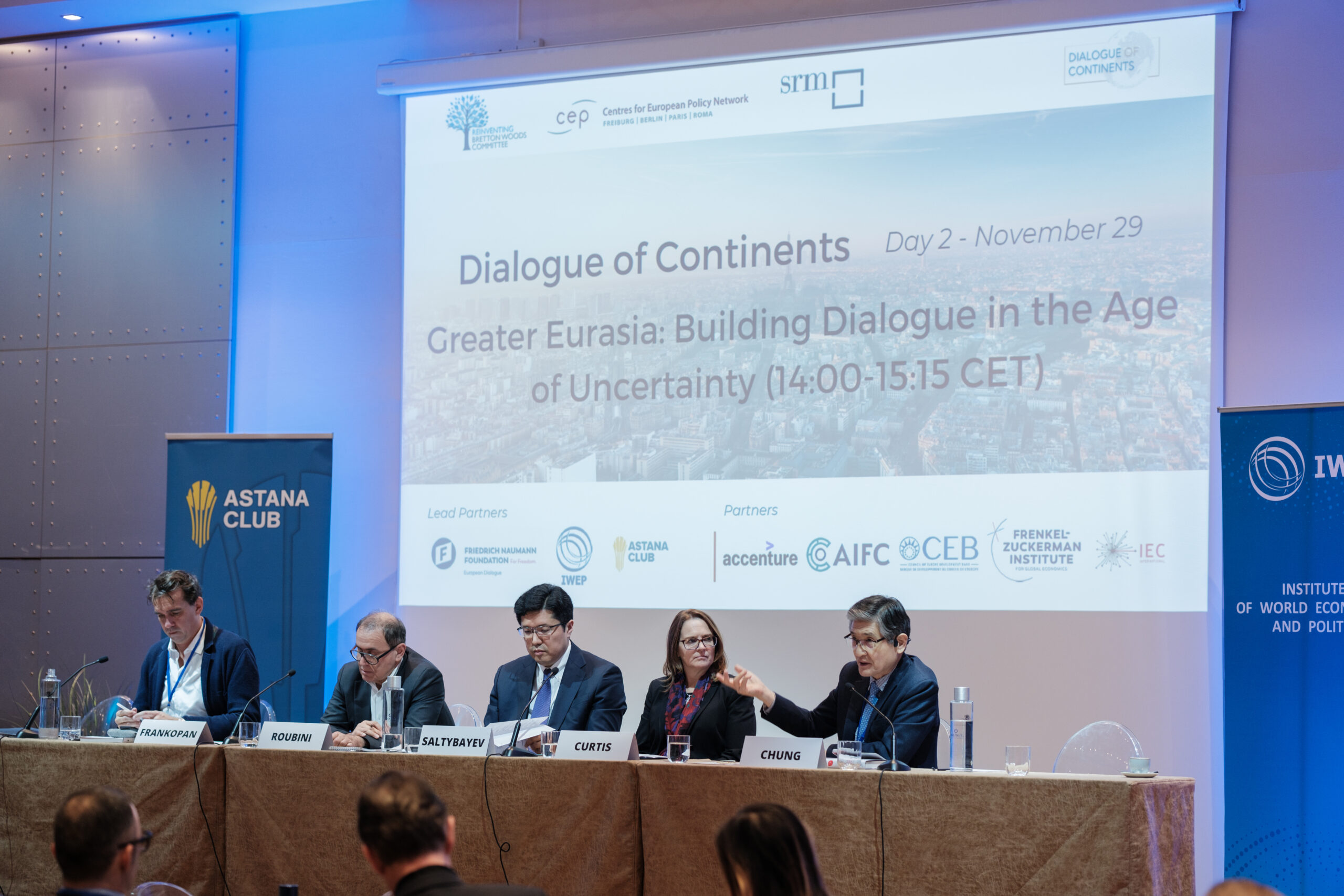 Given the current geopolitical processes in Eurasia, the Director of the Indo-Pacific Security Program at the Center for a New American Security (CNAS) Lisa Curtis said that the United States and the European Union had a window of opportunity to intensify policy toward Central Asia. The promotion of the trans-Caspian transport and energy corridor will receive particular focus.

Member of the Intergovernmental Panel on Climate Change (IPCC) and winner of the Nobel Peace Prize in 2007 Rae Kwon Chung brought the attention of the session participants to the climate agenda. In an uncertain world, he said that one thing can be declared with certainty: climate change is inevitable. Achieving a synergistic effect between economic growth needs and climate change mitigation measures will be critical to overcoming the environmental crisis.

Kazakhstan’s Green Bridge collaboration program was cited as a strong example of putting green growth principles into practice. Kazakhstan and Uzbekistan, in particular, have tremendous potential for producing green energy, which could soon be in demand in Europe and Asia’s energy-deficient economies.

Finally, the experts concluded that resolving the Ukraine crisis would be pivotal in comprehending the region’s future development. The Eurasian region, and particularly the countries of Central Asia, will remain a focus of heightened geopolitical interest.

The seventh Astana Club meeting, held in the manner of a field session alongside the Dialogue of Continents forum in Paris, took place during President Kassym-Jomart Tokayev’s official visit to France. All participants acknowledged the importance and timeliness of Tokayev’s visit.

The event’s main organizers were the Bretton Woods Renewal Committee and the Institute for World Economics and Politics.