By Staff Report in International on 29 November 2022

ASTANA – Kazakh President Kassym-Jomart Tokayev reiterated the country’s commitment to boost its strategic partnership with France at a Nov. 29 meeting with President of France Emmanuel Macron in Paris, as the President paid an official visit to France, reported the Akorda press service. 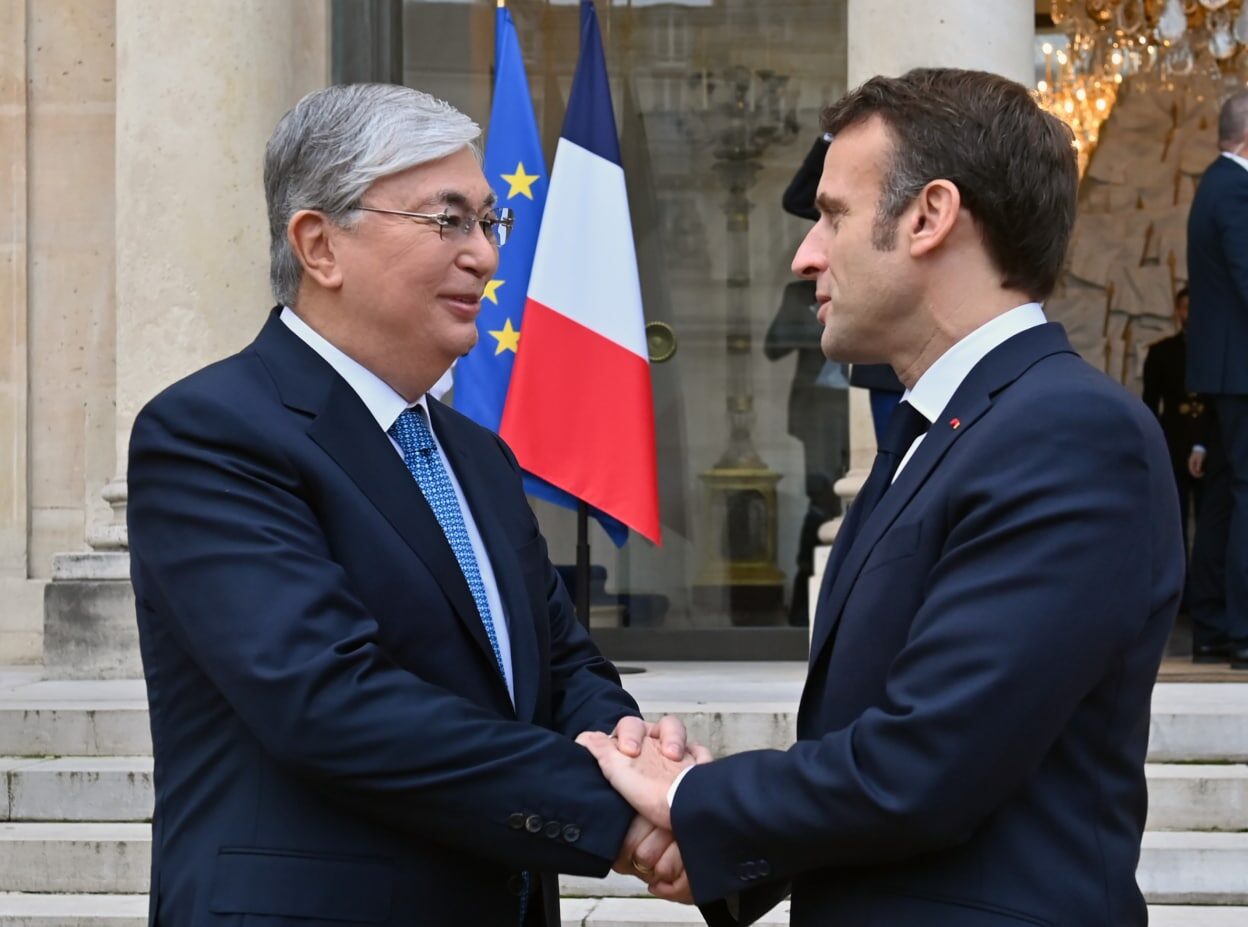 During the meeting, Tokayev spoke about Kazakhstan’s ongoing political and economic reforms.

The sides exchanged views on strengthening cooperation in education and culture and addressed acute issues on the international agenda and the situation in Central Asia.

Kazakhstan is a strategic partner of France, said Macron. He also announced the opening of French language schools in Kazakhstan in 2024.

Since 2005, France has been among the country’s top five investors. In the first half of 2022, France invested $299.3 million in Kazakhstan. Between January and September this year, bilateral trade turnover reached $2.5 billion.