Kazakhstan and France Sign Bilateral Agreement on Economic Cooperation Through 2030

NUR-SULTAN – Kazakhstan and France signed a joint roadmap for economic and investment cooperation until 2030. The document was signed on May 13 during the visit of Franck Riester, Minister Delegate for Foreign Trade and Economic Attractiveness, attached to the Minister for Europe and Foreign Affairs to Kazakhstan, the press office of the Kazakh Invest national company reported. The event was organized by the Kazakh Ministry of Foreign Affairs, Kazakh Invest, embassies of both countries and the French Business Federation (MEDEF). 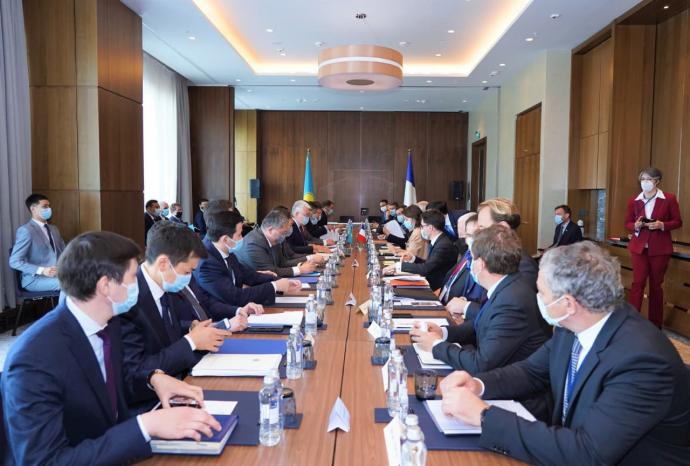 Kazakhstan and France have a history of more than 20 years of mutually beneficial cooperation, particularly in the fields of extractive energy, aviation, construction of railway equipment and space technology. During the meeting, Riester expressed hope that the agreement, which was initiated by French President Emmanuel Macron, will mark a new stage in the strategic partnership between the two countries.

“In 2018, the presidents of our countries initiated a roadmap for Franco-Kazakh economic cooperation for 2021-2030. The roadmap will give new impetus to our bilateral economic relations for the next ten years. I believe that all conditions have been created so that Franco-Kazakh economic relations will diversify and constantly expand over the next decade, and this time with numerous initiatives. I believe that specific projects will be implemented in the near future,” said Riester. 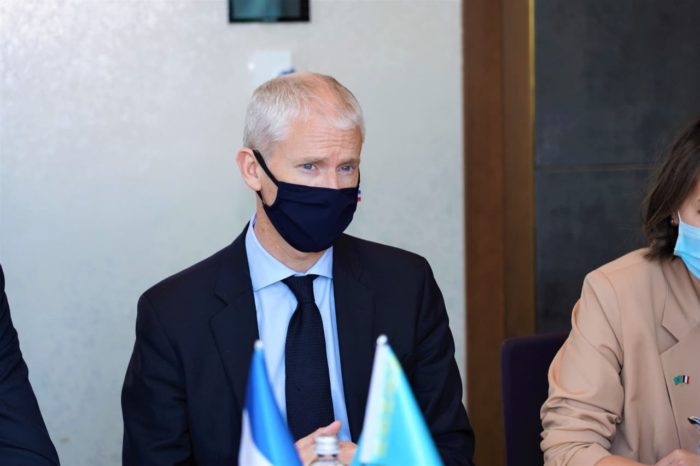 The French Minister also met with the Kazakh President’s Special Representative for International Cooperation Yerzhan Kazykhan, the representatives of the Ministries of Industry and Infrastructure Development, Energy, Finance, Digital Development, Innovation and Aerospace Industry, as well as with the Akimat (city administration) of Nur-Sultan and leadership of Samruk-Kazyna and Baiterek companies.

The discussion throughout the meetings primarily focused on strengthening mutually beneficial cooperation between the business structures of Kazakhstan and France. In addition, the implementation of joint projects in the fields of energy, water management modernization, housing, communal infrastructure, digital healthcare, biometric systems, automotive, transformers’ production and space satellites assembly were also reviewed by the involved parties.

Following the negotiations, the French Development Agency and the Kazakh Ministry of National Economy also signed a memorandum of intent in the field of healthcare and a memorandum of cooperation.