Nuclear War Has No Winners and It Must Never Be Unleashed, Says Declaration Signed by Tokayev and Putin

ASTANA – There can be no winners in a nuclear war and it must never be unleashed. This is one of the premises in the declaration signed by Kazakh President Kassym-Jomart Tokayev and Russian President Vladimir Putin in Moscow on Nov. 28. 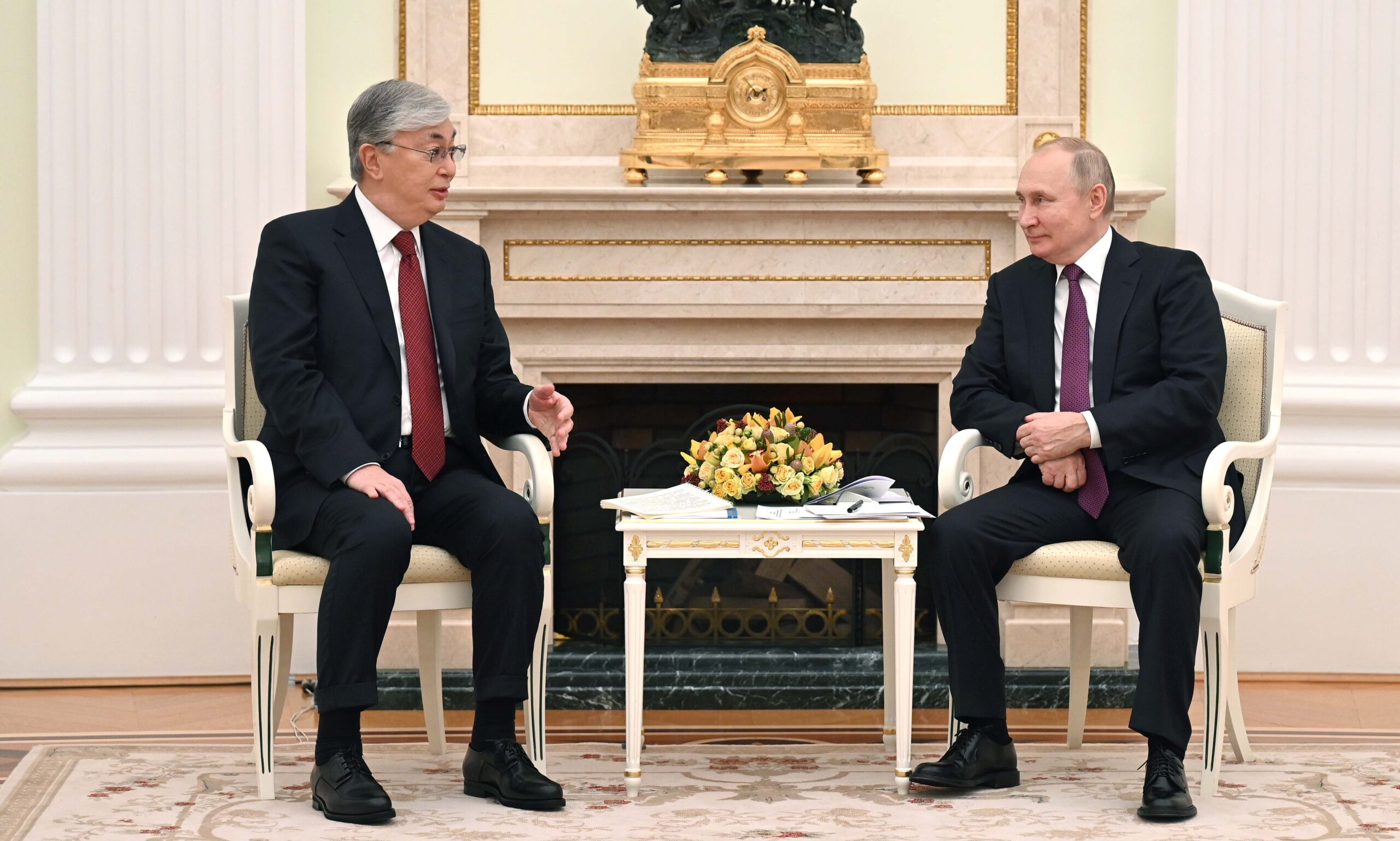 During his meeting with Putin, Tokayev said his visit to Moscow is symbolic and has profound political significance. Photo credit: Akorda.kz

The declaration signed by the two presidents marks the 30th anniversary of diplomatic relations between Kazakhstan and Russia, with the two leaders reaffirming their joint efforts to maintain peace, stability and security at both the global and regional levels, strengthen the United Nations’ central coordinating role and expand the contribution of the UN Security Council to conflict prevention and resolution.

The two leaders agreed to “refrain from any actions that could harm the strategic partnership and allied relations between the two states.”

“The Russian Federation and the Republic of Kazakhstan reaffirm their support for the Treaty on a Nuclear-Weapon-Free Zone in Central Asia of Sept. 8, 2006, and note the importance of completing the process of institutionalizing the Treaty through the ratification of the protocol to it by all nuclear-weapon states,” reads the declaration published on Kremlin website.

The treaty is a legally binding commitment by Kazakhstan, Kyrgyzstan, Tajikistan, Turkmenistan, and Uzbekistan not to manufacture, acquire, test, or possess nuclear weapons. The treaty was signed on Sept. 8, 2006, at the former Semipalatinsk nuclear test site in Kazakhstan and was entered into force on March 21, 2009.

Kazakhstan is a country with a vast experience in nuclear non-proliferation. The Central Asian nation, with a territory nearly the size of Western Europe and a population of more than 19 million, voluntarily dismantled the nuclear arsenal that it had inherited following the collapse of the Soviet Union, the world’s fourth largest one at the time.

The country takes part in the work of the International Atomic Energy Agency (IAEA) and all review conferences of the Treaty on the Non-Proliferation of Nuclear Weapons. The latest conference was hosted in New York in August.

It is not the first time that Tokayev has raised this topic. He frequently speaks about nuclear non-proliferation in his global and domestic appearances.

“We are witnessing a worrying increase in references to the use of nuclear weapons. We must remember that atomic energy is an outstanding achievement of humankind, which should be used exclusively for the peaceful benefit of our people and not as a destructive weapon,” he said at a Nov. 4 meeting with heads of the diplomatic missions in Astana.