NUR-SULTAN – Kazakhstan has undertaken a deliberate policy to strengthen the nuclear non-proliferation regime and make efforts toward the universal goal of total elimination of nuclear weapons as well as expanding nuclear-weapon-free zones, said Akan Rakhmetullin, First Deputy Minister of Foreign Affairs during the Tenth Review Conference of the Treaty on the Non-Proliferation of Nuclear Weapons (NPT) on Aug. 3 in New York, reported the foreign ministry’s press service. 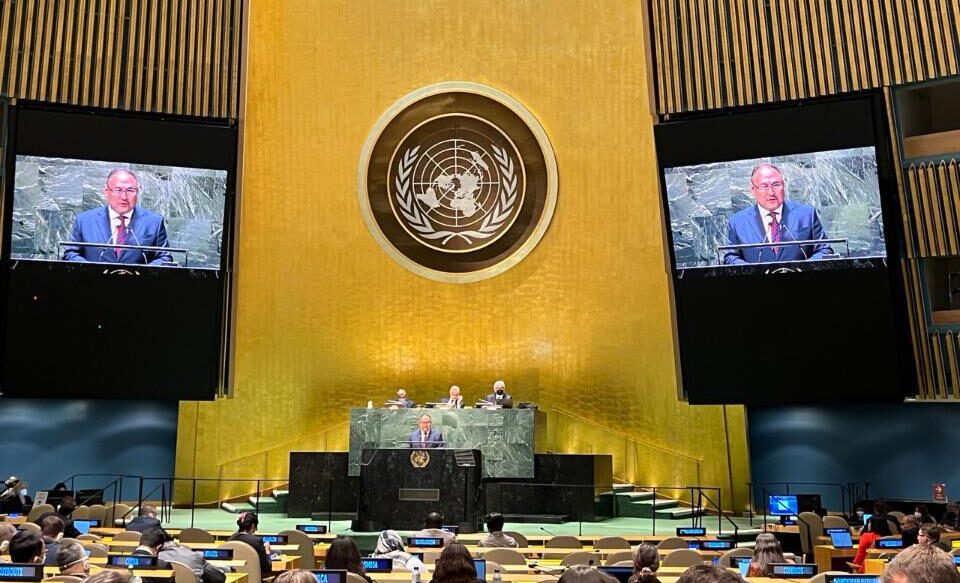 Kazakhstan, being one of the world’s largest nuclear test sites in the past, where the Soviet authorities conducted over 400 nuclear tests, closed its polygon in 1991 and voluntarily abandoned its nuclear arsenal, despite having the fourth largest arsenal in the world. Kazakhstan became a member state of the NPT in 1993.

The Kazakh delegation, led by Rakhmetullin, attended the review conference along with 133 state representatives and non-governmental organizations. The conference takes place in New York from Aug. 1 to 26.

According to Rakhmetullin, Kazakhstan strictly follows the three pillars of the treaty, which are nuclear disarmament, non–proliferation, and the use of atomic energy for peaceful purposes. Having experienced the detrimental consequences of nuclear tests, Kazakhstan urges other states to maintain strict compliance with all these “cornerstone principles of the NPT,” said Rakhmetullin.

United Nations Secretary-General António Guterres said that the world “needs the NPT as much as ever,” according to a UN press release.

He stressed that geopolitical tensions around the world make states “seek false security in stockpiling,” which on the contrary, increases instability. With around 13,000 nuclear weapons held in arsenals around the world, “humanity is just one misunderstanding, one miscalculation away from nuclear annihilation,” said Guterres.

In this regard, Rakhmetullin on behalf of the Central Asian Nuclear-Weapon-Free Zone (CANWFZ) states that include Kyrgyzstan, Tajikistan, Turkmenistan and Uzbekistan, encouraged the conference participants to support efforts to establish nuclear-weapon-free zones in other regions of the world.

Kazakhstan is committed to strengthening the nuclear non-proliferation regime during the country’s chairmanship on the First Committee that deals with disarmament, global challenges and threats to peace during the upcoming 77th session of the UN General Assembly.

Rakhmetullin also reiterated that Kazakhstan as a chair of the Third Conference of the Treaty on the Prohibition of Nuclear Weapons will make every effort to achieve the universal goal of the total elimination of nuclear weapons.

During the sideline events, Rakhmetullin met with representatives of states party to NPT, including the U.S. Under Secretary of State Bonnie Jenkins, Assistant Minister for Trade of Australia Senator Tim Ayres, Secretary of State of the Ministry of Foreign Affairs and European Integration of Moldova Ruslan Bolbocean to discuss expansion of cooperation on the peaceful use of atomic energy.

The treaty was adopted by the UN General Assembly in 1968 and legalized the nuclear arsenals of the United Kingdom, China, Russia, the United States, and France. Other signatory states are obliged not to develop or purchase nuclear weapons while the recognized nuclear states took the commitment to work towards eventual nuclear disarmament. 191 states have signed the treaty to date. The review conference is organized every five years. The previous conference was held in 2015.