By Staff report in International on 28 November 2022 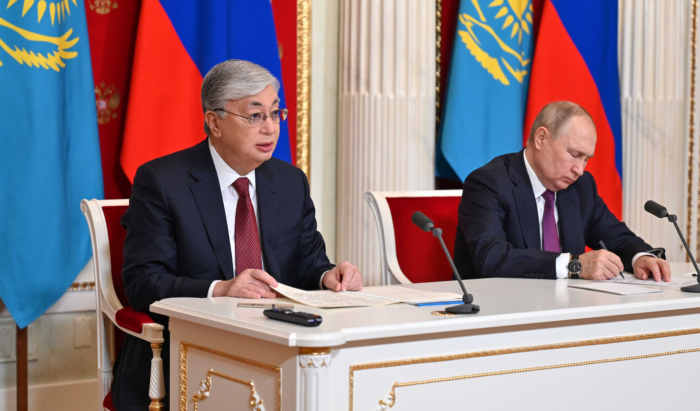 Tokayev noted that the direct investment flow from Russia to Kazakhstan exceeded pre-pandemic rates more than three-fold and totaled $1.9 billion. Kazakhstan’s investments, in turn, grew by 34 percent and were $535 million.

The President also highlighted the growing trade turnover between the countries.

“Last year, trade between Kazakhstan and Russia hit a new record high of $24.5 billion. The results of the first nine months of this year show a 5 percent increase. The number of products exported from Kazakhstan to Russia surged. Their cost exceeds $100,000. Compared to last year, the number of commodity items increased from 640 to 1,050 items,” he said. 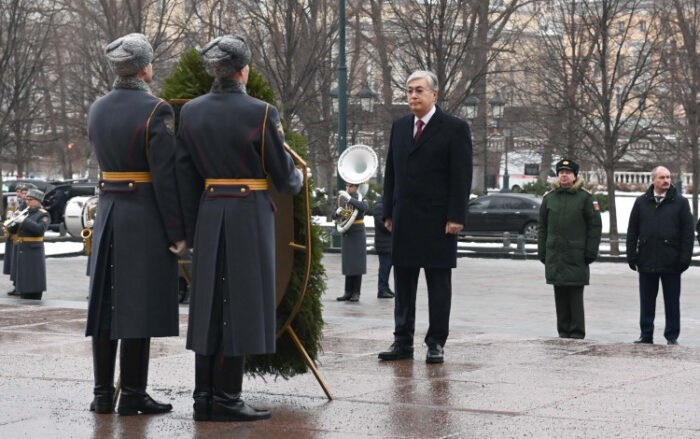 Tokayev also participated in a flower ceremony at the Tomb of the Unknown Soldier memorial in the Alexander Garden in Moscow on Nov.28. Photo credit: Akorda press service.

With a significant increase in border trade, Tokayev stressed the need to continue facilitating this type of trade. He proposed bolstering the subcommittee’s work on cross-border and interregional cooperation, improving border infrastructure, and expanding the capacity of border crossings.

“We believe this work should be carried out considering the emerging transnational corridors, including the Belt and Road initiative and the International North-South Transport Corridor,” he said.

During a meeting with Russian President Vladimir Putin, both leaders signed a declaration commemorating the 30th anniversary of diplomatic relations between the two countries.

Earlier, Tokayev also participated in a flower ceremony at the Tomb of the Unknown Soldier memorial in the Alexander Garden.