Kazakhstan to Cooperate with Fortescue Company on Green Hydrogen

By Staff Report in Business on 10 November 2022 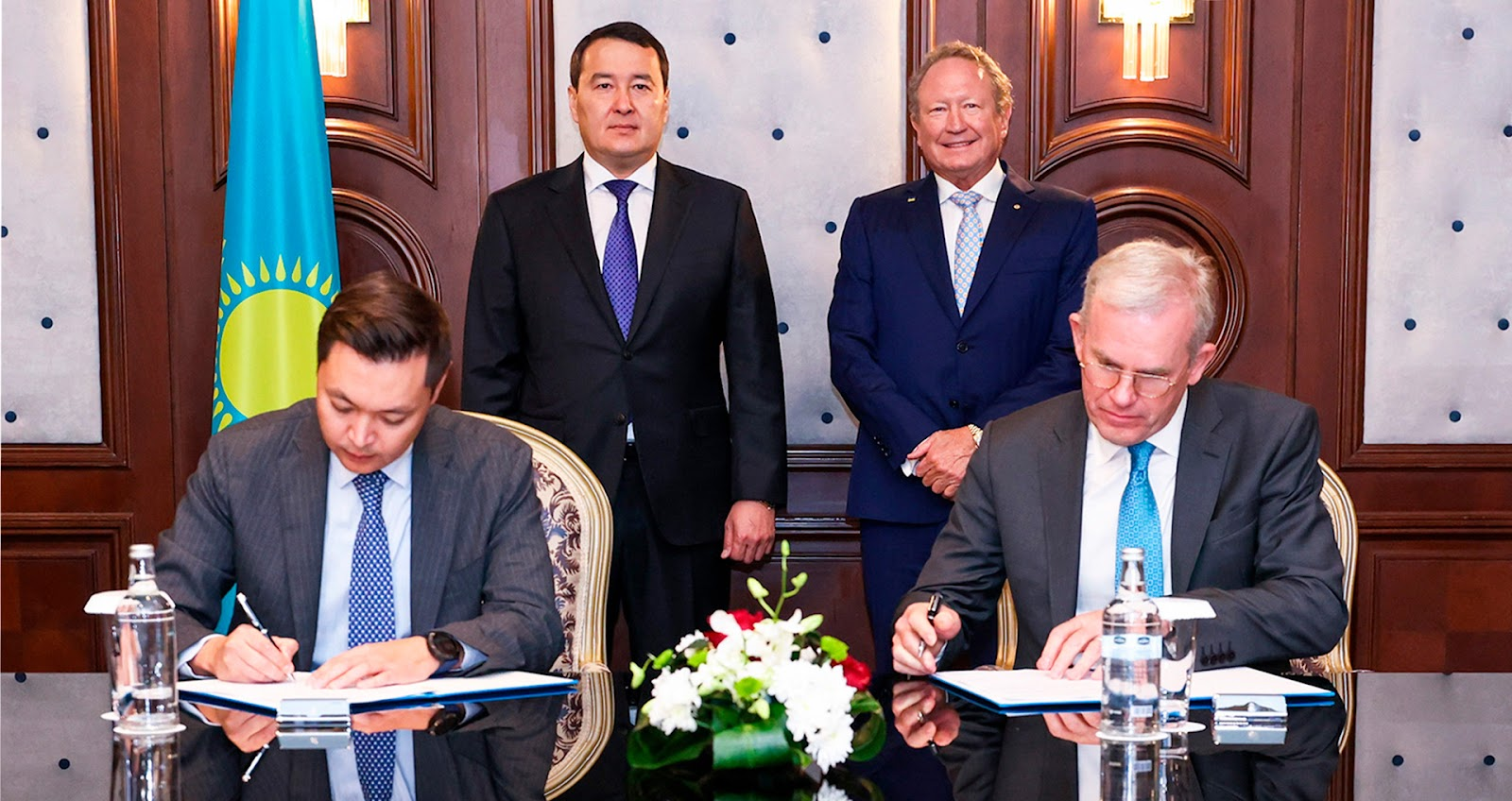 “The production of green hydrogen is a priority area for us as part of developing alternative energy sources. According to international experts, Kazakhstan has the potential to become one of the top ten largest suppliers of this environmentally friendly type of fuel. The support of strategic partners is critical in achieving this goal,” said Kazakh Prime Minister Alikhan Smailov during the meeting with Fortescue Executive Chair Andrew Forrest in Sharm El-Sheikh.

According to Smailov, this green hydrogen project is one of the largest in the region. He says that the Kazakh government has revised its investment recruitment strategy to expand the number of private enterprises in the green energy sector.

Andrew Forrest, in turn, highlighted that green hydrogen’s production would assist in decarbonizing heavy industry, creating jobs and improving the environmental friendliness of the energy industry as a whole.

“We are pleased to share our experience and capabilities with Kazakhstan to help realize this potential as soon as possible,” he said.

Implementing the green hydrogen agreement should help the country achieve its goal of diminishing greenhouse gas emissions by 15 percent by 2030 and reaching carbon neutrality by 2060. The agreement also envisages the export of this fuel to Europe as per the memorandum of understanding Kazakhstan signed with the European Union Commission President Ursula von der Leyen a couple of days earlier.

The implementation of technologies to produce “clean” hydrogen should allow Kazakhstan to become one of the world’s largest fuel suppliers in five to seven years.