By Aida Haidar, Aibarshyn Akhmetkali in Election 2022, International on 21 November 2022

ASTANA – Kazakhstan’s presidential election was transparent, with an overall high voter turnout of 69 percent and in strict accordance with the country’s law, said numerous international observers during press briefings held throughout Nov. 21 at various locations. 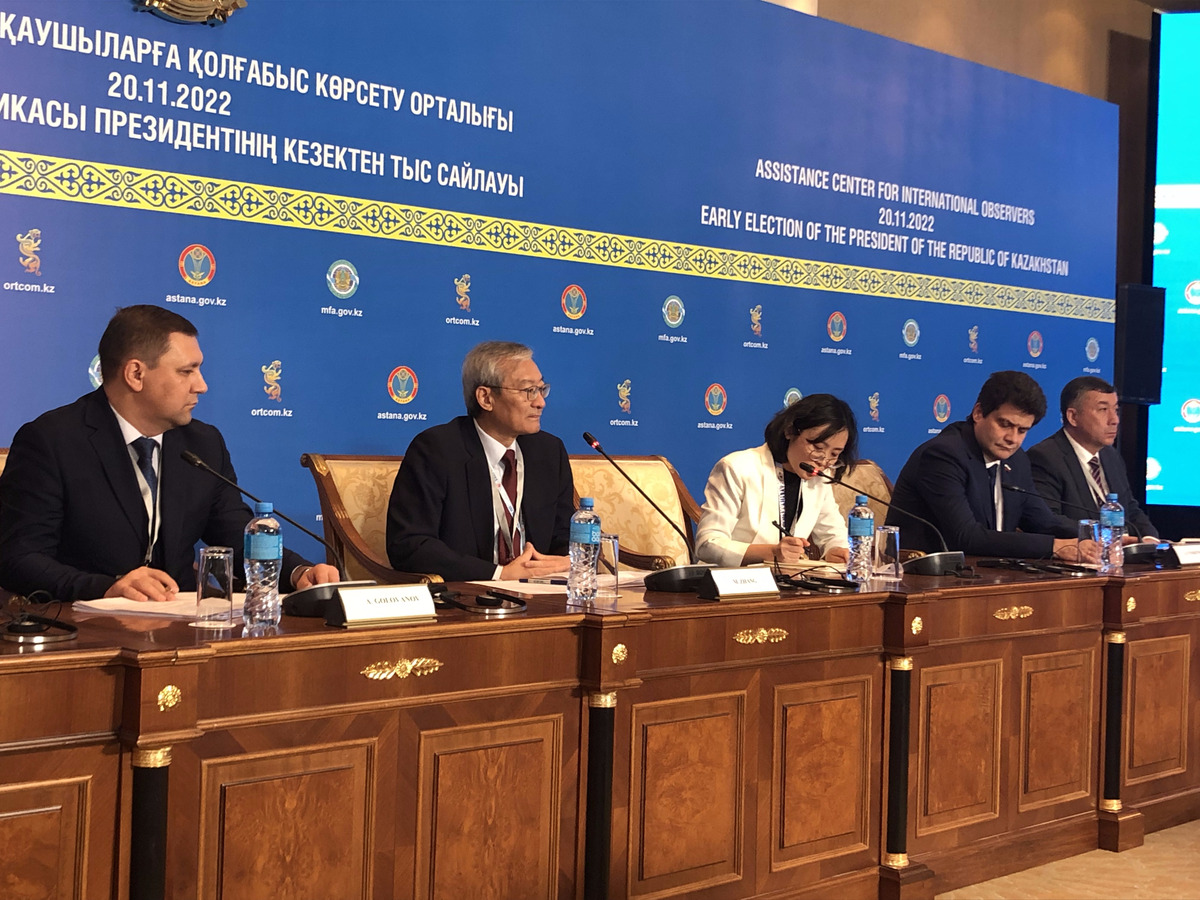 According to SCO Secretary-General Zhang Ming, the SCO mission views the presidential election in line with the country’s legislation and international obligations.

“Kazakhstan’s quest for openness, democracy, and transparency was evident in the recent presidential election that will have tremendous political implications for the country’s future,” said Zhang Ming.

Zhang Ming said all SCO observers have been committed to political independence and neutrality without giving particular preference to participants in the electoral process. 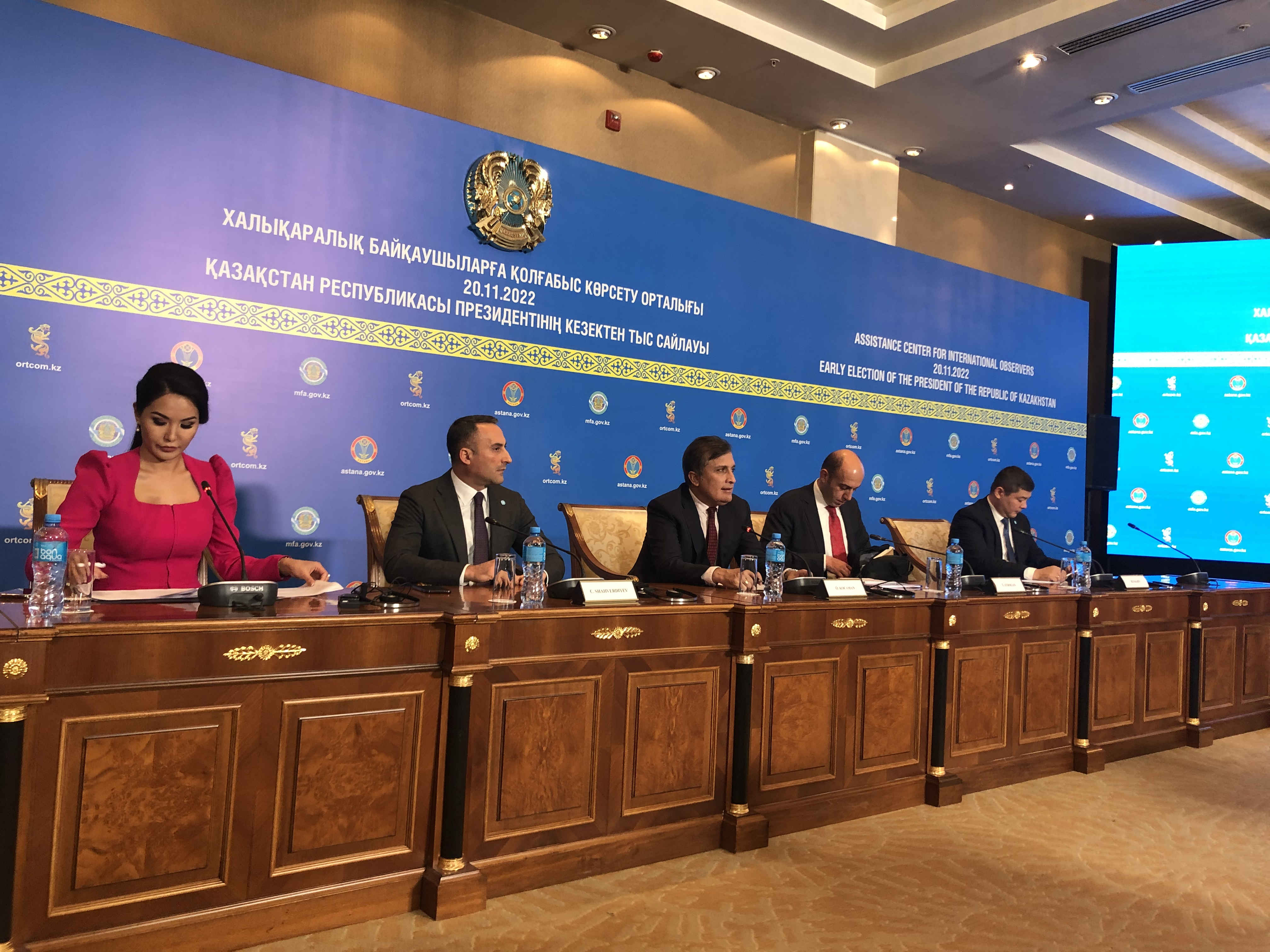 “The mission did not see any serious technical problems that would affect the elections, did not see any attempts to influence the right to vote from outside. We congratulate the people of Kazakhstan on successful elections and hope their results will strengthen fraternal relations in the Turkic world,” said Kocaman.

According to TurkPA, the Kazakh presidential election was conducted in compliance with fairness and international standards. The mission’s head and member of Türkiye’s Grand National Assembly Yerbol Kaya noted that TurkPA observers began monitoring the election process from the opening of polling stations until the ballots were counted.

“We are optimistic about the outcome of the elections. Our delegation witnessed the elections being conducted at a high, professional level. We noticed that all bodies were prepared for the elections. We give a positive assessment also because all conditions for individuals with disabilities were provided,” said Kaya.

The CIS observers commended the efficient organization of the election and said the vote count complied with the constitutional law. The mission said they did not observe any significant violations or deviations from the legal framework.

In a statement of preliminary findings and conclusions, head of OSCE and ODIHR observer mission Urszula Gacek said while the election was efficiently prepared, saw the improvement in digitization, facilitated procedures of complaint submission, and increased responsiveness of state bodies, some problems persisted. 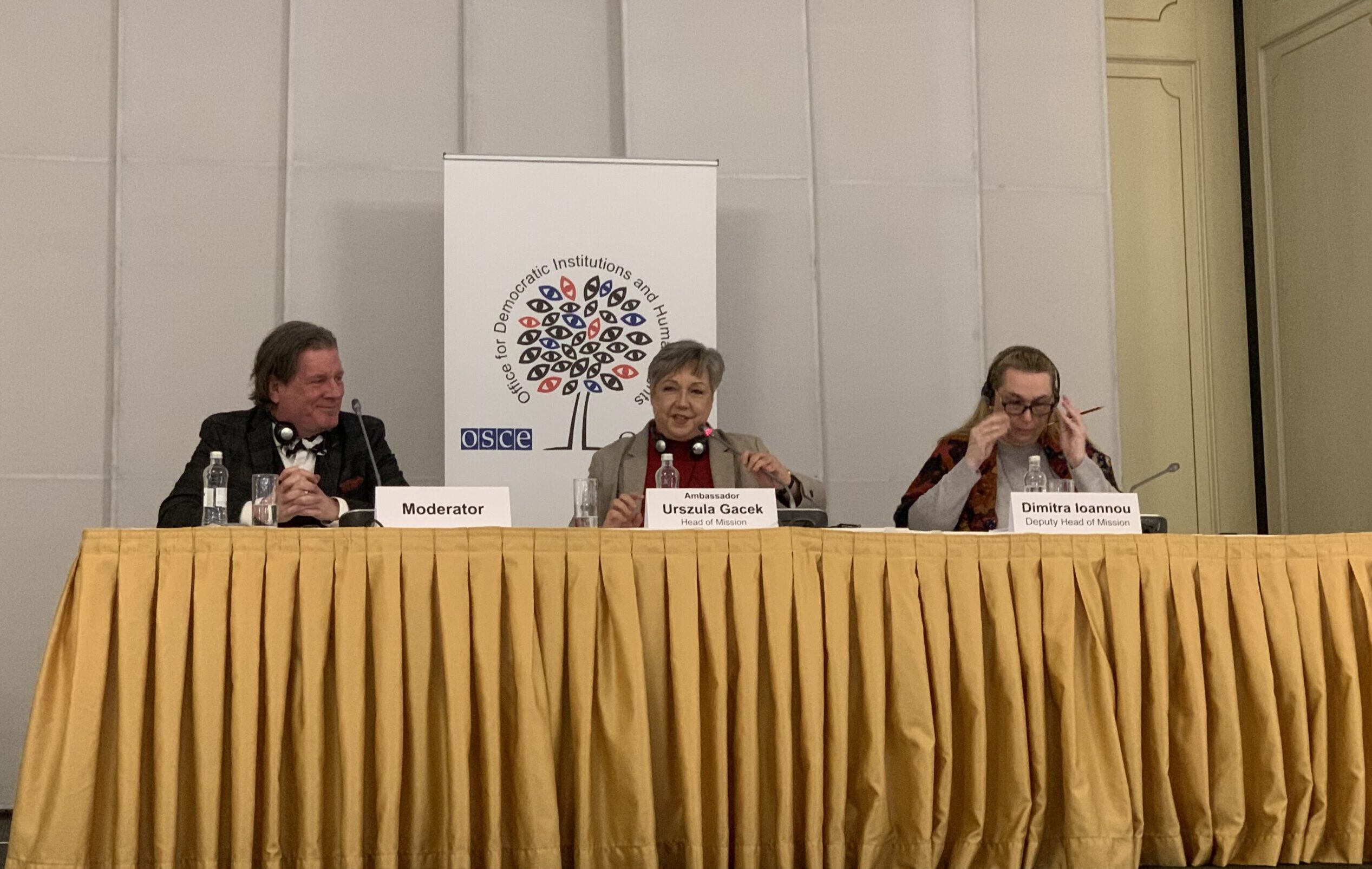 “The Nov. 20 early presidential election in Kazakhstan took place in a political environment lacking competitiveness and while efficiently prepared, the election underlined the need for further reforms to bring related legislation and its implementation in line with OSCE commitments to ensure genuine pluralism,” said Gacek.

On the election day, the nearly 300-member mission that represented 35 OSCE member states were deployed to observe the opening of the polling stations, the voting, and counting and tabulation across the country.

Gacek described the overall atmosphere on the day of the election as calm. “The Election Observation Mission observers assessed the voting process positively in 95 percent of the 1,131 observations. Voting procedures were mainly followed,” she said.

According to Gacek, no election is entirely good or bad. “You could see this as an opportunity,” she said. “It shows the shortcomings, but it also creates a way forward for the authorities of Kazakhstan to address these recommendations. Especially, ahead of the new parliamentary elections coming very soon in the next year.”

According to the mission statement, the main driver for many voters was preserving peace and security, followed by democratic aspirations. This was a vote for hope, said mission member Daniel Witt from the International Tax and Investment Center in Washington, D.C., United States. 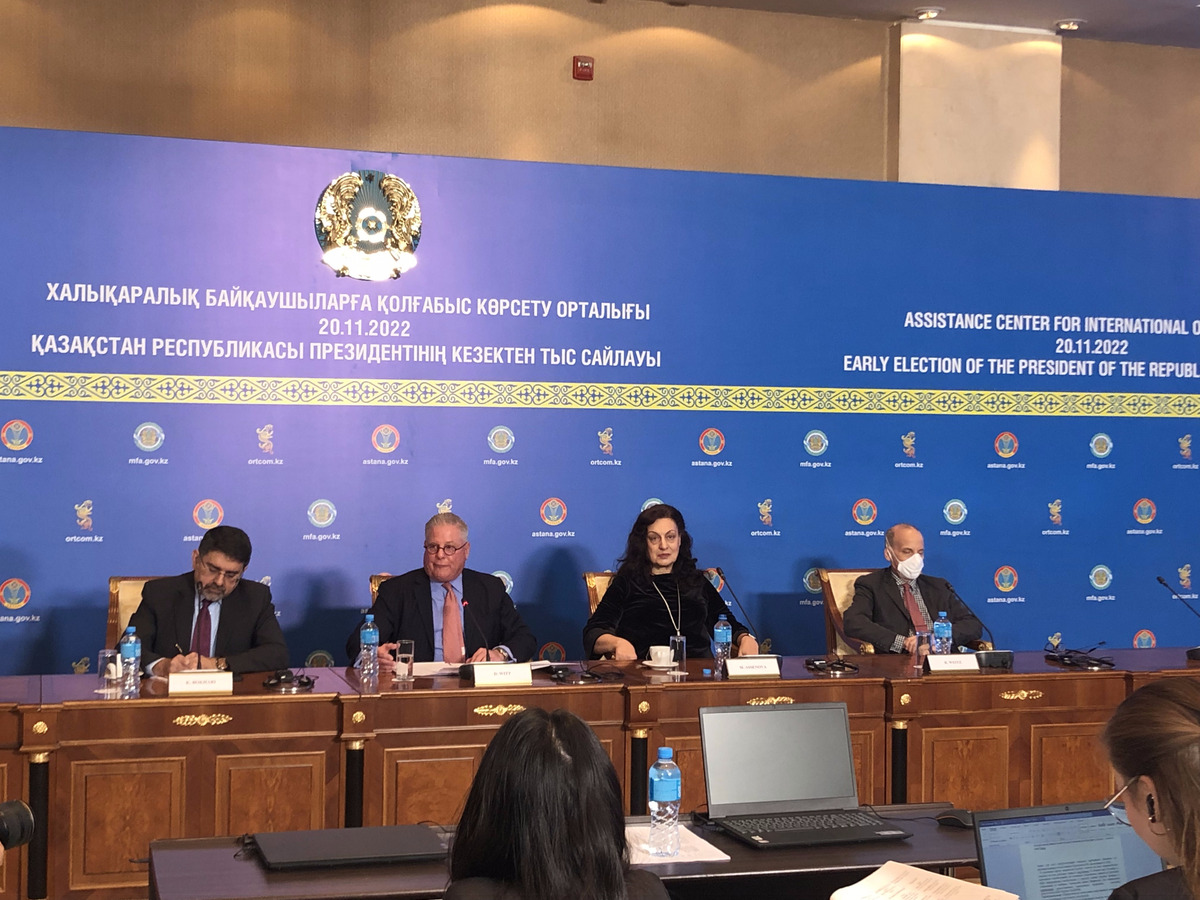 “From the conversations with voters, young and old, we saw this was a vote for hope. Citizens, especially youth, no longer take their independence, security, and stability for granted. I think the tragic events in January explain that. I think what’s happening in Ukraine explains that. […] A vote for a hope that the elected president will fulfill his promises for continued democratic reform,” said Witt.

Dr. Kamran Bokhari of the New Lines Institute for Strategy and Policy in Washington D.C. drew attention to the fact that there were no security forces present in nearly 50 polling stations visited by the members. According to him, it suggests that the authorities were confident the voting would proceed without disruptions, and voters were free to cast their ballots for the candidate of their choice.

Though the mission’s observers witnessed a handful of technical violations of the voting rules, they were infrequent and did not affect the outcome, reads the statement.

The mission’s recommendations include extending the campaign period to give candidates more time to communicate with potential voters, expanding space for grass-roots activism, and mandating enhanced media coverage for all candidates.