ASTANA – Incumbent President of Kazakhstan Kassym-Jomart Tokayev won 81.31 percent of the vote at the presidential election, according to the preliminary data from the Central Election Commission (CEC) announced on Nov. 21. 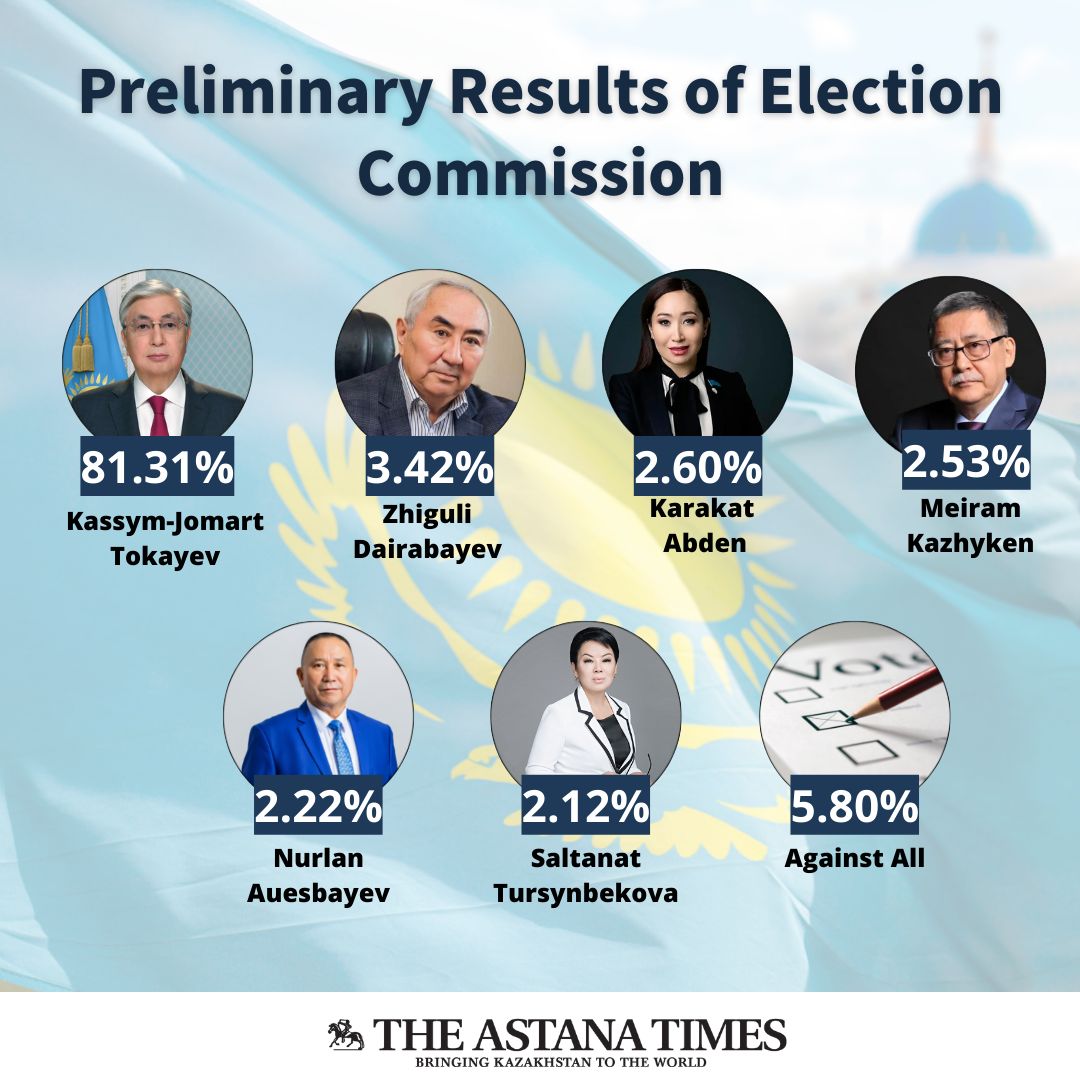 There were 10,101 polling stations across Kazakhstan, including 68 stations at the country’s foreign missions in 53 countries. 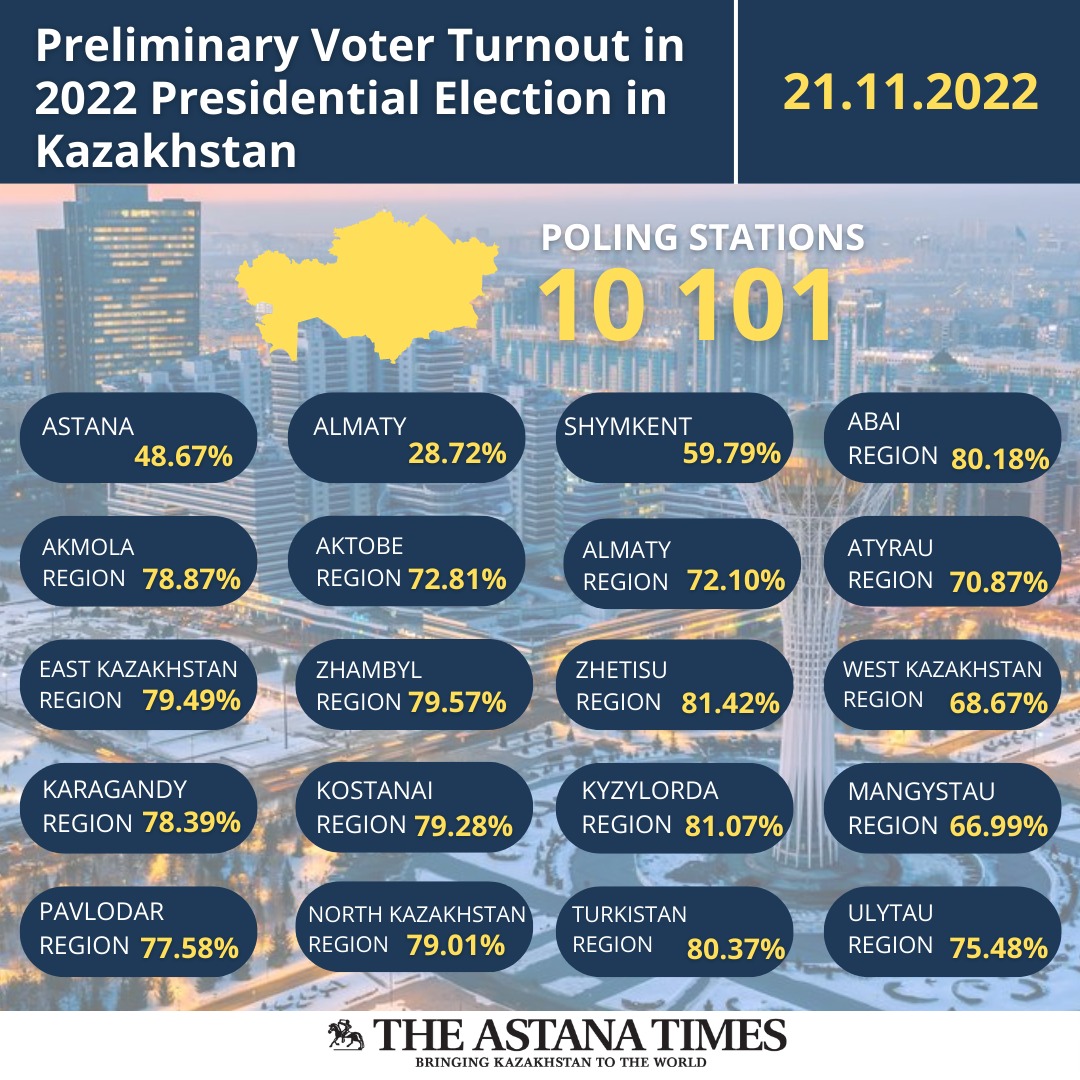 The CEC has accredited more than 614 observers. In addition, 254 foreign reporters have been accredited to cover the election.