By Staff report in International, Sports on 4 October 2022 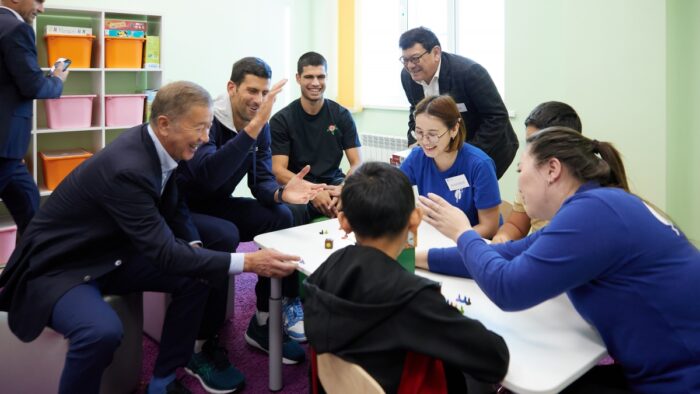 On the tournament’s first day, tennis stars visited the Asyl Miras center for autistic children in Astana. They presented gifts to the children and, in turn, received paintings from them.

“What we accomplish in tennis is important, but it is also important…more than anything that these children get the opportunity to develop in a  positive way, and I am glad to see that for myself. Very inspiring,” said Auger-Aliassime.

Asyl Miras is one of the projects spearheaded by Kazakhstan Tennis Federation (KTF) President Bulat Utemuratov. Opened in 2015, the center assists children and their parents in 11 cities nationwide.

Medvedev and Auger-Aliassime played an exhibition match on Oct. 2 at Baiterek Monument, one of the capital’s main attractions. The players demonstrated a variety of strikes and techniques from their broad gaming arsenal and interacted with one another and fans. 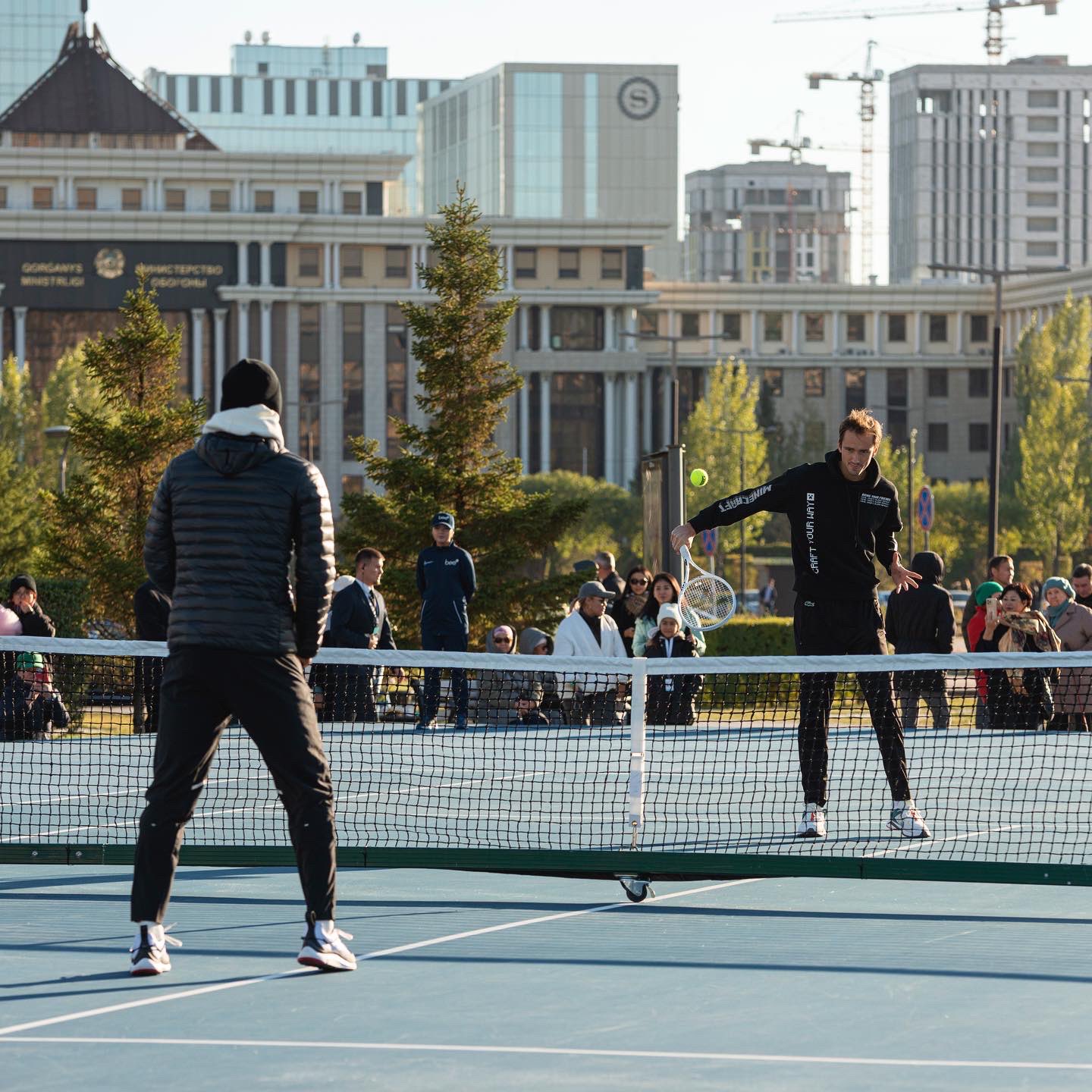 After two successful editions in 2020 and 2021, the Astana Open became a permanent ATP Tour member this season. In 2022, it will be staged as an ATP 500 event alongside the Rakuten Open in Tokyo. The tournament will run until Oct. 9.