ASTANA – The Day of the Republic marks our ancestors’ dream for freedom, said President Kassym-Jomart Tokayev at an Oct. 22 solemn ceremony dedicated to the re-established Day of the Republic, which celebrates the adoption of the country’s sovereignty declaration on Oct. 25, 1990, reported Akorda press service. 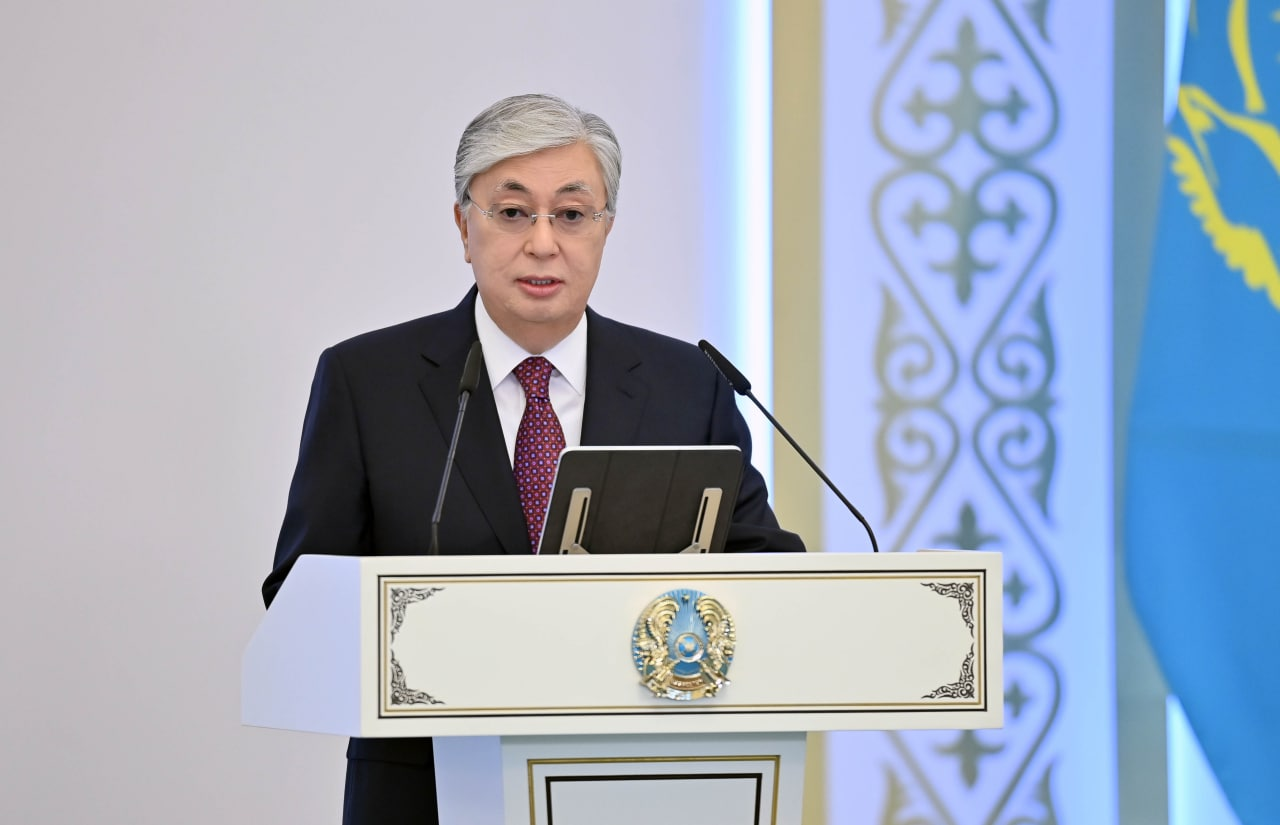 President Tokayev speaking at a solemn ceremony dedicated to the Day of the Republic in Akorda presidential palace. Photo credit: Akorda press service.

The President said this holiday commemorates the Kazakh people’s efforts to achieve freedom and preserve their national identity. He noted that, given the political, social, and demographic situation at the time, this was a brave step.

“Kazakhs say: there is no state without sovereignty. It is no secret that some make sweeping, baseless claims such as ‘Kazakhstan accidentally gained freedom and was the last to declare independence.’ Only people unable to accurately assess the situation at the time can speak this way,” said the President.

Tokayev noted that this holiday had not been celebrated in several years, specifically since 2009. He proposed re-establishing the Day of the Republic as a national holiday during the National Congress held in June in the Ulytau Region.

The ideology of mutual respect

According to the President, the holiday should reflect national goals and be rich in ideological and practical significance. He stated that the country requires an ideology that is simple to understand and meets the needs of its citizens.

“Simply put, we do not need artificial tenets, but proper guidelines, needed in everyday life, understandable and close to the heart of every person. We are glad that today our people live in unity and harmony,” said Tokayev.

He highlighted that today’s governing principle is what the state can do for the people, not what a person can do for the state. The nation should embrace an ideology of mutual respect and creation to strengthen the state.

President Kassym-Jomart Tokayev mentioned his recent statement in which he said that the turquoise passport of Kazakhstan should become the symbol of national identity.

“Our passport is respected worldwide, and it faces no challenges. Citizens of Kazakhstan can obtain foreign visas, cross borders freely, and travel abroad for business and pleasure,” Tokayev said.

He asserts this is the result of a policy of interethnic tolerance and friendship, as well as a consistent path toward international security and cooperation.

The Kazakh President called the national flag the symbol of unity. He mentioned the amendments to the legislation on the use of state symbols, which allowed citizens to display the flag in their homes.

“Citizens can express their love and respect for our sacred homeland through state symbols. No one can now forbid the display of our flag in public or private places,” he said.

The state language, according to Tokayev, is also a guarantee of unity. The government is working on expanding the spheres of its use.

According to the President, knowing more than one language is a path to a prosperous life. He said he believes learning more languages will make young people more competitive and skilled.

“Language and inter-ethnic relations are inextricably linked. They are the most critical factors in maintaining internal stability. The politicization of such socially sensitive issues has had unfavorable consequences in some neighboring countries. Turning them into political pawns is unacceptable. This is not our way,” Tokayev stressed.