ASTANA – The Zhetisu regional court in Taldykorgan came out with a decision on Oct. 20 to amend a punitive measure for policeman Aidyn Kenzhebayev, accused of torture with a hot steam iron against a detainee involved in the January unrest, from house arrest to detention, Asem Tusupova, a lawyer at the Qantar Center for Legal Support, confirmed to The Astana Times. 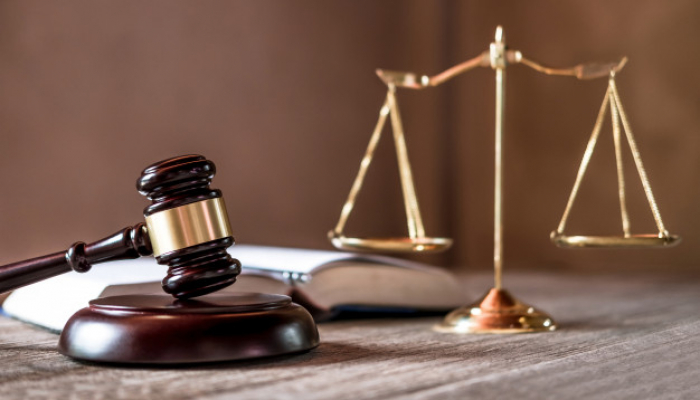 “On behalf of the Qantar fund, I defend two victims Zhanserik Turalykov and Arlan Kuttybaev. Kuttybayev was tortured with the hot steam iron,” she explained in an interview for this story.

The trial on torture committed against detainees in the January unrest has been ongoing since September. Twenty three individuals, including four minors, who survived torture at the regional police department in the city of Taldykorgan after the January events, were identified as victims in the case.

Five police officers, including three officers of the criminal police department, one inspector of the administrative police department and a special rapid response unit officer, are standing trial under article 146 of the Criminal Code of Kazakhstan, according to the Prosecutor General’s Office.

“Turalykov told me that he does not feel safe and receives calls. Taldykorgan is a small city. He was afraid they wouldn’t let him live,” said Tusupova. Both Turalykov and Kuttybaev are on probation sentences in relation to the January investigation.

“Kenzhebayev’s wife came to his house accompanied by two unknown persons. She was threatening to kill him [Turalykov],” said Tusupova. “He is scared.”

“Kuttybayev said he was traced by Aidan Kenzhebayev at the courthouse, who threatened to kill him. Kuttybayev immediately went to court with an official statement,” said the lawyer.

Tusupova explained that the trial is very emotional. Victims and defendants, however, sat side by side in the courtroom, which, she noted, is not appropriate, underlining a detrimental impact on the emotional and mental state of torture victims.

Some of the victims are still experiencing post-traumatic stress. The Kazakhstan International Bureau for Human Rights and Rule of Law reported that one victim lost consciousness in the courtroom after his blood pressure rose sharply during the trial on Sept. 15.

Tusupova said it was very hard to achieve the desired result in the court decision to amend house arrest for formal detention and it was only possible after she applied to the regional court in Taldykorgan.

“I attached two safety orders, we had grounds that the crime is grave, second it was committed by a group of people repeatedly against 23 defendants. Yes, the criminal procedure code indicates not admitting guilt does not mean a person is guilty, in fact, they all do not admit their guilt, and they feel impunity. They behaved very aggressively [in the courtroom],” said Tusupova.

According to Tusupova, four out of five officers under trial continued their work as police officers. “They did not deny that in court. While continuing their work, of course, they can interfere with the process,” said Tusupova. “Why is detention one of the toughest measures? Because a person will realize he or she did something wrong.”

The lawyer said that she petitioned for detention for all five, but said that the detention of at least one of the officers, is sufficient, because it implies that justice is being restored.

Prominent Kazakh lawyer Aiman Umarova, who also leads the Akikat (truth in Kazakh) public commission involved in the investigation of the January events, emphasized that the presumption of innocence also applies to the police officers on trial.

“Persons who committed illegal actions against detainees must be punished. No one is allowed to overstep the law, even more so those in uniform, whom the state gave the authority and entrusted the peace and safety of citizens,” Umarova told The Astana Times. No one has the right to commit torture, she said.

While the court adjourned until Oct. 28, Tusupova noted she would consult with her clients about whether they want to petition for the detention of the four officers again.

What was the January unrest?

Demonstrations initially broke out on Jan. 2 over a rise in oil prices but later descended into unprecedented armed unrest across other cities in Kazakhstan, with the eventual epicenter coalescing in Almaty, the country’s largest city and a major business and financial center.

Kazakhstan’s government has been investigating the January unrest which led to the deaths of at least 227 people, including 19 security officers. The August statement from Kazakhstan’s General Prosecutor’s Office confirmed the use of torture by police officers against 23 citizens from Jan. 7 to Jan. 17 who were detained in the city of Taldykorgan in the January unrest.

President Kassym-Jomart Tokayev has repeatedly stated that the investigation into the January events must be impartial and conducted in accordance with the law. He reiterated that securing the rights of detainees and a fair legal process is indispensable.

“We have acknowledged the facts when law enforcement officers used prohibited methods of interrogation and even torture on detainees. These barbaric manifestations of the Middle Ages run counter to the principles of any progressive society. They are unacceptable to us as well,” said Tokayev in his March 16 state-of-the-nation address, two months after the unrest.