NUR-SULTAN – Kazakh President Kassym-Jomart Tokayev has declared a state of emergency from Jan. 5 to Jan. 19 after fuel price protests began in the country, to ensure public safety and protect the rights and freedoms of people in the Mangystau and Almaty regions and the cities of Almaty and Nur-Sultan, reported Akorda.

As “the head of state, and from this day forward, the chairman of the Security Council” he  promised to act “with the utmost firmness” in address to the nation on Jan.5. 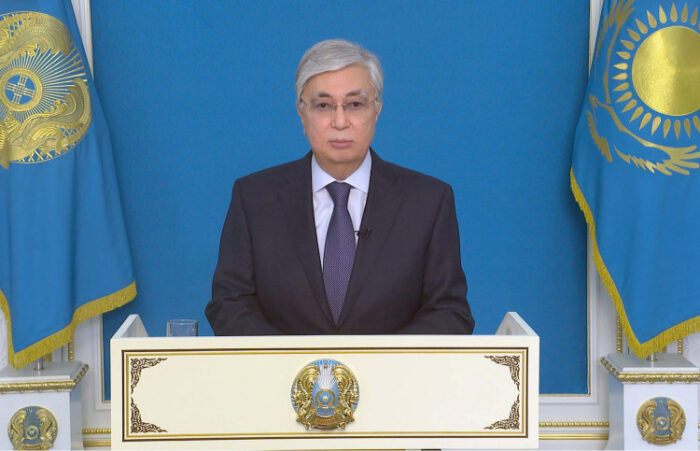 The state of emergency includes a curfew from 11 p.m. to 7 a.m., temporary restrictions on movement, and a ban on mass gatherings.

The protests broke out on Jan. 3 in Western Kazakhstan’s Mangystau Oblast after a double spike in price for liquid petroleum gas, widely used in the region, to 120 tenge ($0.27) per liter. People demanded the restoration of the price cap to 50 tenge ($0.12) – a demand which the government fulfilled on Tuesday evening.

Protests then quickly spread to other cities including Almaty, Nur-Sultan, Shymkent, Aktobe, and Atyrau.

“Calls to attack civilian and military offices are completely illegal. This is a crime that will be punished. The government will not fall. But what we need is not conflict, but mutual trust,” said Tokayev in his video address aired on the night of Jan. 5. “All legitimate requests and demands on your part will be carefully considered and appropriate decisions will be made.”

Following the urgent meeting to discuss the social and economic situation in the country the next morning, the President has accepted the resignation of Prime Minister Askar Mamin.

World markets observed a significant increase in gas prices in 2021. The producers increased exports from Kazakhstan and aggravated the deficit in the local market due to the low prices for Kazakh consumers.

Kazakhstan introduced a new system of wholesale gas sales through electronic trading platforms on Jan. 1 to correct imbalances and create conditions for gas price formation based on supply and demand. This mechanism caused an approximately twofold increase in the retail price for liquefied petroleum gas from 50-60 tenge (US$0.12-0.14) to 110-120 tenge (US$0.25-0.28) per liter.

The government announced a package of measures to regulate the price of liquefied petroleum gas. The measures are aimed to ensure long-term price stability and prevent speculative surges in gas prices by establishing price corridors.