By Saniya Bulatkulova in Kazakhstan Region Profiles: A Deep Dive Into the Heart of Central Asia, Nation on 25 September 2022

ASTANA – Two marals or red deer were captured by a camera trap in the Zhongar-Alatau National Park in the Almaty Region, while the animals were romping in the park, reported the Forestry and Wildlife Committee of the Kazakh Ministry of Ecology, Geology and Natural Resources. 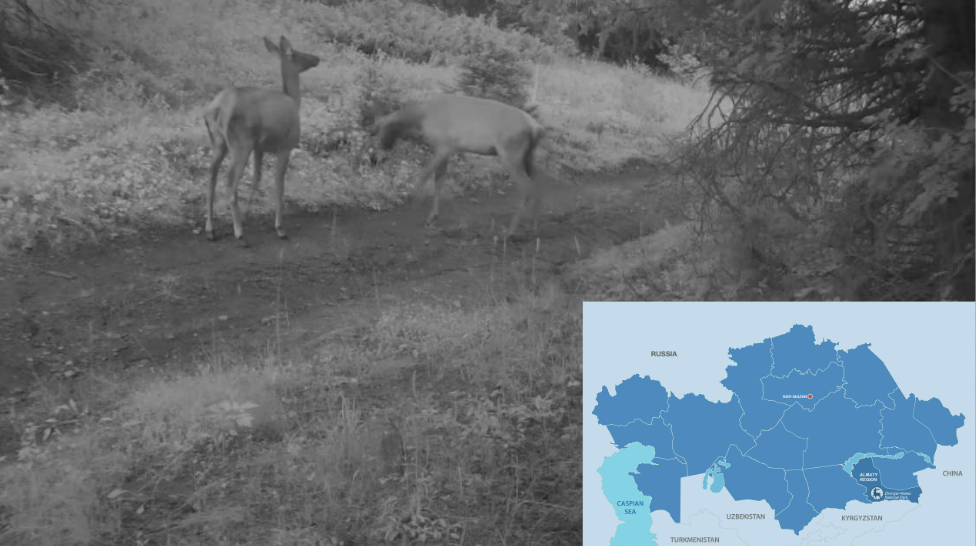 A fragment from the video. Click to see the map in full size

“In 2021, there were 1,700 marals in the Zhongar-Alatau National Park, while this year’s census will be held in October,” the committee’s press service wrote on Instagram. The national park is located on the northern slope of the Dzungarian Alatau, between the Tian Shan to the south and the Altai Mountains to the north and its terrain is mountainous with steep, rocky canyons and streams flowing from south to north.

The maral (Cervus elaphus) is one of the largest deer species, whose weight can exceed 300 kilograms. The horns of adult male marals reach up to 120 centimeters, weighing up to 12 kilograms.

The growing horns of adult males are called panties and are used as medications for many health problems. The AQ MARAL Forest Farm, which is located in the Burabai resort area in the Akmola Region, provides people with its own medicines produced from marals’ horns.