By Saniya Bulatkulova in Tourism on 3 July 2022

NUR-SULTAN – The pandemic boosted the development of domestic tourism and fostered the construction of new tourist facilities in resort areas. One of them is the Burabai resort area located in the Burabai National Park near the city of Kokshetau. 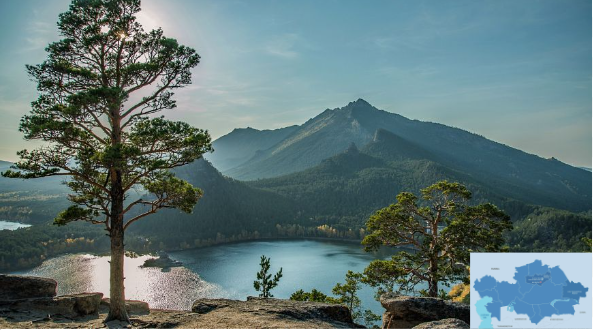 Burabai, which is often called the Kazakh Switzerland due to its mountains, forests and lakes, has been recently included in the UNESCO World Network of Biosphere Reserves.

The first site, which was built at a height of 780 meters on the Abylai Khan Glade, is a viewing platform that ensures the safety of tourists who are seeking breathtaking views of the mountain range and Abylai Khan Glade at the cloud level. The path to the platform is equipped with signs and benches.

“We have built pedestrian and bicycle paths more than 30 kilometers long to eliminate possible emergency situations and provide tourists with comfortable walks,” said the Presidential Office Spokesperson Elena Klivets in an interview with Kazinform agency during a recent press tour across the Burabai area. 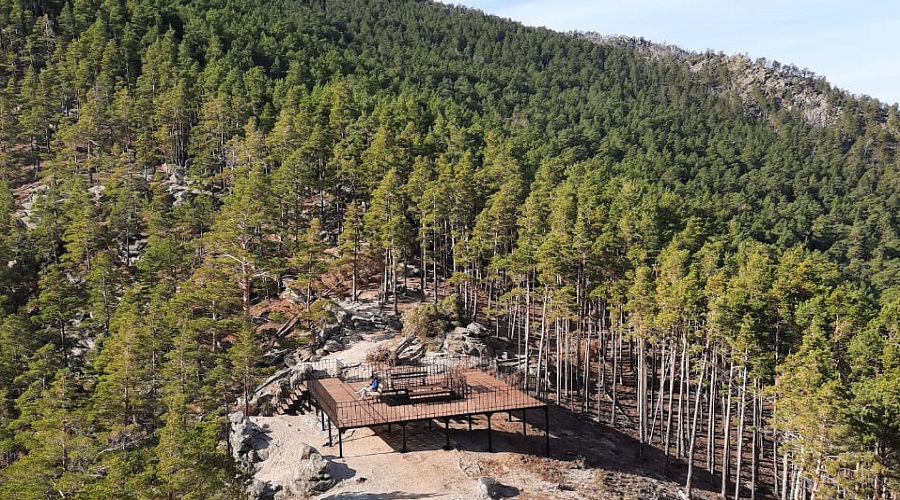 The third novelty is the Smart Burabai system, which helps local foresters to monitor the territory and prevent fires, which might be caused by trash thrown away by tourists.

“The system has been operating for the second year. There are 13 towers in the national park, which respond to the temperature and detect smoke. All signals come to the 102 remote control. By approaching the camera we find out whether it is really smoke or dust. We are told through the walkie-talkie where it happened and our employees go to the scene of the incident and take necessary measures,” said forester and Burabai National Park’s Science Department Head Evgeniy Arkhipov.

Arkhipov noted that there is a “kind of panic button for tourists,” which they can push to call for help when they get lost.

Another feature of the area is the multimedia interactive complex, which was established in 2021, which is one of its kind nationwide. It combines a museum and a multimedia space, where the narrative is constructed in a similar way to modern computer games, including virtual reality.

The complex consists of two parts and is divided into seven zones. The first one is a 5D cinema, where tourists can see the most beautiful places in the country from a bird’s view.

The second part of the complex demonstrates the history of Kazakhstan. People can find a sign of their family in the Eternal Country hall and learn more about all generations of Kazakh people.

In the Steppe of Batyrs (warriors) hall every tourist can try on the image of batyr, wearing virtual armor, make a memorable photo with a batyr on the battlefield, shoot a bow as a real nomad and read an electronic book on the country’s history. 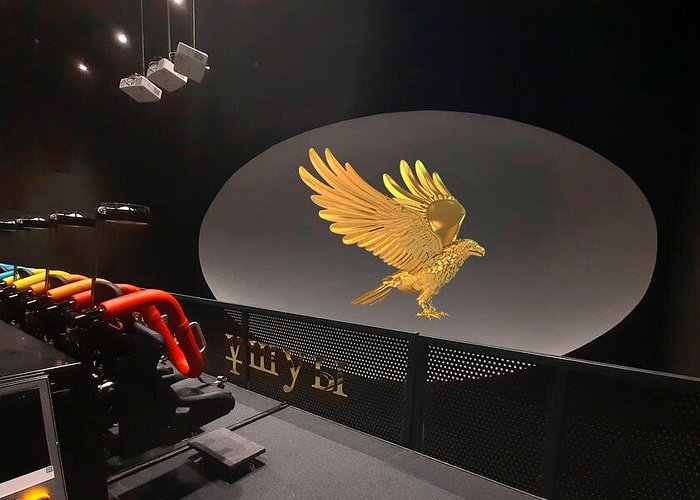 The last site is AQ MARAL Forest Farm, which is in its fifth year. It is a maral (red deer) breeding farm, Pantotherapy Center and a small ethno aul (village) with real yurts (a traditional dwelling of nomads) and access to national traditions that are available to every tourist.

The natural environment of Burabai is very favorable for breeding marals, which were once brought there from the East Kazakhstan Region. At present, approximately 300 individuals live in a dense forest area of 600 hectares and undergo regular veterinary control. 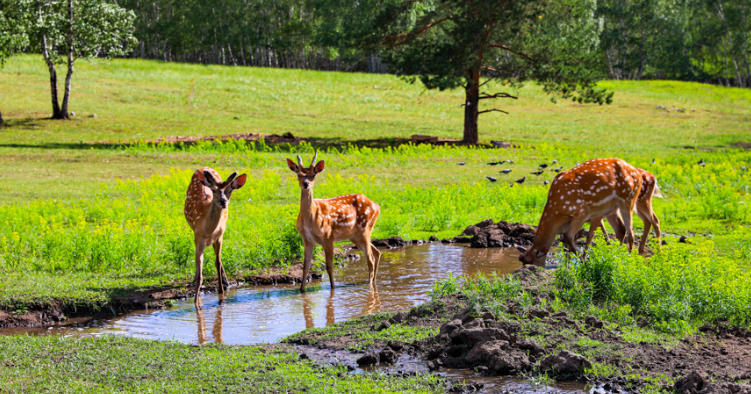 The Pantotherapy Center produces its own medicines, one of which is panties – growing horns of adult male deer. They contain multiple substances including the female sex hormones estrone, estradiol and material, which may help cells grow and function. Once a year, the horns of the marals are cut and used to make different medications.

According to Kazakhstan’s Agro-Rural Tourism Association Chair Khalida Tulegenova, the forest farm is designed for 25 people. Nearly 20 people are treated every week, but a lot of tourists come on the tour.

“Some people came to us to get post-COVID-19 recovery when their immune system was worn out. Pantotherapy is useful for boosting immunity and regeneration of tissue skin cells in nervous diseases. Treatment is also provided to people with joint, musculoskeletal diseases, with decreased sexual potency of men and women and in general for recovery of the body,” said Tulegenova.