ASTANA –  President Kassym-Jomart Tokayev urged world leaders to take a proactive approach in addressing global challenges by trying to prevent them from happening, rather than responding to emerging crises during his address at the General Debates of the United Nations General Assembly on Sept. 20, reported the presidential press service. 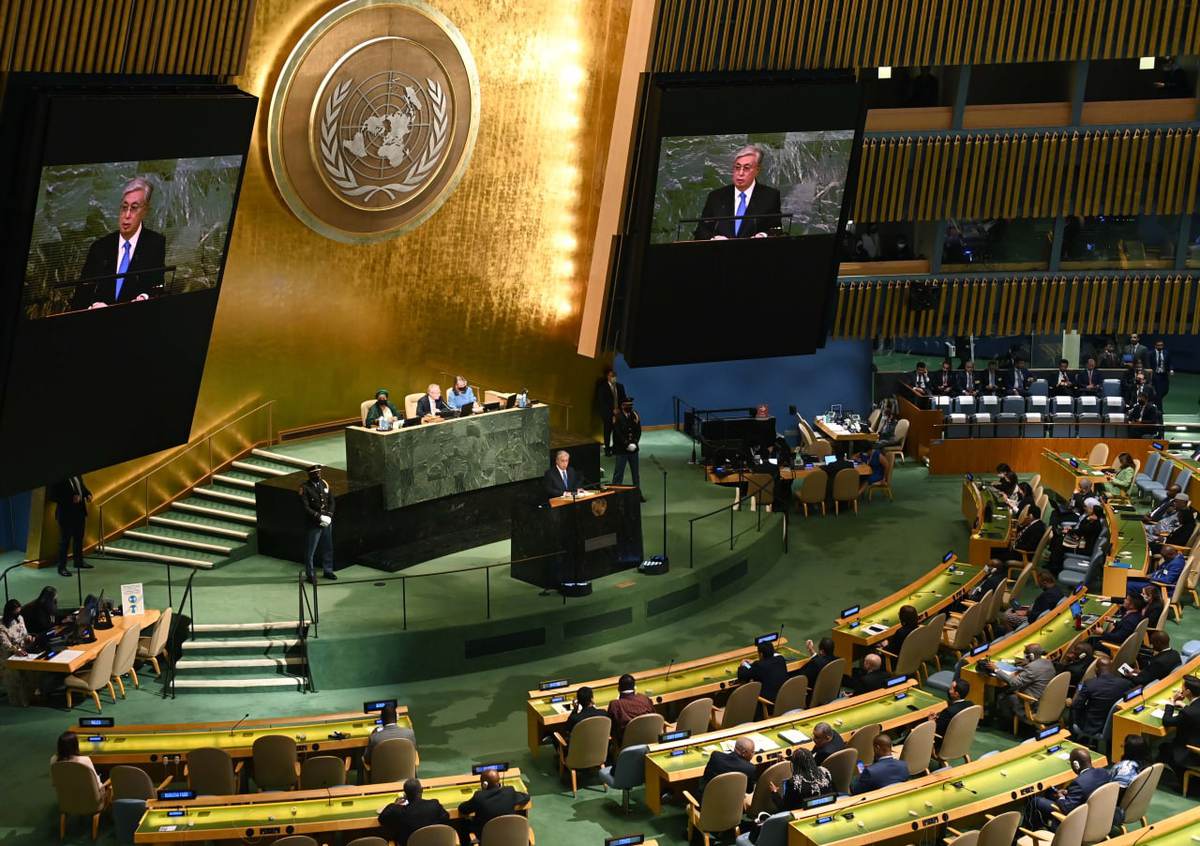 The General Debates, which were the main event of Tokayev’s visit to New York, began on Sept. 20 with opening remarks delivered by UN General Assembly President Csaba Kőrösi. World leaders and heads of international organizations convened for the first time entirely in person since the start of the pandemic.

Addressing the gathering, President Tokayev described the current global developments as “increasingly bitter” and a “critical junction for humanity.” He stressed the growing mutual distrust and increasing threat of military confrontations that impede global efforts to address the pressing challenges.

He also noted the devastating effect of economic sanctions, which have become a “new normal,” affecting millions of people and disrupting supply chains. Countries worldwide tend to choose the path of isolation at a time when openness and cooperation are in fact much needed. Echoing President Tokayev’s Tuesday article published in Politico, isolation is not a path for Kazakhstan, instead, the Central Asian nation intends to capitalize on the liberal, international, open policies.

“These problems contribute to the mounting challenges of soaring inflation, job losses, and fears of a worldwide recession, especially for developing nations. Finally, these crises severely hamper the urgent action we all agreed to combat climate change and enhance sustainable development,” said the Kazakh leader from the rostrum. 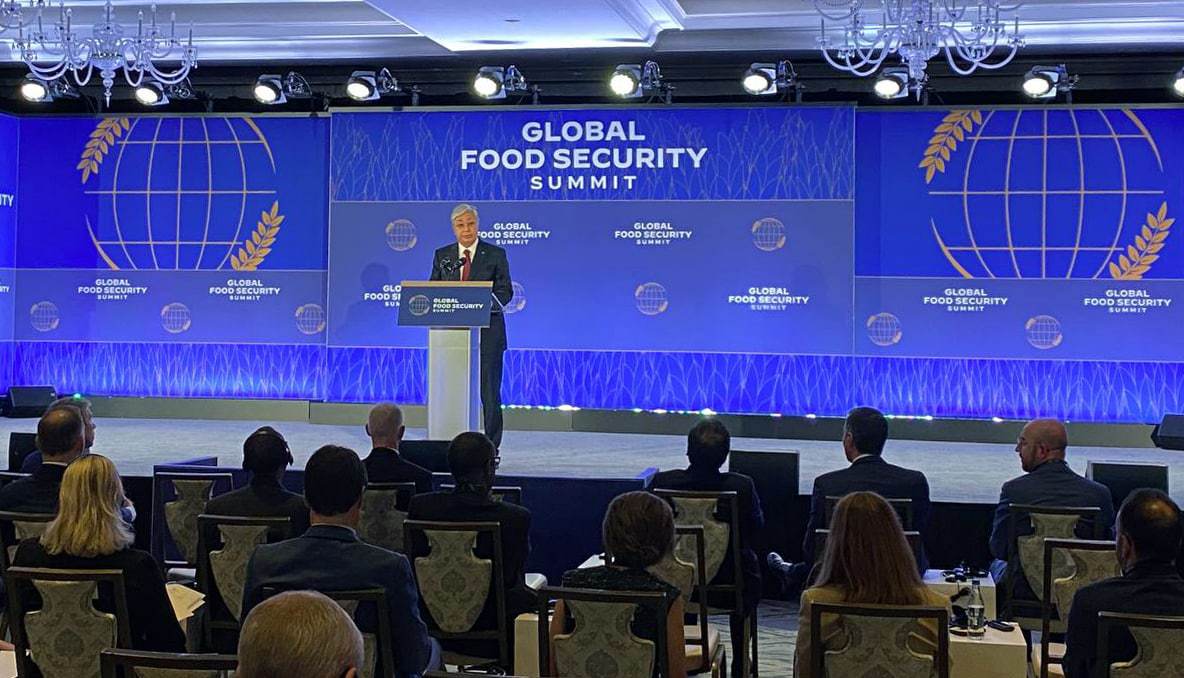 The long-standing principles and norms envisioned by the UN charter are being ignored. Tokayev called the international community to “rethink the linkages between three primordial principles: the sovereign equality of states, the territorial integrity of states, and peaceful coexistence between states.”

Addressing global challenges requires bolder action, according to the Kazakh President, in terms of “preventing and better predicting emerging trends,” something Kazakhstan has done by proposing to create the Conference on Interaction and Confidence Building Measures in Asia (CICA) 30 years ago from the same rostrum.

“Our top priority must be building resilience to future turmoil and ensuring a sustainable, equitable, and inclusive recovery,” he added.

With the ongoing crisis and geopolitical tensions, he called on the international community to formulate new mechanisms to ensure disarmament and non-proliferation, manage and reduce biological risks and dangers as well as address climate change.

Speaking about what measures Kazakhstan is taking toward these goals, President Tokayev highlighted the country’s commitment to utilizing its agricultural potential to fight global food insecurity, Kazakhstan’s chairpersonship of the 12th WTO Ministerial Conference as an effort to promote fair trade regimes, and the country’s pledge to achieve carbon neutrality by 2060.

In his remarks at the Global Summit on Food Security, President Tokayev confirmed Kazakhstan’s readiness to “act as a reliable supplier of grain and other basic types of food” and expand cooperation with the Islamic Food Security Organization and UN institutions in the region in procurement projects, including for the needs of Afghanistan.

“Speaking about Central Asia, we should bear in mind that it has already become a region of vast opportunities for international cooperation. Together with our Central Asian partners, we are committed to strengthening political interaction and deepening economic ties to move our region forward. We agreed to coexist as good neighbors and diversify our cooperation. This credo is based on our significant natural and agricultural resources, human capital, transport and transit potential. We are a ‘buffer market’ between East and West, South and North,” he said, reaffirming Kazakhstan’s commitment to joint efforts to address a pressing regional agenda that includes climate change, the Aral Sea, rational use of water resources, border delimitation, combating extremism, and expanding intra-regional trade.