ASTANA – President Kassym-Jomart Tokayev outlined top five priority areas for the country’s digital transformation at the plenary session of the Digital Bridge Forum on Sept. 28, according to the Akorda press service. 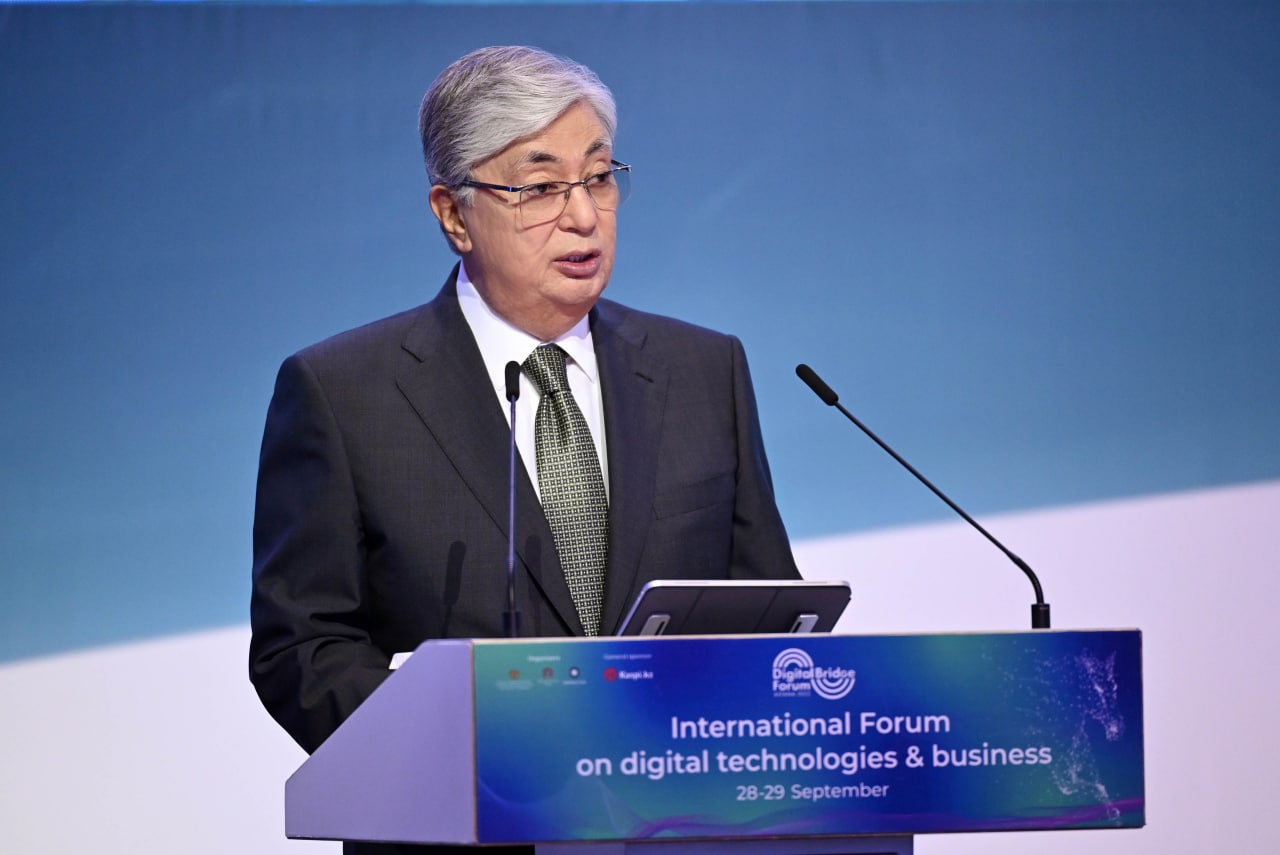 They include the development of a human-centered approach, creation of favorable conditions for the IT industry, modernization of IT infrastructure, development of the digital economy and Industry 4.0 and strengthening human capital.

The two-day Digital Bridge forum focuses on the role of Kazakhstan as a link between Europe and Asia. As the leader in the region, the country introduces digital technologies and creates conditions for the transition of the economy to a fundamentally new vector of development – the digital economy of the future.

According to Tokayev, in developing services for citizens the government should take a human-centered approach where digital technologies provide equal opportunities for everyone. To do this, the country will introduce a new format of public services dubbed as the Invisible Government.

“It will be centered on a single person, her or his needs and interests. The citizens will see only the final result bypassing a wide range of internal measures and decisions taken by the state,” Tokayev said. 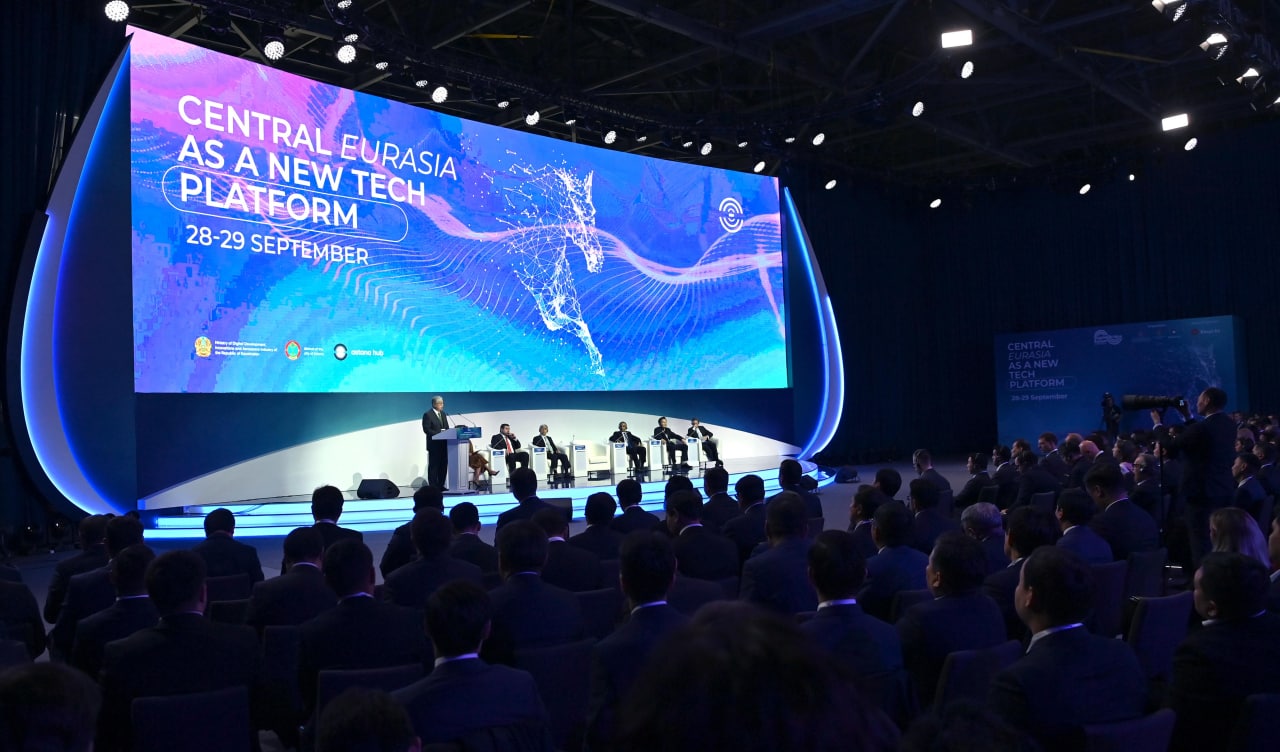 More than 200 experts are expected to perform at the event. Photo credit: presidential press service

“We have created the Astana Hub for IT start-ups with a special tax and visa regime. Now more than 900 companies operating at the local and international markets are part of the hub,” Tokayev said.

Digitalization is impossible without a modern and developed infrastructure, one that extends to rural areas. Tokayev stressed that the large-scale modernization of the country’s IT infrastructure should be the third priority.

With nearly 40 percent of the population living in rural areas, Kazakhstan has the urgent task of providing all citizens with affordable and high-quality internet. The President instructed the Ministry of Digital Development, Innovations and Aerospace Industry to accelerate work to cover the most remote villages with networks of SpaceX and OneWeb low-earth orbit (LEO) satellites.

The fourth priority, according to Tokayev, should be the development of the digital economy and Industry 4.0.

The President also stressed that encouraging human talents in the IT industry to meet ever growing global demand for IT specialists should be the fifth priority for the nation.

“People are our main wealth. Two years ago, the global IT market required 30 million specialists. Today, this number is equal to 100 million professionals. By 2025 it will increase to 200 million. The world will require a great number of IT specialists in the future,” the President said.

To satisfy growing demand, Kazakhstan plans to train at least 100,000 highly qualified IT specialists by 2025. The country has strengthened its technical universities, expanded grant training, and opened 12 private innovative IT schools.

During a recent working trip to New York, Tokayev met with the Kazakh IT specialists working in the largest companies in the U.S..

The young specialists are members of the Digital Nomads IT community that unites nearly 400 Kazakhs living abroad and working at leading technology companies worldwide. According to the President, Kazakh professionals are competitive globally .

“Kazakhstan has many talented people who can create competitive products at international level. Therefore, the government needs to support young people and engage them in the country’s digital transformation,” he said.

The President added that new ideas and breakthrough projects can only emerge in a free and harmonious society, emphasizing the building of a Just Kazakhstan – a state of equal opportunities for everyone – as one of the main tasks of the large-scale modernization effort across the country.