By Aida Haidar in Congress of Leaders of World and Traditional Religions, International on 15 September 2022

NUR-SULTAN –  It is vital to put to good use the peacemaking potential of religions and unite the efforts of spiritual leaders to pursue long-term stability, said President of Kazakhstan Kassym-Jomart Tokayev wrapping up the seventh Congress of Leaders of World and Traditional Religions on Sept. 15.

President Tokayev at the closing ceremony of the congress on Sept. 15. Photo credit: Akorda press service

President Tokayev thanked the spiritual leaders who attended for supporting the congress and the country’s efforts to promote peace. He stressed that the forum took place at a “unique and highly consequential moment,” calling it historic.

“As we face an increasingly turbulent geopolitical post-pandemic world, it becomes more crucial to develop new approaches to strengthening inter-civilizational dialogue and trust at the global level. I believe that today’s forum made a significant contribution to this vital ongoing work,” Tokayev said.

He also thanked His Holiness Pope Francis for his historic visit to the country and participation in the work of the congress.

“We are confident that your passionate voice and strong message will be a source of inspiration and hope for many millions around the world,” Tokayev said. 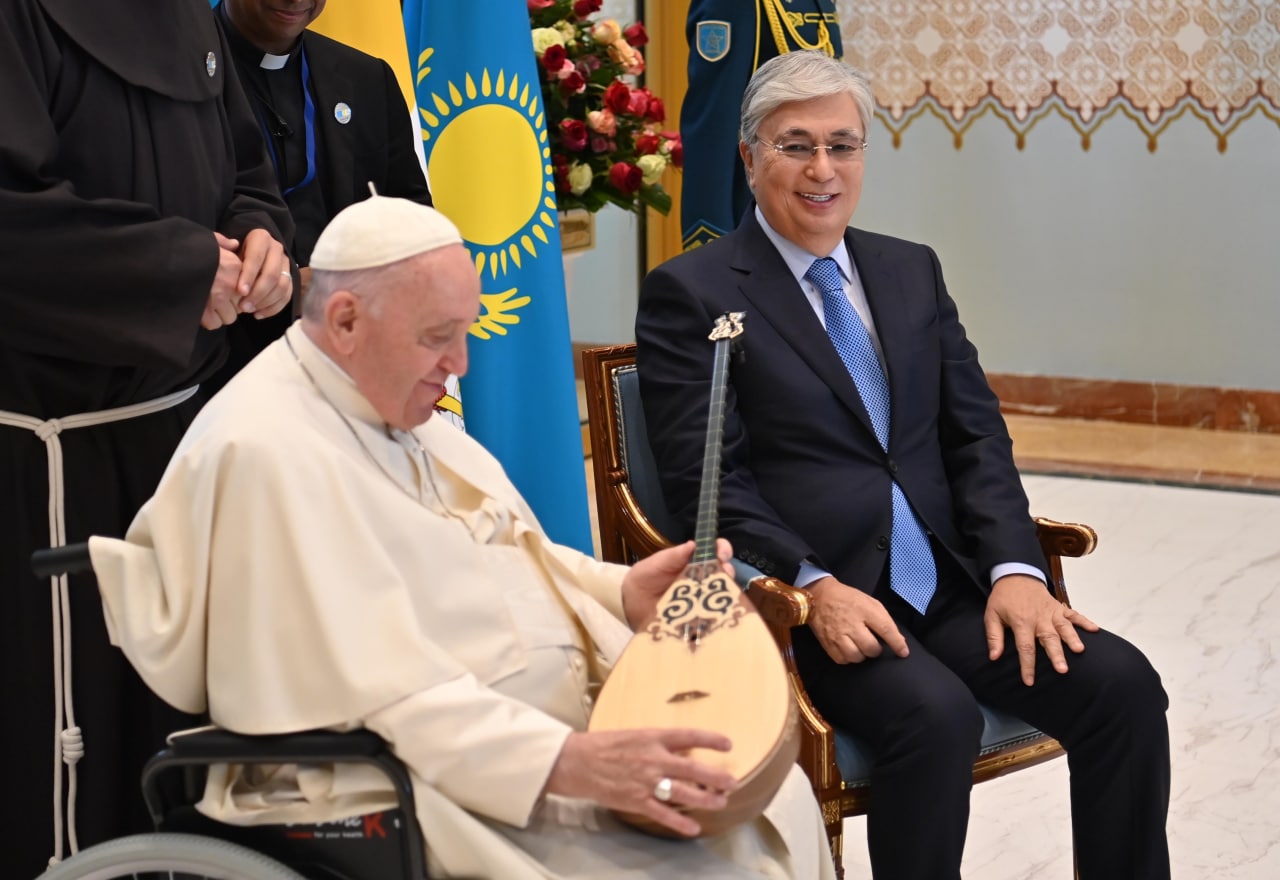 In memory of his visit to Kazakhstan, President Tokayev presented Pope Francis with a dombra. Photo credit: Akorda press service

The congress concluded with the adoption of the joint declaration, the main document of the congress, which will be distributed subsequently during the 77th session of the United Nations General Assembly.

According to Tokayev, the document covers fundamental issues and can serve as a guide for governments, political leaders, and international organizations.

“Our joint task is to consistently promote the concepts and principles of the declaration,” he said.

While delivering his concluding remarks, Pope Francis emphasized three key points in the declaration – peace, empowerment of women, and youth.

Peace, according to Pope Francis, is needed, because any military conflict or hotspot of tension will result in a baneful “domino effect” and will seriously compromise the system of international relations. Women, according to the Pope, are an integral part of peace because “they bestow care and life upon the world and are themselves a path towards peace.” He also stressed the importance of ensuring women can access greater positions and responsibilities, before adding the third and final word about the youth. 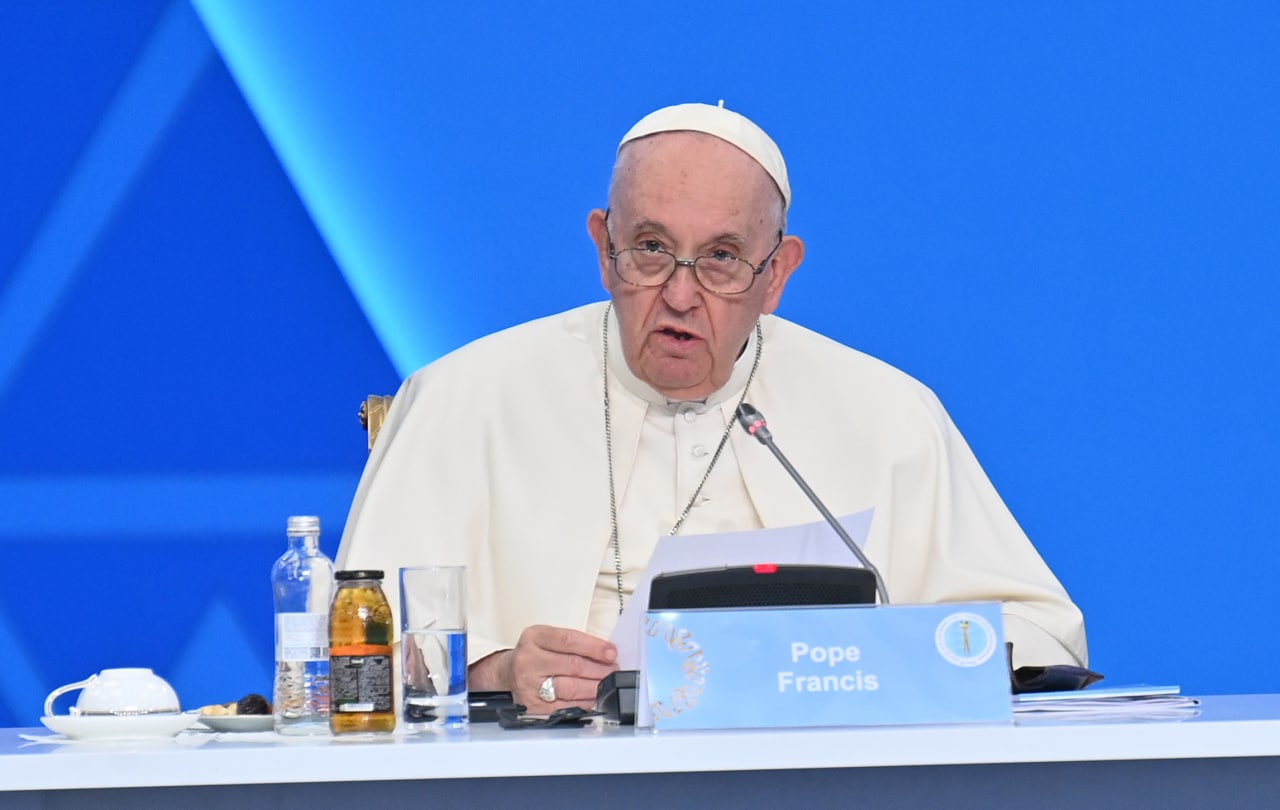 “Let us put into the hands of the young opportunities for education, not weapons of destruction! And let us listen to them, without being afraid to be challenged by their questions,” the Pope said.

President Tokayev proposed to the congress delegates that a concept document for the Development of the Congress of Leaders of World and Traditional Religions for 2023-2033 be prepared, outlining concrete actions and stages for further strengthening the forum’s influence.

He highlighted that Kazakhstan would fully support the congress’s ongoing efforts in line with its domestic and foreign policy priorities.

“Our aim is to promote an open dialogue among civilizations and to strengthen peace and stability,”  he stressed.

The seventh Congress of World and Traditional Religious Leaders focused on the role of the world and traditional religious leaders in spiritual and social development in the post-pandemic era. It welcomed more than 100 delegations from 50 countries. Among them are devotees of Islam, Christianity, Judaism, Shintoism, Buddhism, Zoroastrianism, Hinduism, and other faiths.

The next meeting will be held in the Kazakh capital in 2025.