By Staff Report in Congress of Leaders of World and Traditional Religions, International on 13 September 2022 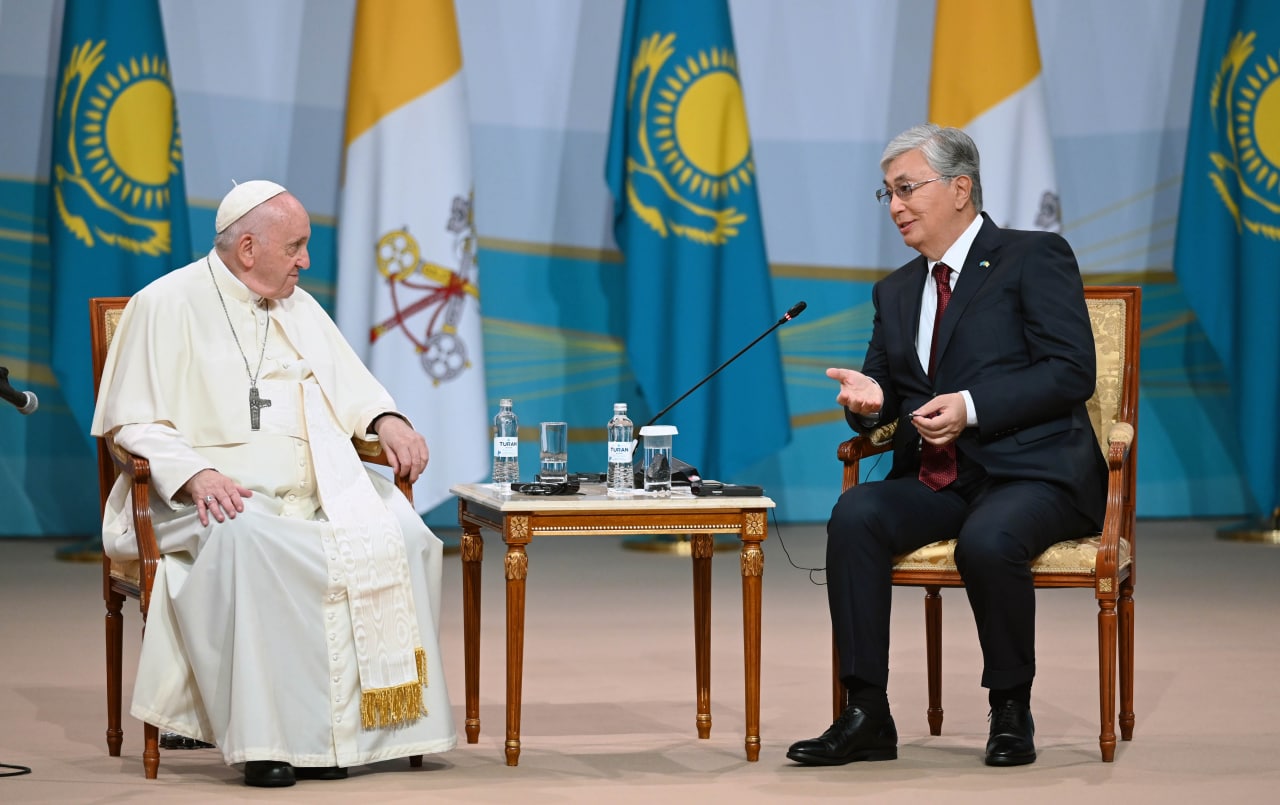 President Tokayev personally welcomed Pope Francis, who arrived to attend the seventh Congress of Leaders of World and Traditional Religions, once he landed in the Kazakh capital’s international airport. Together they gave a press conference at the Akorda presidential residence, where the President emphasized the historical significance of the Pope’s visit.

“Pope Francis is making an apostolic visit to Kazakhstan for the first time. This year marks 30 years since the establishment of diplomatic relations between Kazakhstan and the Vatican. Your visit coincided with this significant date. We attach particular importance to this event, since today’s meeting is designed to take our cooperation to a new level,” the President said.

The Pope, in turn, noted Kazakhstan’s prominence as the crossroads and a link between Europe and Asia. He also expressed appreciation of the country’s contribution to nuclear disarmament, development of environmental policies and commitment to carbon neutrality.

“This, along with the commitment to interreligious dialogue, is a seed of hope sown in the common soil of humanity. It is up to us to cultivate those seeds for the sake of future generations, for the young, whose desires must be considered as we make decisions affecting the present and the future,” said the Pope.

As part of his visit, Pope Francis will conduct an open-air holy mass for Roman Catholics and representatives of other religions and confessions on Sept. 14 at the EXPO square.