By Assel Satubaldina in Congress of Leaders of World and Traditional Religions, International on 14 September 2022

NUR-SULTAN – Kazakh President Kassym-Jomart Tokayev and Pope Francis addressed the representatives of civil society and the diplomatic corps on Sept. 13, a few hours after Pope Francis arrived in the Kazakh capital for his 38th apostolic journey, reported the presidential press service. 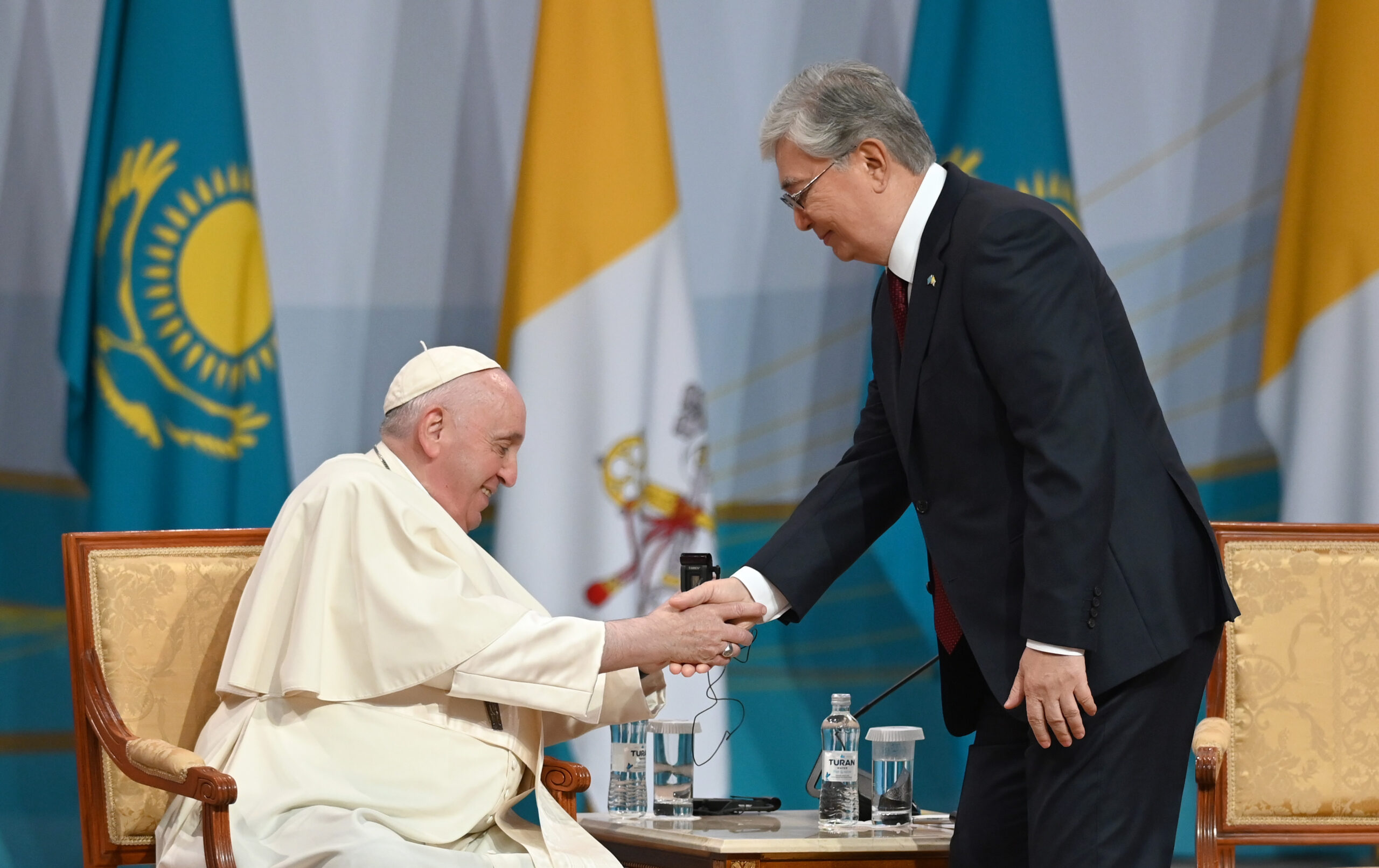 Pope Francis is also attending the seventh Congress of Leaders of World and Traditional Religions on Sept. 14-15.

“I am honored to be here with you, in this land as vast as it is ancient. I have come here as a pilgrim of peace, seeking dialogue and unity. Our world urgently needs peace: it needs to recover harmony,” he emphasized early in the speech.

“As a local saying goes, the beginning of success is unity. This is certainly important everywhere, but especially here. There are almost 150 ethnic groups and more than 80 languages in the country. These are peoples with different histories, cultural and religious traditions, which together,” the Pontiff said. And they “form an incredible symphony and make Kazakhstan a multiethnic, multicultural and multi-confessional unique laboratory, pointing to its special vocation – to be a country of encounter.”

Pope Francis commended Kazakhstan’s decision to abolish the death penalty, which, as he put it, is an affirmation of the value of human life in the name of the right to hope for every human being.

As geopolitical tensions surge around the world, diplomatic efforts to promote dialogue are of paramount importance.

“It is time to learn not to aggravate enmity and stop strengthening opposing blocks. We need leaders who at the international level could promote mutual understanding and dialogue between peoples, and revive the Helsinki spirit, the aspiration to strengthen multilateralism, build a more stable and peaceful world, taking care of new generations. This requires understanding, patience, and dialogue with everyone. I repeat, with everyone!” said Pope Francis.

The visit of Pope Francis, 21 years later after Pope John Paul II visited Kazakhstan, is historic and comes at a time when Kazakhstan finds itself in a “critical junction of history.” 2022 has not been easy for Kazakhstan, amplified by internal and external challenges.

“I believe it is high time for moderates from different cultures and religions to pool their wisdom and energy to unite people behind the ideas of peace, social harmony, and mutual support,” said Tokayev.