By Aibarshyn Akhmetkali in Congress of Leaders of World and Traditional Religions, International on 13 September 2022

NUR-SULTAN – Bulat Sarsenbayev, chairman of the board of the Nazarbayev Center for the Development of Interfaith and Inter-Civilization Dialogue, briefed foreign media on the main agenda and the contribution that the seventh Congress of Leaders of World and Traditional Religions could offer to peacebuilding on Sept. 13, a day ahead of the congress. 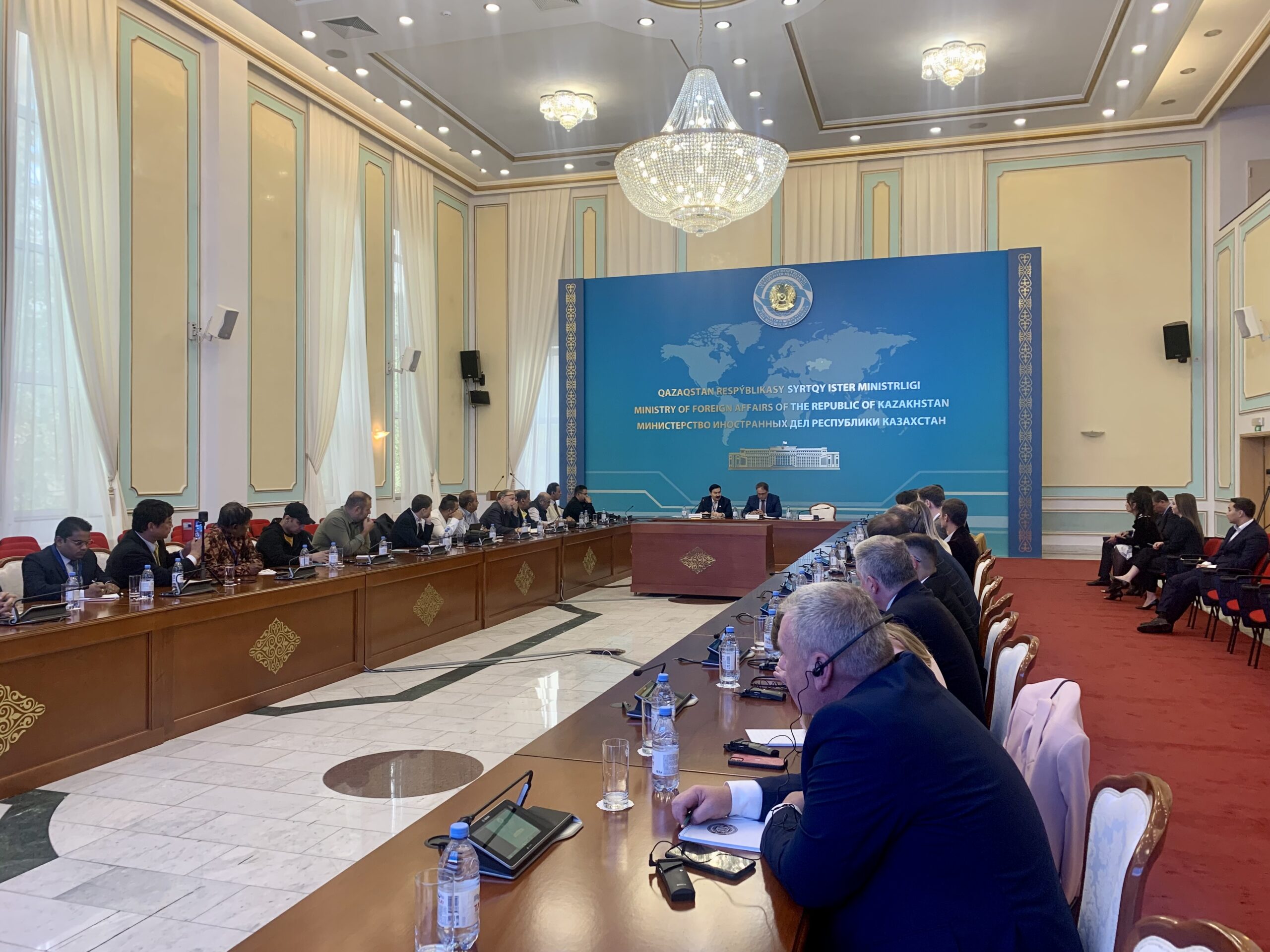 Bulat Sarsenbayev, chairman of the board of the Nazarbayev Center for the Development of Interfaith and Inter-Civilization Dialogue, with briefing participants on Sept. 13.

The main theme of the congress was defined as the role of leaders of world and traditional religions in the spiritual and social development of mankind in the post-pandemic period. Sarsenbayev said the theme represents the efforts of the congress to bring together world religions’ leaders to mutual understanding. “We could decide many things together if we understand each other,” he said.

According to Sarsenbayev, what makes the congress unique is the fact that unlike other similar events, Kazakhstan attracts the leaders of the world religions, not only representatives. Sarsenbayev said that it brings the congress to a new level but emphasized that the congress “cannot solve all the issues” related to conflicts in the world. “We try to create a proper atmosphere, to propose initiatives and offer some steps, but it is a long way,” he added.

The success of the conference could also be evaluated by the fact that “nobody doubts” participation in the congress, said Sarsenbayev. Representatives of Shia and Sunni Islam, Catholic and Orthodox Christianity, among other religions, would “sit next to each other” on the congress to engage in the dialogue, according to him.

Speaking at the briefing, Sarsenbayev said the interest in the congress has risen significantly over the last 19 years since the first congress in 2003. “During the first congress in 2003, 17 delegations were present. This year we will receive more than 100 delegations from 50 countries. It shows the uniqueness of the congress attracting interest from different parts of the world,” he said.

Around 230 foreign journalists from world’s leading media outlets and more than 500 local journalists have been accredited to the congress, showing an increasing interest in the agenda the congress could offer.