Kazakhstan’s Unique Story of Building Interfaith Dialogue and Co-existence Must Be Told, Says US Rabbi

By Aibarshyn Akhmetkali in Congress of Leaders of World and Traditional Religions, International on 22 September 2022

ASTANA – With rising geopolitical confrontations around the world, the seventh Congress of Leaders of World and Traditional Religions that took place in Astana on Sept. 14-15 could not have been more timely. Attended by high-level religious leaders, such as Pope Francis and Grand Imam of al-Azhar Sheikh Ahmed al-Tayeb, the congress claimed to be a major interfaith event. A week past the congress, it is time to reflect on the larger importance of the congress to Kazakhstan and the world. 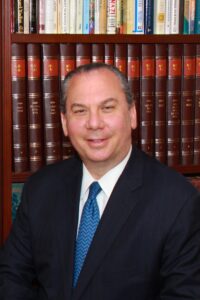 The Astana Times spoke to Rabbi Marc Schneier, the congress’s reputable speaker representing the Jewish community in the United States and the president of the Foundation for Ethnic Understanding (FFEU), who shared his vision on the unique features of the congress, as well as Kazakhstan’s efforts in building a society where all religions could co-exist.

Rabbi Schneier, who has attended the congress for the third time, is an eighteenth-generation Rabbi who has dedicated his career to promoting interfaith dialogue by means of the FFEU, which was set up in 1989 as an organization that fosters tolerance and closer relations between Islam and Judaism. He co-authored the book titled “Sons of Abraham: A Candid Conversation about the Issues That Divide and Unite Jews and Muslims” with Imam Shamsi Ali to embrace a more pluralistic view on faiths.

Over the years he participated in many events that aim to foster better relations between religions, however, the congress in Kazakhstan was very unique for several reasons, according to him.

One of the reasons is Pope Francis’s visit, which played far greater importance than some might have noticed as it confronted some of the more difficult issues that divide people politically and religiously.

“Enough with the proselytization,” was the message of the Pope, which is something very revolutionary for the head of the Catholic church to say, according to Rabbi Schneier.

“Here, the Pope says, enough. We are who we are. We appreciate, we recognize other religions just as well. That can be a foundation for bringing down the number of confrontations and clashes in society today… Suddenly, whether it is Islam, Christianity, or Judaism, you say my way is not the only way, there are many other ways. And when you can create an environment of ‘live and let live,’ then that could really set in motion a more peaceful ideology in society,” he said.

According to him, the important step in dealing with rising tensions among groups of people belonging to different religions would be to persuade authoritative figures to openly recognize that the other side has a right to have a point.

“There are many paths of faith when it comes to believing in God and if religious leaders could choose to move the needle just a bit, where instead of saying that religion is black and white, or ‘I am the absolute truth, you are not,’ it could really lead to a diminution in war and conflicts around the world,” said Rabbi Schneier. And this is where most inter-faith events fail.

Another thing that made the congress so special, according to Rabbi Schneier, was the fact that it was conducted in a Muslim-majority country. The Muslims populated the land of Kazakhstan since the 10th century, whereas the majority of Jews arrived more recently in the 20th century through forced mass resettlement during World War II.

Describing the prevailing friendly mood towards Jews in Kazakhstan, Rabbi Schneier said that it is due to Kazakhstan’s policy of maintaining mutual respect and equal rights for representatives of all religions.

“It is not the case in every Muslim country that you have such a flourishing Jewish community,” said the Rabbi. “But again, this is the underlying foundation of Kazakhstan in terms of inter-religious understanding, cooperation, and co-existence, that is what Kazakhstan is about.”

Kazakhstan’s story is unique in the Muslim world, he said. “It is a role model for countries around the world. You have all the substance here. The challenge is to tell the story.”

Foreign policy objectives were part of the reason why Kazakhstan has hosted the congress for the seventh time in over 20 years, but Kazakhstan has allocated substantial efforts to foster inter-religious dialogue that genuinely correspond with its internal policy, according to Schneier.

According to Rabbi Schneier, there is no reason why there can not or should not be a place for peace between Muslims and Jews in the Middle East or elsewhere in the world.

The two Abrahamic faiths have so much in common, that, in fact, among those who believe in a single deity “no two other faiths have more in common than Islam and Judaism.”

“First, we are the children of Abraham, or Ibrahim as Muslims call him. Second, we are purely monotheistic religions – we only believe in one God. You [Muslims] have halal, we have kosher. You have imams, we have rabbis. You have the Hadith, the oral law, we have the Talmud. You have your highest service on Friday, we have it on Saturday. Even in Orthodox Jewish law, we are taught that if as a Jew I need to say my afternoon prayers, and there is a mosque right in front of me, I should go into the mosque and pray there,” he said.

For the past 15 years, as an interfaith activist, Rabbi Schneier has studied the Quran, the holy book of Muslims, to enhance his knowledge of Islam and worked with the Muslim community to build a better common society.