By Staff Report in Nation on 6 September 2022 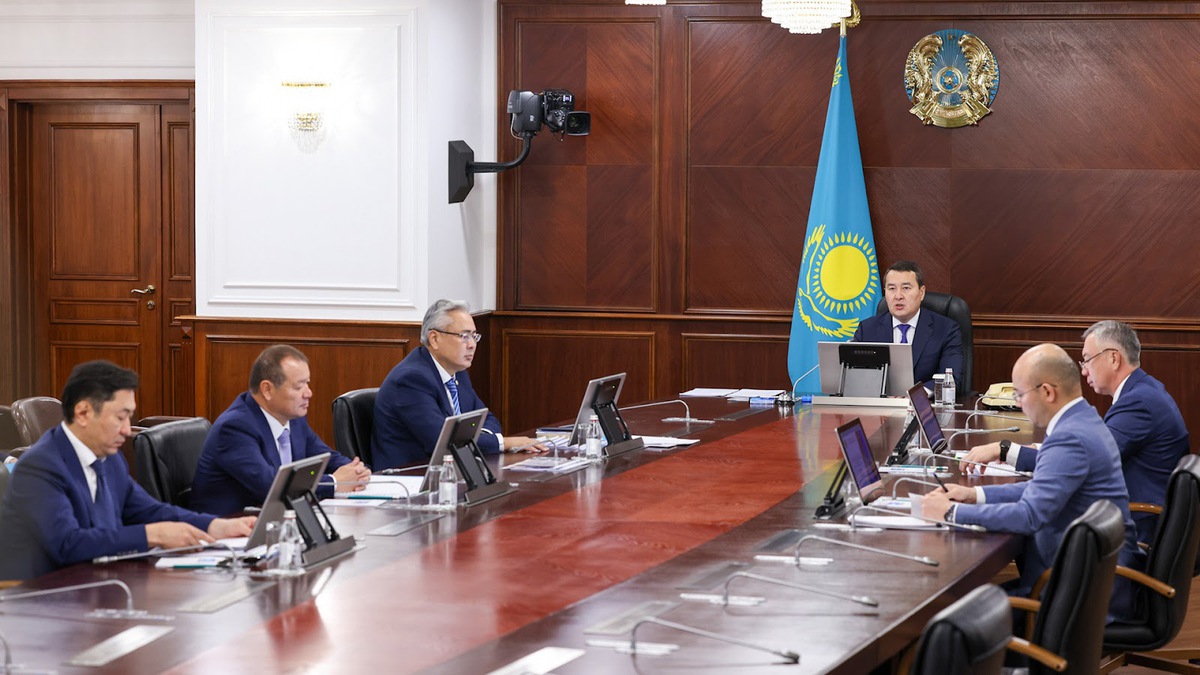 The Sept. 6 government meeting on the approval of the draft National Action Plan. Photo credit: the Prime Minister’s Office

The plan, which was titled “Fair State. One Nation. Prosperous Society,” envisions 109 measures of a new economic policy, the real sector’s development, strategic investments, a reset of the public administration, and a renewed commitment to law and order.

The Modernization of Rural Health National project seeks to improve the medical infrastructure in rural areas, while the national project Comfortable School envisages the construction of schools for 800,000 children by 2025.

The country also will introduce a moratorium on raising the retirement age for women until 2028 with a fixed age of 61. Kazakh officials also plan to increase the duration of payments for childcare to a year and a half from Jan. 1 next year.

The National Fund for Children project is to launch in 2024. Half of the Fund’s annual investment income will go to the children’s special accumulation accounts. They will be available upon reaching the age of 18 for the purchase of housing and education.

The proposed plan’s implementation also entails measures to improve the efficiency of free economic zones, the agro-industrial complex, the water industry in the country, and the development of the Tax, Budget, and Urban Development Codes.

As stated by President Tokayev during his Sept. 1 state-of-the-nation address, the main goal of the economic policy remains unchanged: qualitative and inclusive growth in the well-being of our citizens.