By Staff Report in Congress of Leaders of World and Traditional Religions, Culture on 14 September 2022

NUR-SULTAN – Kazakh singer Dimash Kudaibergen performed his new song at the Unity and Diversity concert organized for the participants of the seventh Congress of Leaders of World and Traditional Religions in Nur-Sultan, reported the congress’s press service on Sept. 14. 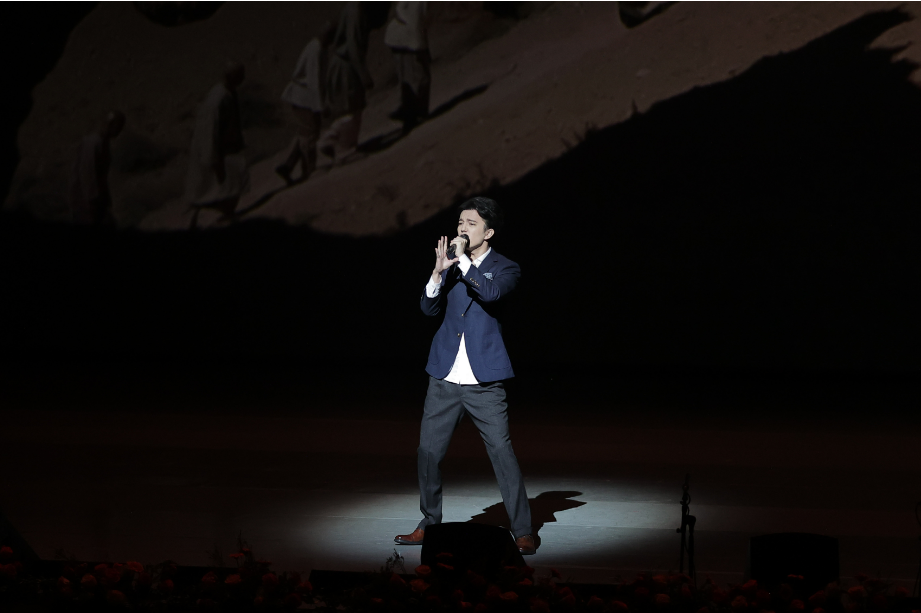 The song promotes the concept of global harmony, which is only achievable if society follows the values of mutual respect and concord.

“The work on this song began three years ago. Dimash approached this composition with utmost responsibility. He composed the music himself. The initial idea was to write a song about kindness and peace to communicate that people need to unite,” said Dimash’s father Kanat Aitbayev.

Many other Kazakh performers also took part in the concert.

“It is no accident that many cultural events occur during the congress. Culture and art are indispensable companions to, and even prerequisites for, society’s spiritual development. And today, when the entire globe is undergoing a crisis of worldview and values and is seeking moral guidance, this fact is critical,” noted the congress’s official representative Nazym Zhangazinova.