By Aida Haidar in Congress of Leaders of World and Traditional Religions, International on 14 September 2022

NUR-SULTAN – The Congress of the Leaders of World and Traditional Religions, Kazakhstan’s major international event since the pandemic, started its work on Sept. 14 in the Kazakh capital. 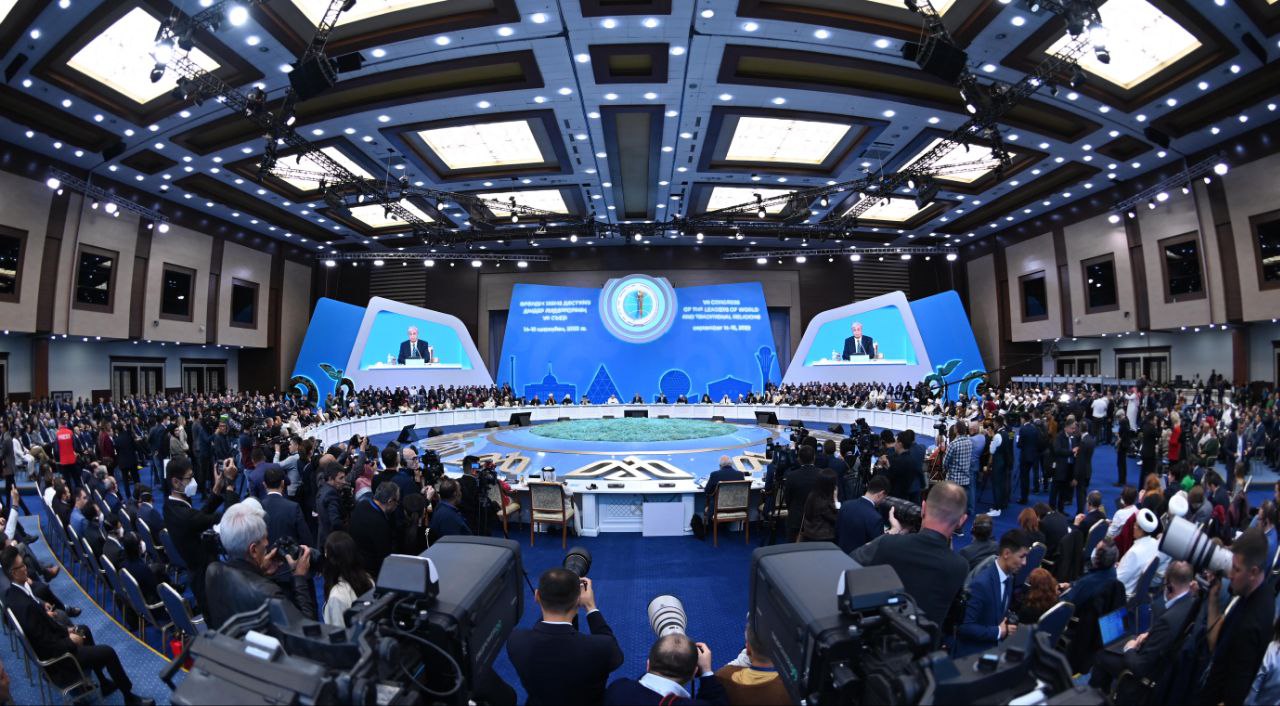 With more than 100 delegations from more than 50 countries, the congress will focus on the role of religious leaders in spiritual and social development in the post-pandemic period.

The one-minute prayer opened the plenary session of the congress.

Welcoming the congress participants, President of Kazakhstan Kassym-Jomart Tokayev said the congress became a platform for inter-civilizational dialogue at the global level.

“The Kazakh land has become a bridge between West and East,” he noted.

According to the President, the historical relevance of congress is growing. He underlined that the world needs an open dialogue today more than ever. 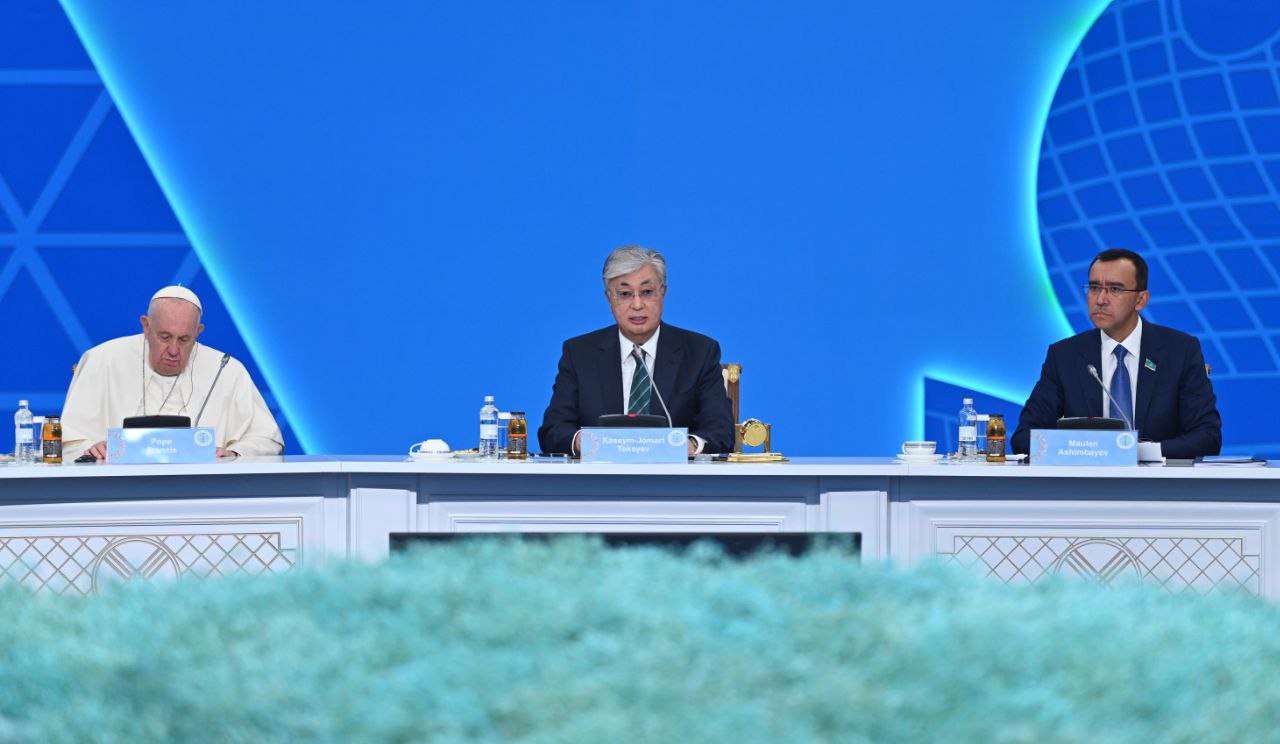 “Unfortunately, distrust, tension, and conflicts have returned to international relations. The solution to these problems is goodwill, dialogue, and cooperation. Kazakhstan has always advocated settling disputes at the negotiating table,” he said.

Pope Francis, in his welcoming address to the congress, quoted the great Kazakh poet and thinker Abai Kunanbayev. “The basis of peace is love and justice,” he said.

The Pontiff urged the participants to be mindful of the horrors and mistakes of the past. Poverty, according to the Pope, is the greatest threat to the world today because it breeds violence and greed.

“Our days are marked by the plague of war, the inability to reach out to another. We must listen to the most vulnerable, those in need. The pandemic has demonstrated all the inequalities on our planet,” the Pope said.

The congress will continue its work for the next two days. In the afternoon, Pope Francis will conduct an open-air holy mass for Roman Catholics and representatives of other religions and confessions.