By Aibarshyn Akhmetkali in Conference on Interaction and Confidence Building Measures in Asia, International on 30 September 2022

ASTANA – The Conference on Interaction and Confidence Building Measures in Asia (CICA) Special Working Group (SWG) meeting conducted on Sept. 28-29, has made a major advance in preparing draft documents to be adopted at the upcoming sixth CICA Summit on Oct. 12-13 in Astana, reported CICA Secretariat on Twitter. 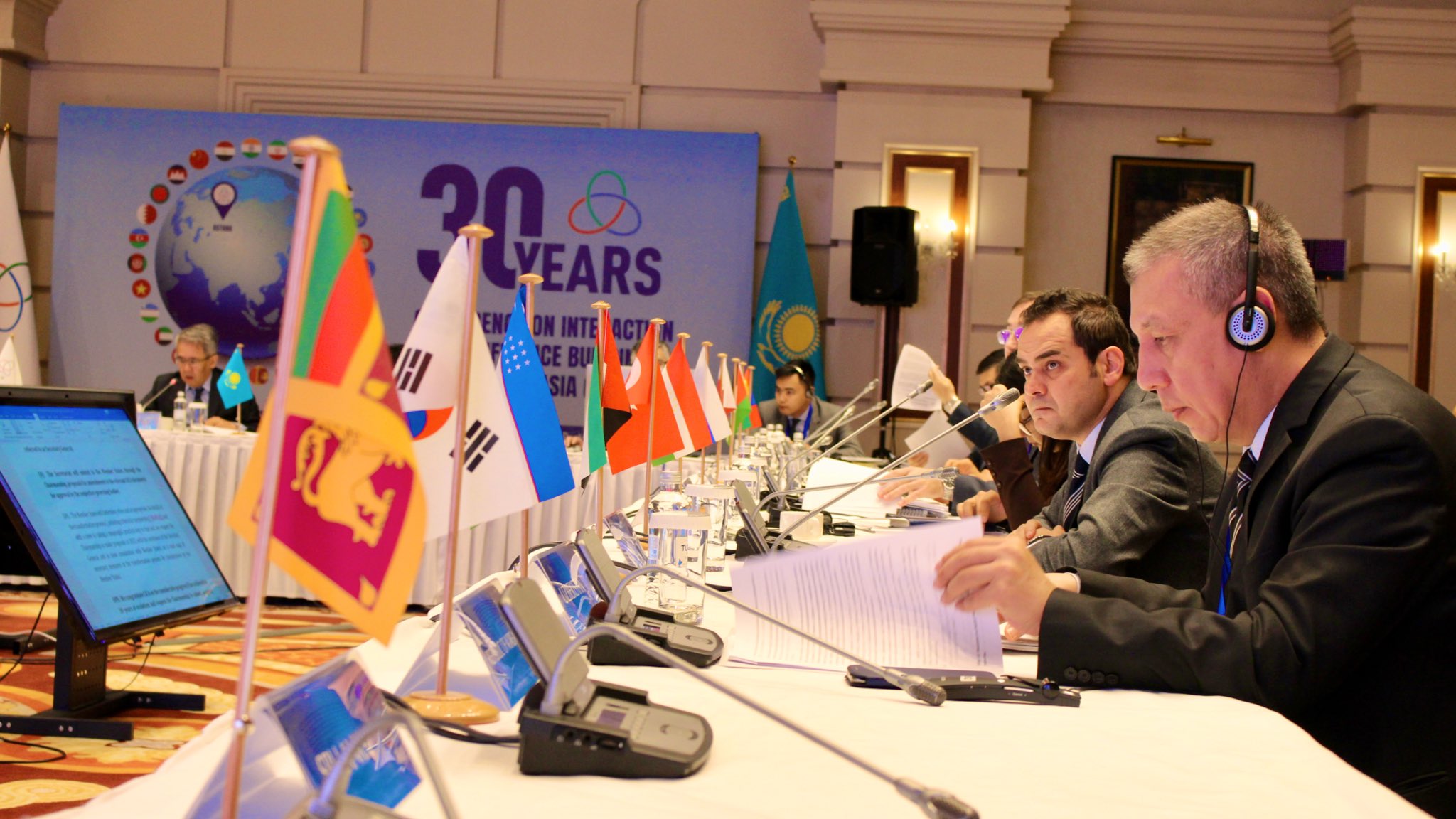 The main document includes a draft Astana Statement on CICA Transformation, which is designed to transform CICA into a full-fledged international organization. Other draft documents include a draft of the CICA Leaders’ Statement on Cooperation in the Field of Security and in the Use of Information and Communications Technologies and draft the CICA Plan of Action on the Implementation of the United Nations (UN) Global Counter-Terrorism Strategy.

“A two-day intensive discussion among CICA member states resulted in a tangible step forward in the drafting of the CICA Summit 2022 outcome documents,” said Executive Director of CICA, Kairat Sarybay on Twitter. “Hope ‘CICA spirit’ based on consensus will prevail at the resumed online SWG meeting on Oct. 4.”

Earlier on Sept. 21, during the 77th session of the UN General Assembly sideline event, Deputy Prime Minister and Minister of Foreign Affairs Mukhtar Tileuberdi said that the proposal to transform the CICA into an international organization will be on the main agenda of the upcoming summit.

CICA is a multinational forum that unites 27 member states that cover over 90 percent of Asia, generating around two-thirds of the global GDP. Kazakhstan holds the chairmanship in CICA for the 2020-2022 years.