Wild Tiger Population Could Be Reintroduced in Kazakhstan by 2025, Says Expert

By Aibarshyn Akhmetkali in Kazakhstan Region Profiles: A Deep Dive Into the Heart of Central Asia, Society on 9 August 2022

NUR-SULTAN – Wild tigers may be reintroduced to Kazakhstan’s biosphere as early as 2025, said Olzhabek Kholov, the lead expert of the forestry and wildlife committee of the Ministry of Ecology, Geology and Natural Resources of Kazakhstan in an interview with The Astana Times. 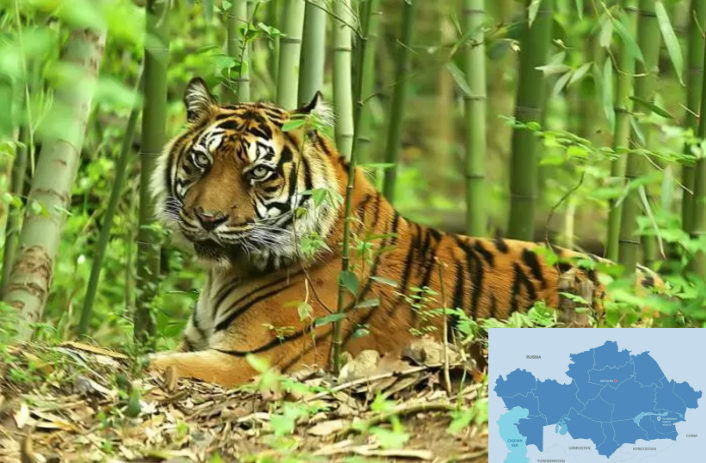 Scientists have proven that Turanian tiger subspecies is genetically identical to the Amur tiger that lives in the Russian Far East. Photo credit: wwf.ru. Click to see the map in full size

The government of Kazakhstan and the World Wildlife Fund (WWF) signed a memorandum in 2017 to implement a project aimed at reviving the wildlife population of Turanian tigers, also known as the Caspian tigers in the Pre-Balkhash region.

Famous for its endurance and massive size which could reach up to 2.24 meters in length and a body weight of up to 240 kilograms, the Turanian tiger has been extinct since the 1970s. They inhabited areas from Türkiye to western China, including the Caucasus, Iran, and Central Asia.

In Kazakhstan, the tigers once dwelled along the sides of Balkhash Lake and the coast of the Amu Darya River.

According to the WWF, tigers went extinct because of the loss of quality habitat, loss of the prey base and direct poaching. After the Soviet government allowed the plowing of the most fertile floodplains for cotton fields, the population of ungulates, the basis of the tiger’s diet, around the area steadily went down. At the end of the 19th century, tigers were also killed to protect landowners. 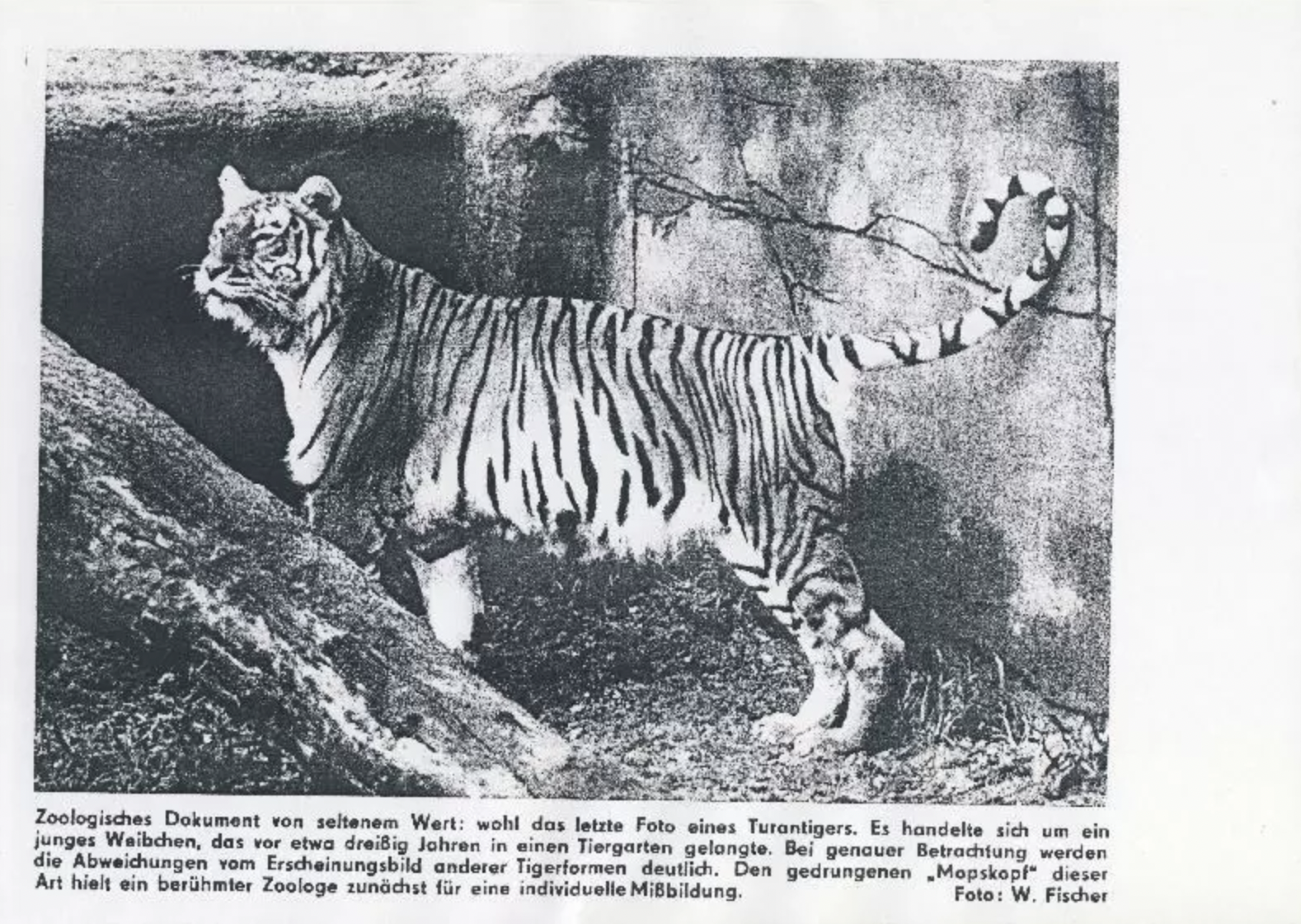 The program, designed under a 35 year plan, includes three stages: preparation of the habitat, release of the animals into the wild and active monitoring of the program’s success.

Upon completion of the first stage of the program, it is expected that the ecosystem will be able to support a viable tiger population in the Ile-Balkhash State Nature Reserve, a dedicated specially protected natural area.

The expert said that in the last five years, an extensive amount of work was done to protect the territory and increase the number of wild boar and roe deer.

“For example, last year in July, 61 Bukhara deer were released, so today there are more than 150 animals in the reserve,” said Kholov. “It is planned that by 2025 the populations of wild boar, roe deer, gazelles, and kulans will be formed to provide approximately 25-30 ungulates per 1,000 hectares, which is over 3,500 animals in the area. Considering that one tiger needs around 60 large ungulates per year, food will be provided with a large supply.” 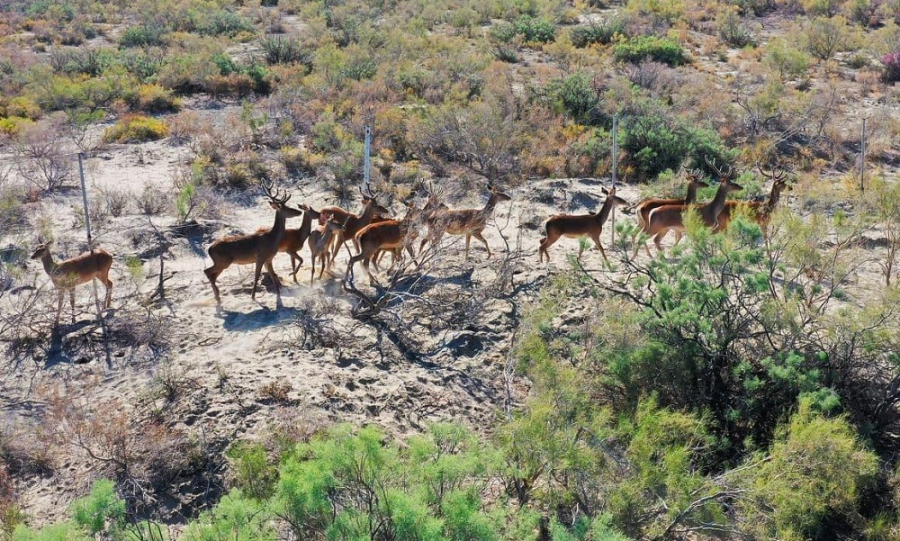 The second stage of the program will run from five to seven years with the release of 10 to 20 animals. During the third stage – the monitoring stage – the entire ecosystem will be monitored enabling prompt response to any problems detected.

The project is expected to not only restore the tiger population but also the diversity of other animal and plant species.

“Restoring the tiger population is not just about preserving the animal itself. The predator would make the ecosystem the same as it was before the human intervention in nature and contribute to its revival,” said Kholov.

If the project succeeds, Kazakhstan will become one of the first countries in the world to return the tiger to a region where it was completely exterminated more than 70 years ago.

“The tiger is a flagship species for the entire world, and it could become an additional argument for Kazakhstan to negotiate the provision of water in the Ili River for Balkhash Lake and the Almaty Region with China,” said Kholov.

The Turanian tiger is completely extinct as a species, however, scientists have proven that this subspecies is genetically identical to the Amur tiger that lives in the Russian Far East. Earlier in 2009, an international team of biologists conducted genetic research on tiger DNA samples from the museums of Central Asia.

“Having compared them with other carnivore species, scientists came to the conclusion that DNA of Turanian and Amur tigers are identical, which allowed us to talk about reintroduction and return of the predator,” said Kholov.

A conflict between humans and tigers has a very low probability, according to Kholov. “Special brigades that know how to prevent predators from entering populated areas will be created in Kazakhstan, so as not to provoke any conflict,” he added.

Specialists will monitor the movement of animals using satellite collars and limit their possible migration from the territory of the reserve. This practice has existed in Russia and India for many years.