By Aizada Arystanbek in Kazakhstan Region Profiles: A Deep Dive Into the Heart of Central Asia, Society on 18 July 2021

NUR-SULTAN – The third and the largest release of the Bukhara deer took place in the Ile-Balkhash nature reserve of the Almaty region on July 12, reported the World Wide Fund (WWF) Representation in Central Asia. 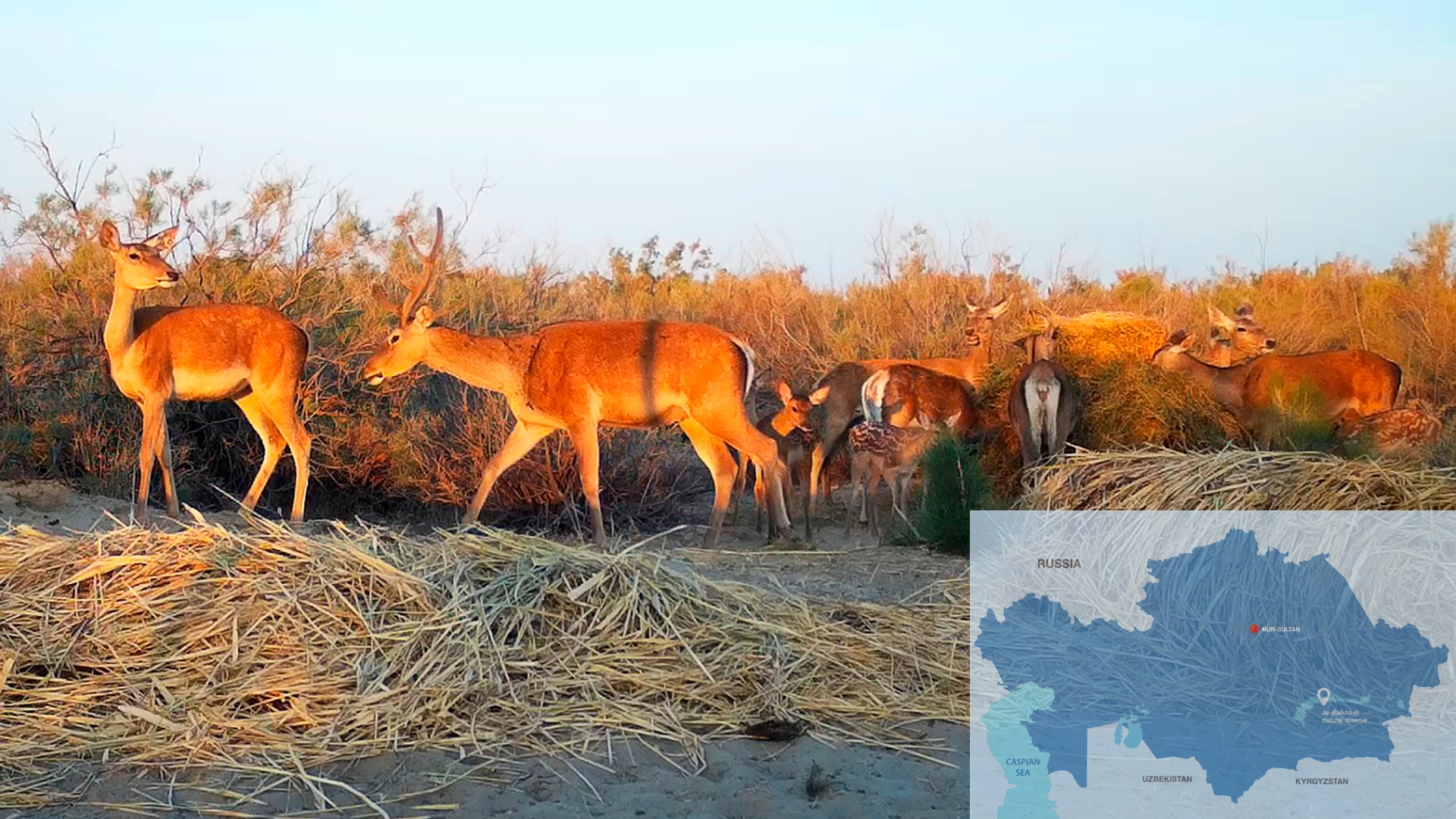 Click on the picture to see the map. Photo credit: WWF Russia.

“Together with the WWF, 61 deers were planned for release, which is a record number for one year. Camera traps were set up in the release zone to observe the deers that returned to nature. In addition, a total of nine satellite collars are used to enhance the control of the deer population,” said Head of the Almaty Regional Territorial Inspection of Forestry and Wildlife Department Leonid Sidorenko.

The collars are common all over the world, as they help track the movement of the deer. According to experts, the devices are attached painlessly and do not cause any harm to animals.

The first two releases of Bukhara deers were produced in 2019 when the first five deers settled on the territory of the reserve and in 2020 when they were joined by another 14 adult deers and one baby deer.

Bukhara deers were once widespread in the Balkhash region. However, at the beginning of the last century, the species began to vanish. After several decades, it completely disappeared from the ecosystem of Kazakhstan. Today the world population of Bukhara deers is approximately 3,500. The species is protected at the international level by the Memorandum of Understanding on the Conservation and Restoration of Bukhara Deer.

“The restoration of the Bukhara deer population in the Ile-Balkhash reserve is very successful. We see that the deer have adapted and are giving birth to their calves. According to preliminary estimates and taking into account the current release and the number of deers born in the wild, there are almost 100 deers in the reserve,” noted WWF Central Asian Program Director Grigory Mazmanyants.

The return of the Bukhara deer to the wild of the Balkhash region is an important stage in the reintroduction of tigers into the region, which is being conducted by the WWF in cooperation with the Committee for Forestry and Wildlife of the Kazakh Ministry of Ecology, Geology and Natural Resources.