By Staff Report in Conference on Interaction and Confidence Building Measures in Asia, International on 19 August 2022

NUR-SULTAN – Vietnam confirmed its participation in the Conference on Interaction and Confidence-Building Measures in Asia (CICA) summit, which will be held in October this year in Nur-Sultan during the first official visit of Kazakhstan’s Deputy Prime Minister and Foreign Affairs Minister Mukhtar Tileuberdi to Hanoi on Aug. 18, reported the ministry’s press service. 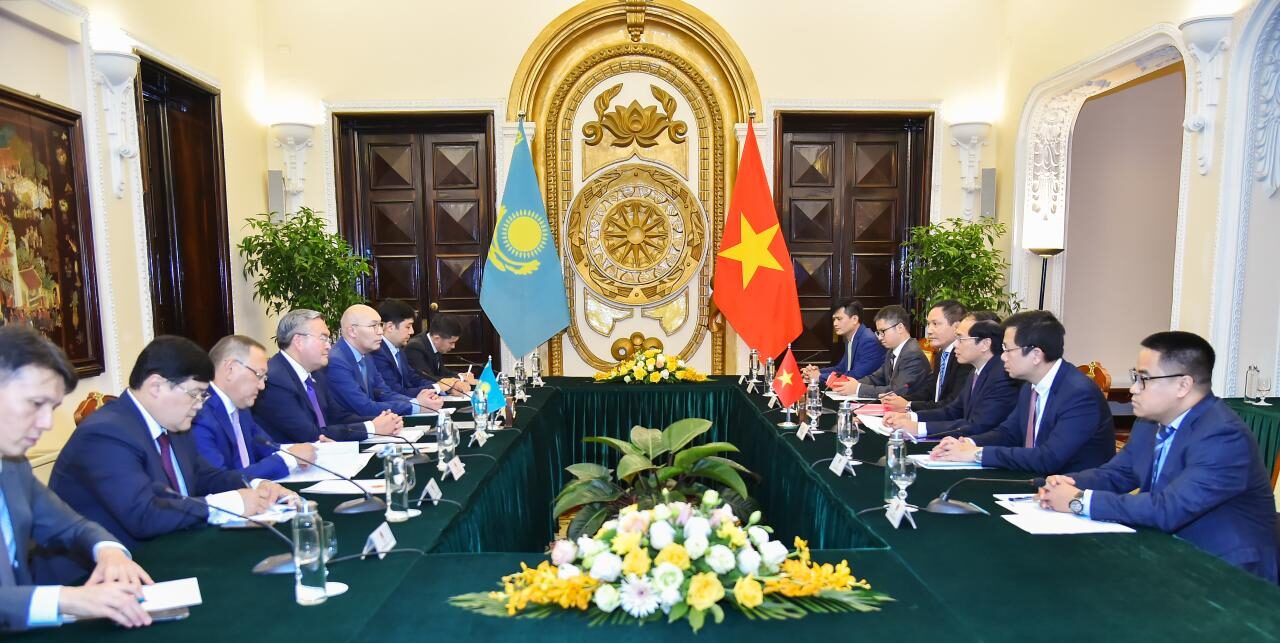 The official part of the visit to Hanoi began with a wreath-laying ceremony at the Ho Chi Minh Mausoleum.

During the meeting with Vietnam’s President, Tileuberdi praised the reforms carried out in Vietnam and encouraged him to enhance bilateral cooperation at the highest level.

At the meeting with Vietnam’s Prime Minister, the politicians addressed economic partnership, highlighting the importance of increasing volumes of bilateral trade and investments.

Tileuberdi met with Vietnam’s Minister of Industry and Trade Nguyen Hong Dien to discuss the upcoming meeting of the intergovernmental commission, which will be held in September in Hanoi.

According to Vietnamese VietJet Air low-cost airline Vice Chair Nguyen Thanh Hung, direct flights on the routes Almaty-Nha Trang and Nur-Sultan-Nha Trang will be launched in October this year.