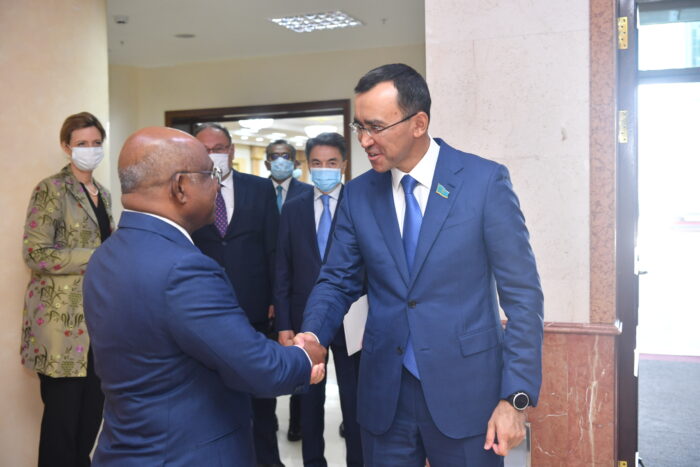 “I have seen Kazakhstan’s total commitment to what the UN is about,” said Shahid summarizing his visit in a brief interview to local journalists.

He commended the nation’s efforts to help the stability in the region. “Kazakhstan provides a very important platform for regional security and stability. Kazakhstan showed its leadership throughout the work it has done as a non-permanent member of the UN Security Council. It showcases the total commitment of Kazakhstan for international peace and security,” said Shahid.

He also assessed Kazakhstan’s achievements in sustainable development goals (SDGs) as “outstanding.” “Kazakhstan has submitted its voluntary national review reports twice, which places Kazakhstan among few countries that have done so,” said Shahid. 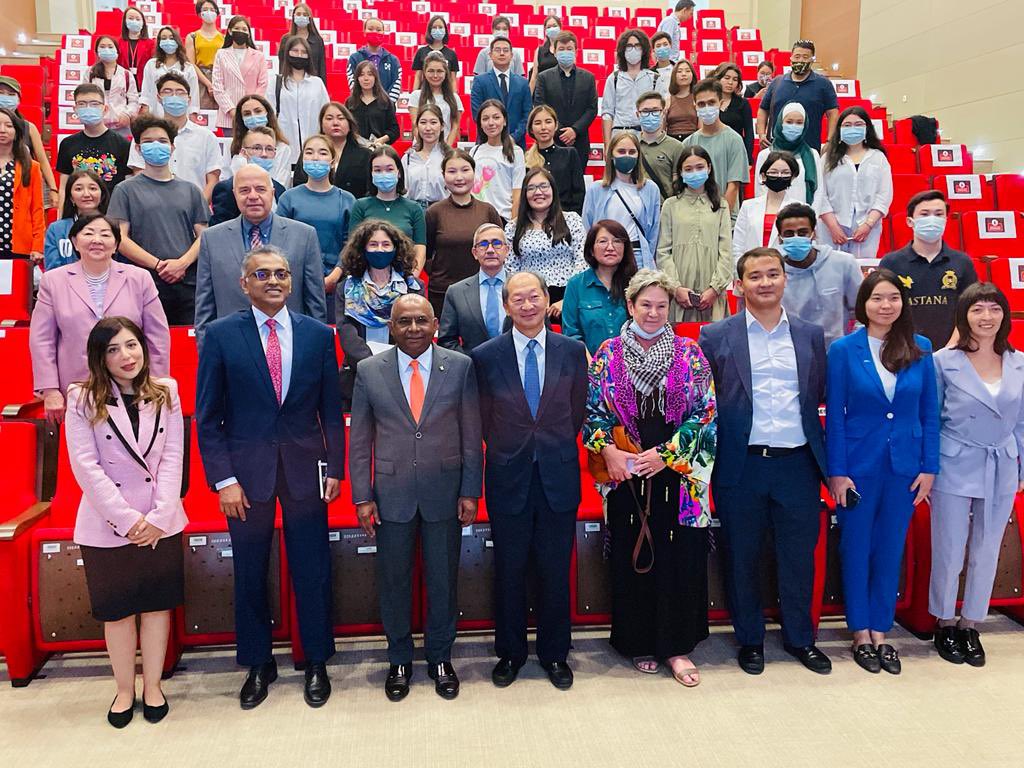 As President Tokayev met with Shahid on Aug. 11, he emphasized the role of the UN in promoting global peace, security, and sustainable development, reported the President’s press service.

The head of the UN GA, in turn, reaffirmed his support for the large-scale reforms being implemented under Tokayev’s leadership and the results of the recent referendum on amendments and additions to the Constitution of Kazakhstan.

According to Shahid, the ongoing reforms would bring the protection of human rights and the development of civil society in Kazakhstan to a new level.

The talks between Shahid and Kazakh Foreign Minister Tileuberdi referred to the 30th anniversary of Kazakhstan’s membership in the UN, which is celebrated this year.

Both sides agreed that UN – Kazakhstan ties could further strengthen through close cooperation in the areas of post-pandemic recovery, climate change, sustainable development, and ensuring global and regional security and stability. 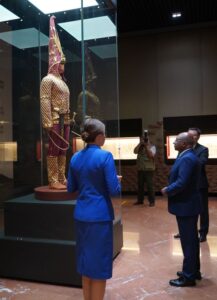 Shahid stressed the importance of Kazakh initiatives in the areas of nuclear non-proliferation, strengthening global biological security, religious tolerance, gender equality, promoting the interests of the landlocked developing countries, as well as Kazakhstan’s efforts to resolve international conflicts, and provide assistance to stabilization of Afghanistan.

Senate Chairman Ashimbayev briefed Shahid on the government’s efforts to achieve SDGs and implement the UN’s 2030 agenda. The goals outlined by the UN are integrated into the strategic documents and programs of Kazakhstan, according to Ashimbayev.

The less formal side of the UN GA President’s visit on Aug. 12 included meeting the student body of Nazarbayev University. “There is no denying that the burdens of today’s challenges will one day fall on the young. As such, youth involvement is critical to the continued success of multilateralism,” wrote Shahid on Twitter following the meeting with the students.

He also expressed his delight at meeting representatives of women in civil society organizations in Kazakhstan. “Learned of their impressive work to address gender equality and women empowerment issues through legal and political education, entrepreneurship and capacity building programs, and protection of human rights,” he said.

As part of his cultural acquaintance, Shahid visited the National Museum of Kazakhstan. On his Twitter account Shahid described the famous “Golden Man” statue of an ancient warrior discovered in a gold-plated uniform as a “not to be missed” exhibit.