By Staff Report in International on 11 August 2022

NUR-SULTAN – The ongoing reforms will bring the protection of human rights and the development of civil society in Kazakhstan to a new level, said President of the 76th session of the United Nations General Assembly Abdulla Shahid during the meeting with Kazakh President Kassym-Jomart Tokayev on Aug. 11, reported the Akorda’s press service. 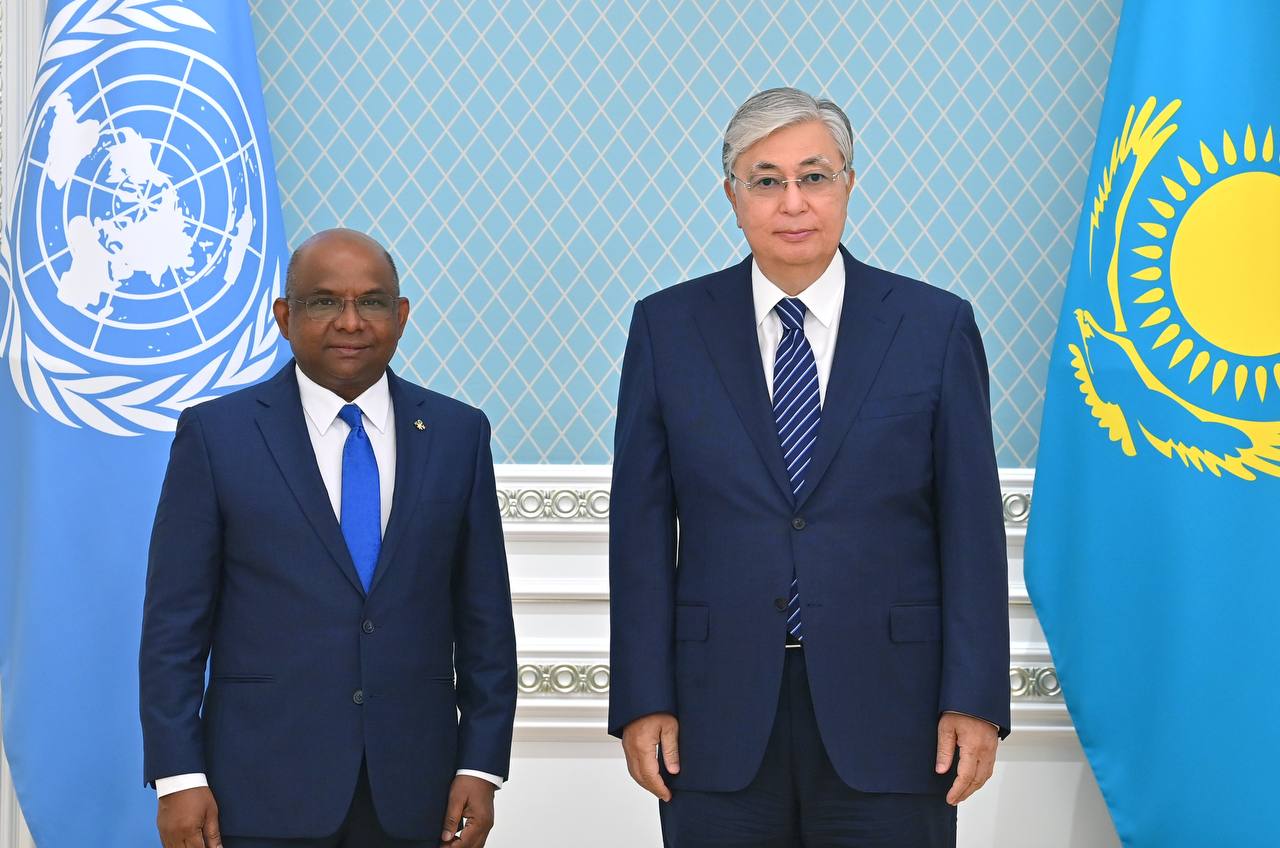 Shahid commended Kazakhstan’s 30-year partnership with the UN as well as the large-scale reforms implemented in the country.

Tokayev noted the UN’s exceptional role in fostering global peace, security and sustainable development. The President also briefed his guest about preparations to the seventh Congress of Leaders of World and Traditional Religions, which will be held Sept. 13-15 in Nur-Sultan, and thanked the UN for the consistent support of the forum.