NUR-SULTAN – Kazakhstan has sufficient wheat for export, allowing it to preserve its trading position in its traditional markets, said Kazakh Minister of Agriculture Yerbol Karashukeyev at an Aug. 23 government meeting, reported the ministry’s press service. 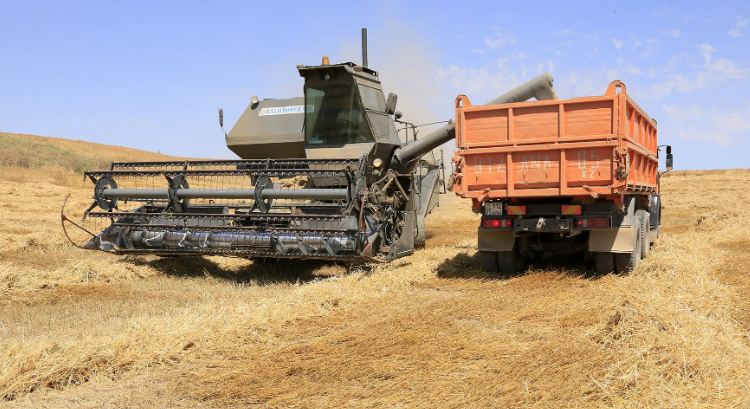 “The gross grain harvest is expected to reach 18.3 million tons, with wheat accounting for more than 13.4 million tons,” said Karashukeyev.

In 2021, the country’s gross grain and wheat harvests were 16.6 million tons and 11.8 million tons, respectively. According to the Kazakh Bureau of National Statistics, that was the lowest figure since 2012.

In regards to exports, Karashukeyev highlighted that Kazakhstan leaves 6 million tons of crop for domestic consumers each year, while the remaining volumes of grain and flour are exported.

“We anticipate that the exports during this marketing year will be at average annual levels,” he said.

Kazakhstan contributes a significant export share of grain and wheat products to the world market. As of July this year, wheat exports reached 3,035 million tons. Traditional importers of Kazakh wheat and flour are the countries of Central Asia and Afghanistan. Previously, it was reported that Kazakhstan plans to increase wheat exports to China, the countries of the Caucasus (Azerbaijan, Georgia), Pakistan, Türkiye, and Iran, as well as open new markets in the European Union.