NUR-SULTAN – Seven months since the January riots shocked the country, the investigation is still ongoing. The press briefing on Monday convened representatives of the Prosecutor General’s office and the Ministry of Internal Affairs to disclose some details of the month-long investigation. 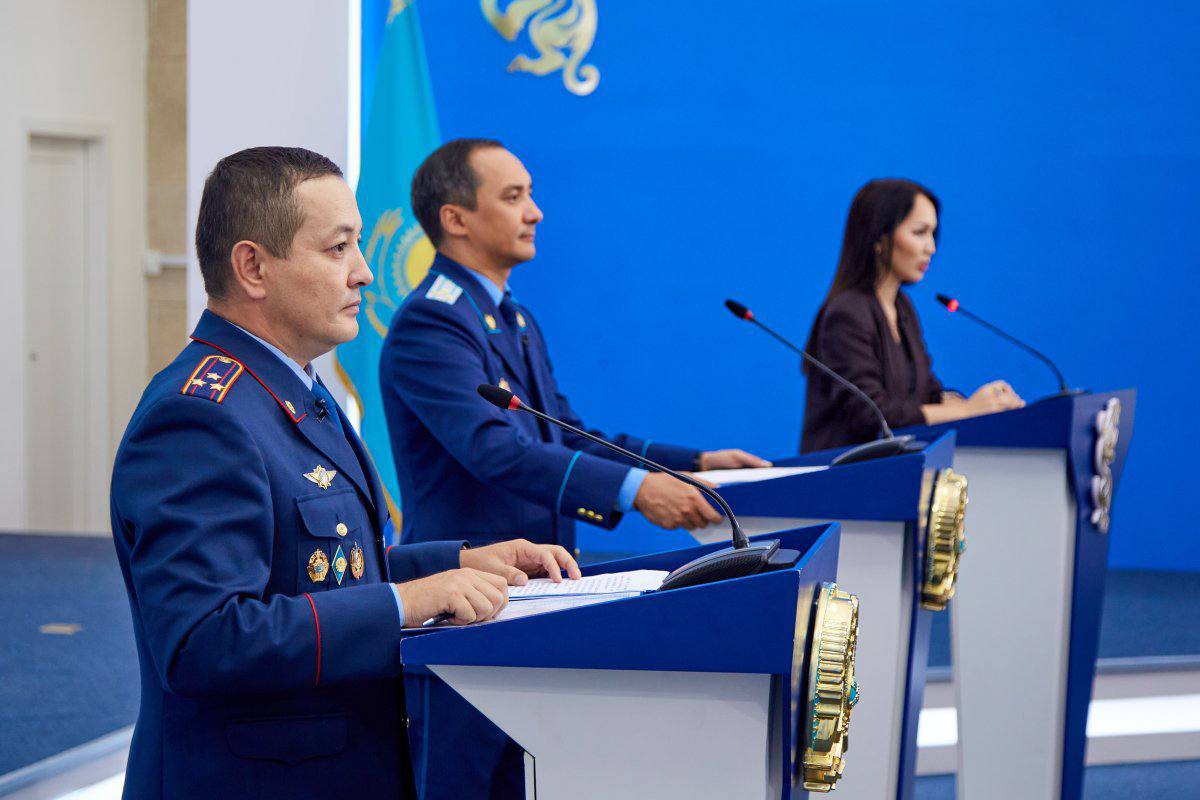 What happened in January?

Peaceful protests broke out on Jan. 2 in the town of Zhanaozen in the Mangystau Region incited by anger over surging prices for liquid petroleum gas, widely used in the region, to 120 tenge ($0.27) per liter. People demanded the restoration of the price cap to 50 tenge ($0.12) – a demand which the government fulfilled a few days later.

The protests quickly spread to other cities including Almaty, Nur-Sultan, Shymkent, Aktobe, and Atyrau. Kazakhstan’s largest city and former capital Almaty was hit hardest after the peaceful protests were hijacked by what the government called terrorist groups and criminals. Its city hall was set ablaze, and hundreds of public and private buildings were damaged.

A state of emergency was in place from Jan. 5 to Jan. 19 before the situation finally stabilized in the country.

What is known so far?

Interdepartmental investigative and operational groups led by special prosecutors are investigating the causes of the January tragedy and identifying the organizers of the terrorist acts and mass unrest.
Addressing the press briefing on Monday, Mukhtar Kozhayev, deputy head of the investigative department at the Ministry of Internal Affairs, said that during the tragic events, some citizens “succumbed to the persuasions of the criminals to join the riots.”

“As a result, 71 government buildings were destroyed and damaged and more than 700 vehicles, including those belonging to ambulances, police and fire departments. More than 1,500 businesses incurred enormous damage amounting to billions of tenge. Citizens and law enforcement officers were killed,” said Kozhayev.

He said that the ministry is taking measures to ensure compliance with the constitutional rights of citizens during pre-trial proceedings.

“In respect of suspects who are positively characterized and who paid damages to the victims at the stage of pre-trial investigation, preventive measures were changed to those that are not related to isolation from society. On these grounds, 255 suspects were released from custody,” said Kozhayev.

He also said that 1,731 citizens were recognized as victims and the compensation for damage provided to victims exceeded 343 million tenge (US$716,464).

Out of 969 criminal proceedings that were closed, 594 have been sent to court. 92 persons who had committed serious or particularly serious offences were sentenced.

The ministry also continues to search for arms that were stolen during the January events. As of Aug. 1, 860 weapons were seized, including 475 service weapons and 379 civilian weapons.

The whereabouts of 2,089 stolen weapons, however, remain unknown.

“Pogroms, arson of government facilities, destruction of property and acts of terrorism were committed in the cities of Almaty, Shymkent, as well as Aktobe, Atyrau, Almaty, Zhambyl, Kyzylorda and East Kazakhstan regions,” said Nurlybek Sabitov, deputy head of the Special Prosecutors Service of the Prosecutor General’s Office.

“To date, 286 suspects are in custody in all criminal cases. They took an active part in pogroms, arson of buildings, theft of firearms, armed attacks on government facilities and employees of law enforcement agencies. There is sufficient information on each of the arrested about their involvement and active participation in serious crimes,” said Sabitov.