By Assem Assaniyaz in International on 24 August 2022

NUR-SULTAN – Kazakh President Kassym-Jomart Tokayev met with President of Azerbaijan Ilham Aliyev during his first official visit to Baku as the head of state on Aug. 24, Akorda’s press service reports. 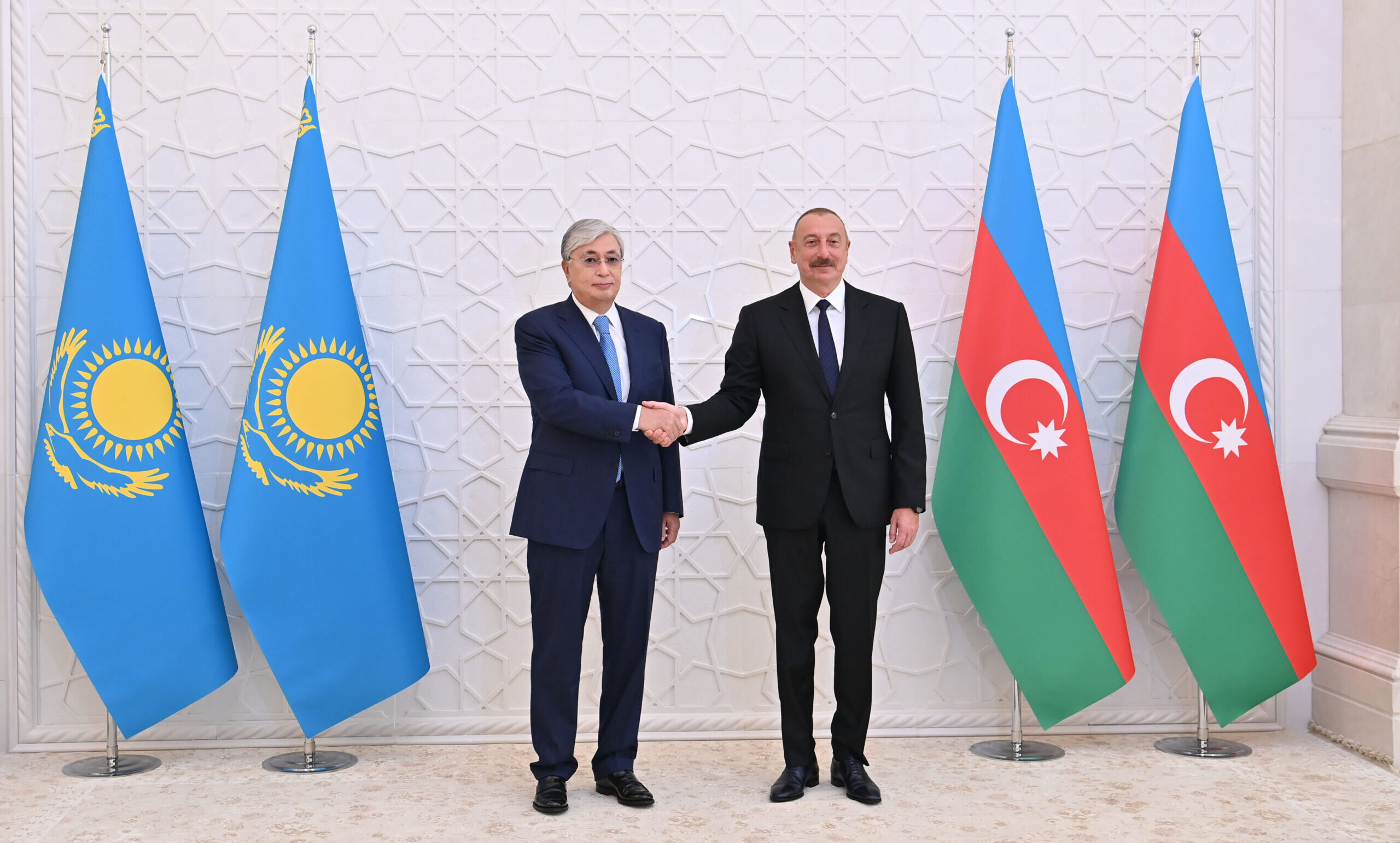 President Tokayev was greeted with an official welcoming ceremony, after which the presidents held bilateral talks.

“Firstly, I would like to express my appreciation for your hospitality. I am delighted to be visiting your country for the first time as the President of Kazakhstan on an official visit. Indeed, today’s visit has a special significance for me,” said Tokayev.

“Several documents will be signed as a result of today’s negotiations. I am confident that they will elevate bilateral cooperation and Kazakh-Azerbaijani relations to a new level,” he noted.

The President of Azerbaijan thanked President Tokayev for accepting the invitation. He highlighted that the Kazakh leader’s visit to Baku significantly contributes to the cooperation between the two countries.

At the end of the meeting, the President of Azerbaijan received the highest state honor of Kazakhstan, the Order “Altyn Kyran” (Golden Eagle), for his significant contribution to fostering bilateral friendship and cooperation. 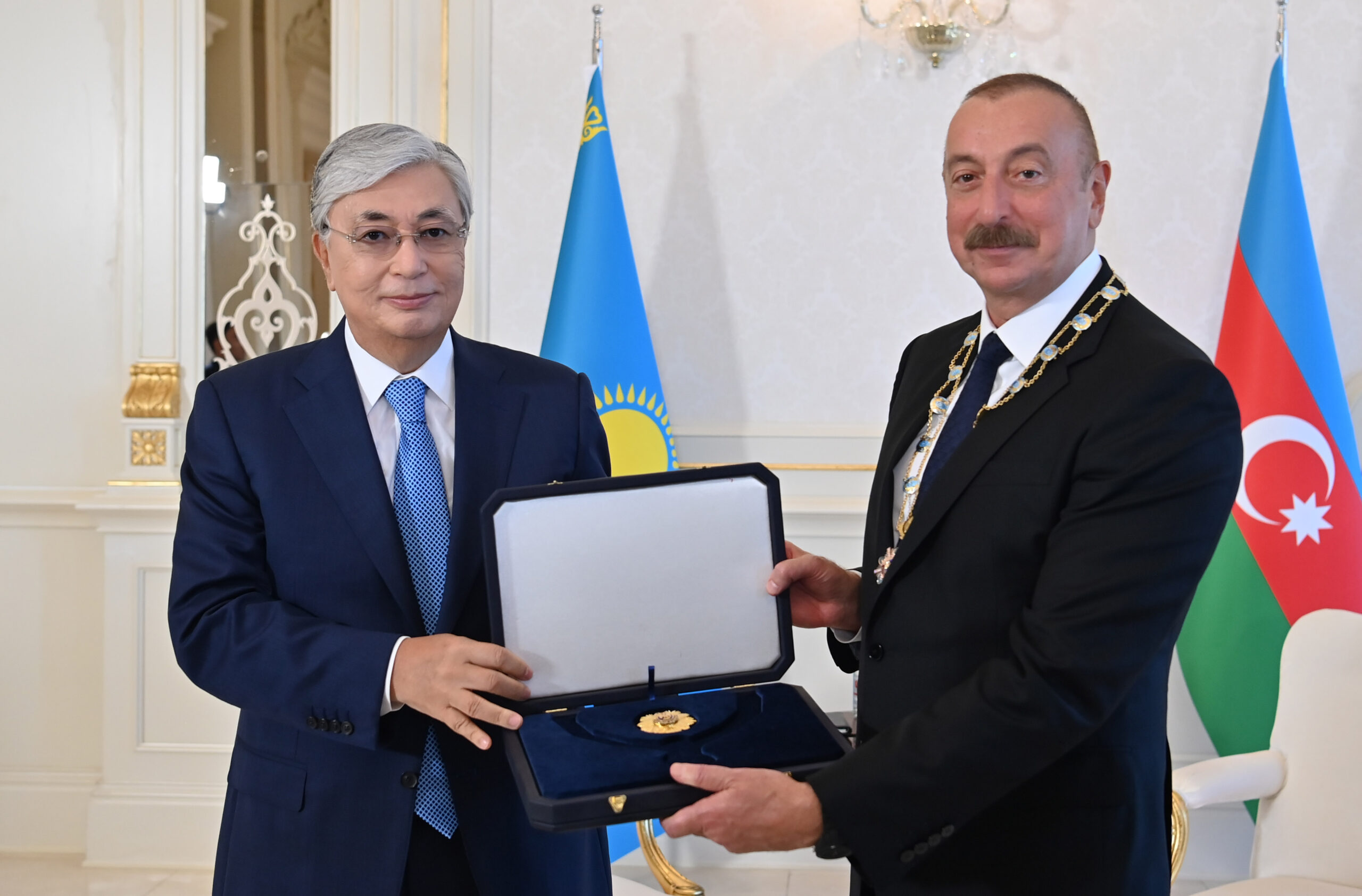