NUR-SULTAN – Kazakhstan has all the right fundamentals to become a powerhouse in the region, Head of Business Development and Partnerships at StartX Darsh Mann told The Astana Times. He was on a one-week visit to Kazakhstan to meet with the country’s entrepreneurs in Nur-Sultan and Almaty to build solid partnerships and understand the country’s needs in the development of an innovation ecosystem. 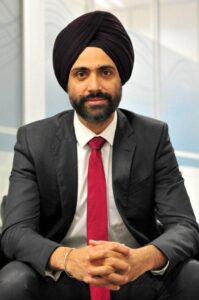 Based in Palo Alto, California, StartX is a non-profit community of serial entrepreneurs, industry experts, tenured Stanford professors and well-funded growth-stage startups, initially developed through grant funding from Stanford University and Stanford Health Care to support the Stanford entrepreneurship ecosystem. Here in Kazakhstan, Darsh met with organizations and individuals involved in forging an innovative ecosystem in the country.

“StartX represents a community of entrepreneurs, which have come out of the Stanford ecosystem. Talking about the success story, today, over 16 unicorns have been formed and three of them are even decacorns with over $10 billion valuation,” said Darsh, emphasizing his organization’s focus on helping founders on their journey for free. “When founders come to us, they’re either a student or somebody starting a company, we help the person. And the thing is that after 10 years, when the company is doing well, there’s a lot of giving back and that’s what the community represents.”

Darsh’s visit is a follow-up of several meetings that he and other senior executives at StartX had with Kazakh diplomats in the United States. In October last year, Kazakh Ambassador to the US Yerzhan Ashikbayev had an informative conversation with StartX CEO Joseph Huang and Darsh Mann on the support ecosystem for startups and creative ways in advancing tech and innovation.

“Last year in October, the delegation with the Consul General of Kazakhstan based in San Francisco came to StartX. They met us and that’s where it started going. Then the Social Development Fund [of Nazarbayev University] reached out saying they are interested in talking to us to build the entrepreneurial ecosystem and community to support the founders in the US. (…) In mid-May, the Social Development Fund came to StartX and saw what StartX means. There have been many steps of building this relationship across StartX and the Nazarbayev University,” he said. 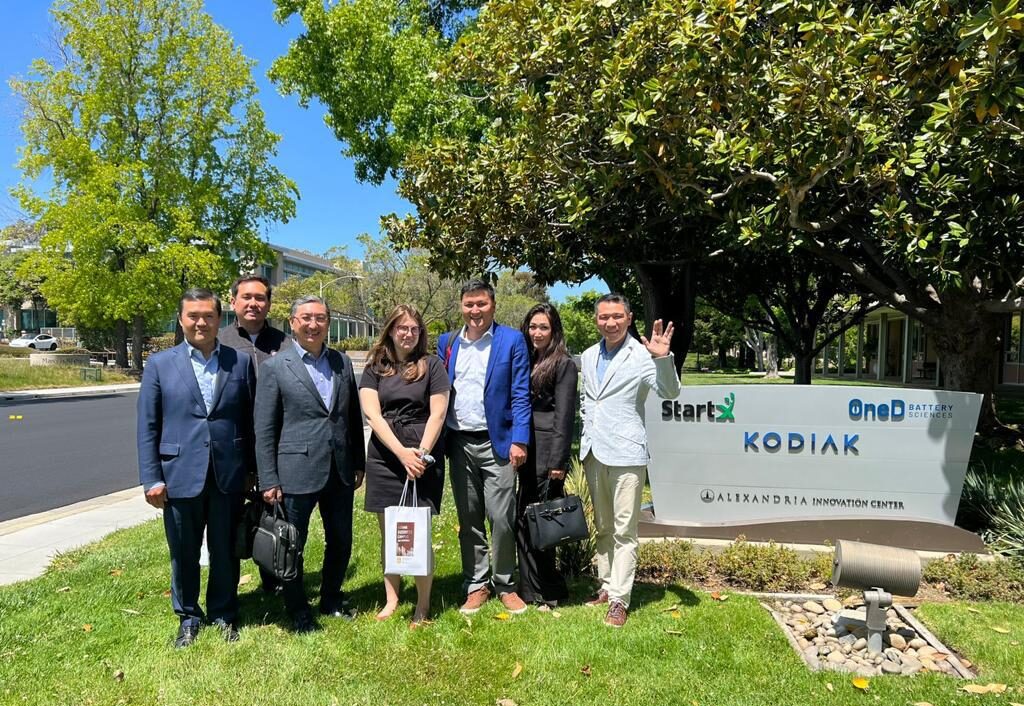 StartX has close to 900 companies and nearly 2,000 founders. According to Darsh, the opportunity exists to extend the ecosystem into different geographies which have the right mix of talent, skills and supporting resources.

He said Kazakhstan represents an exciting opportunity in Central Asia with its unique position in the region. “It is a vibrant and young nation with over half of its population in youth and childhood. It is building a strong foundation of education through universities like Nazarbayev University to foster learning and growth in the skills,” he added.

“I have been here [in Nur-Sultan] for about less than a day. What I see here is fascinating and what impresses me are the kinds of values it is being built on. It is not being built as a replication of another model. It has the fundamentals of the right infrastructure and the right educational institutions. Even culturally, the kind of facilities that are being built here in Nur-Sultan,” said Darsh. He stressed that Kazakhstan has “all the right fundamentals” to be a powerhouse in Central Asia and attract a lot of talents, something the country has already been doing.

He also highlighted the preferences the country offers to investors, including a visa-free regime. Since Jan. 1, 2022, Kazakhstan has resumed a unilateral visa-free regime for citizens of 54 countries and since July 8, introduced visa-free entry for citizens of China, India and Iran. Darsh said with a grin that he is one of the first beneficiaries of a visa-free regime for Indian citizens to be able to travel to Kazakhstan. “Such confidence-building measures to support trade and travel are definitely bringing the world together to partner and grow,” he added. 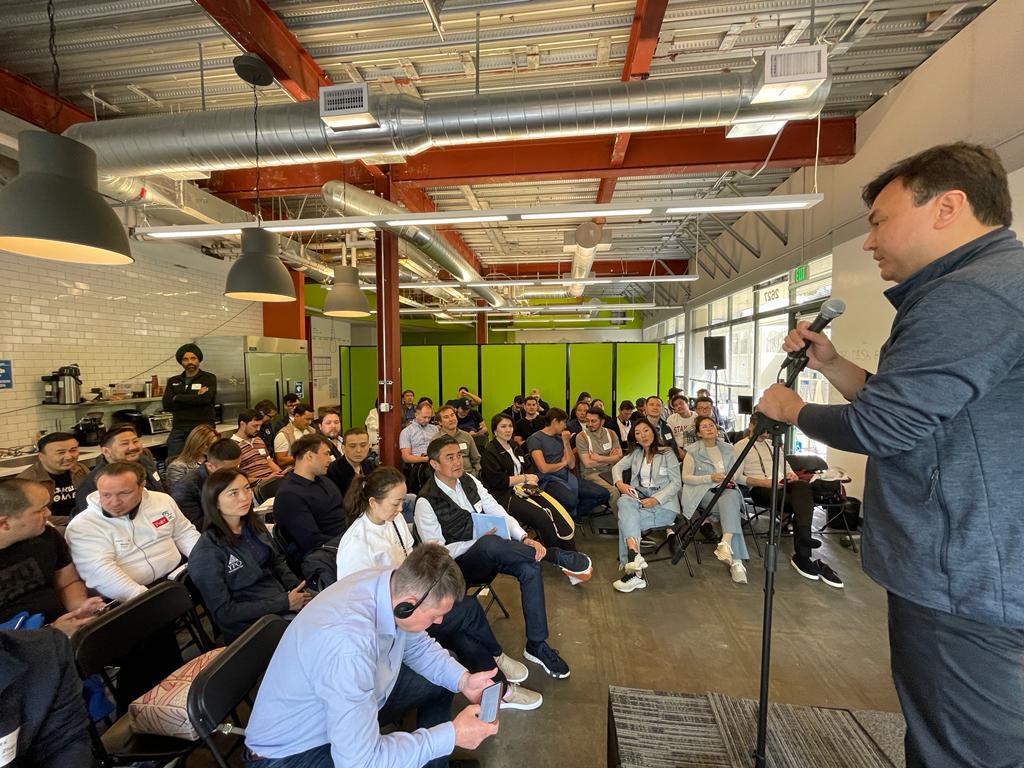 Darsh had several meetings while in Almaty, including with Jas Ventures, an ecosystem created for the development of entrepreneurs and IT startups.

What kinds of partnerships could be built?

StartX is currently working on a partnership with the Social Development Fund, a setup under the aegis of Nazarbayev University. The fund has built a strong infrastructure in Astana Business Campus and JAS Ventures to support entrepreneurship. “The goal is to partner with a leading institution here to create opportunities to support the wider entrepreneurial ecosystem across Kazakhstan,” he explained.

There are two ways Darsh sees the partnership between Kazakhstan and StartX developing going ahead.

One is to bring in community members from StartX to Kazakhstan and the second is to give startups a chance to get exposed to the Silicon Valley experience through a selection of three cohorts per year.

“In each session, we receive about 300 to 400 applications and the success rate of applications for startups is less than 10 percent. So our 400 founders, who have been to Stanford, apply to StartX and only 10 percent of them get it. So that is the high bar for founders to come to StartX,” said Darsh.

He explained that despite what many say, all companies are not going to succeed in an accelerator or incubator. Even if half of the companies succeed, it is a great metric.

“That number for StartX is 90 percent, which means 90 percent of startups that come to StartX are either growing or they had a successful exit. What we want to do is help the startups here,” said Darsh.

What can Kazakhstan offer?

For StartX companies, Kazakhstan would be a solid place to begin their outreach into Central Asia.

“How about I would say 1,020 companies, who are based in the United States, decide to come to Asia. So one way of thinking about that – let’s set up a base in Nur-Sultan, especially with the kind of benefits that are being offered here,” said Darsh.

Another option is for StartX community members to get involved as investors or mentors. “They can even travel here and engage more deeply with this ecosystem,” he added.

To take a startup project from an idea to a successful project, founders face challenges on many levels. Securing funding is one of them, but not the most important, according to Darsh.

“StartX had a partnership with Stanford endowment fund to invest in the StartX companies. We ran that for about five to seven years. We realized that after a while, our companies do not need the money as much from us, they need more networking, expertise, education and resources. (…) To be a successful community, you do not need to be a mere investor in that startup, the relationship is of far more value to the founder if it is not that.”

Darsh has had a chance to meet with the representatives of Nazarbayev University in Nur-Sultan and Minister of Digital Development, Innovations and Aerospace Industry Bagdat Mussin. With Mussin, the two agreed to support Kazakhstan’s startups by establishing a partnership between StartX and Astana Business Campus accelerator.

In Almaty, Darsh met with representatives of Jas Ventures, an ecosystem created for the development of entrepreneurs and IT startups.