By Assem Assaniyaz in Society on 10 August 2022

NUR-SULTAN – On Aug. 10, Kazakhstan celebrates the 177th anniversary of the prominent poet and writer Abai Kunanbayev. The Kazakh capital will host a series of cultural events to commemorate the date, reported the Nur-Sultan Akimat’s (city administration) press service on Aug. 9. 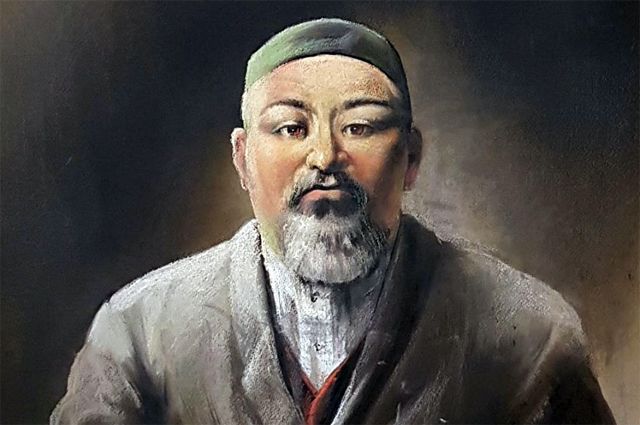 Abai Kunanbayev. The painting was made by the Zhangyru creative association’s artists. Photo credit: the Museum of Arts in Ust-Kamenogorsk.

The Central Library gathers citizens, as well as literary scholars to hear Abai’s poetry at 11 a.m., and at 12 p.m. The library launched a series of exhibitions to honor Abai and other writers, who have taken a worthy place in the history of Kazakhstan.

Kazakh citizens will also attend the literary composition dubbed “The Ray of Light” about the poet’s life at 4 p.m in the Puppet Theater.

The Atameken ethno-memorial complex will organize an educational lecture and the Museum of Saken Seifullin will host a poetry evening.

The photos of Abai’s relatives and descendants are presented at the ALZHIR museum and memorial complex.

Similar to the capital, many other cities across Kazakhstan are hosting events to celebrate the important date, including the city of Semei, Abai’s birthplace.

Aug. 10 has been designated as the Day of Abai by President Kassym-Jomart Tokayev in 2020.