By Staff Report in International on 12 August 2022 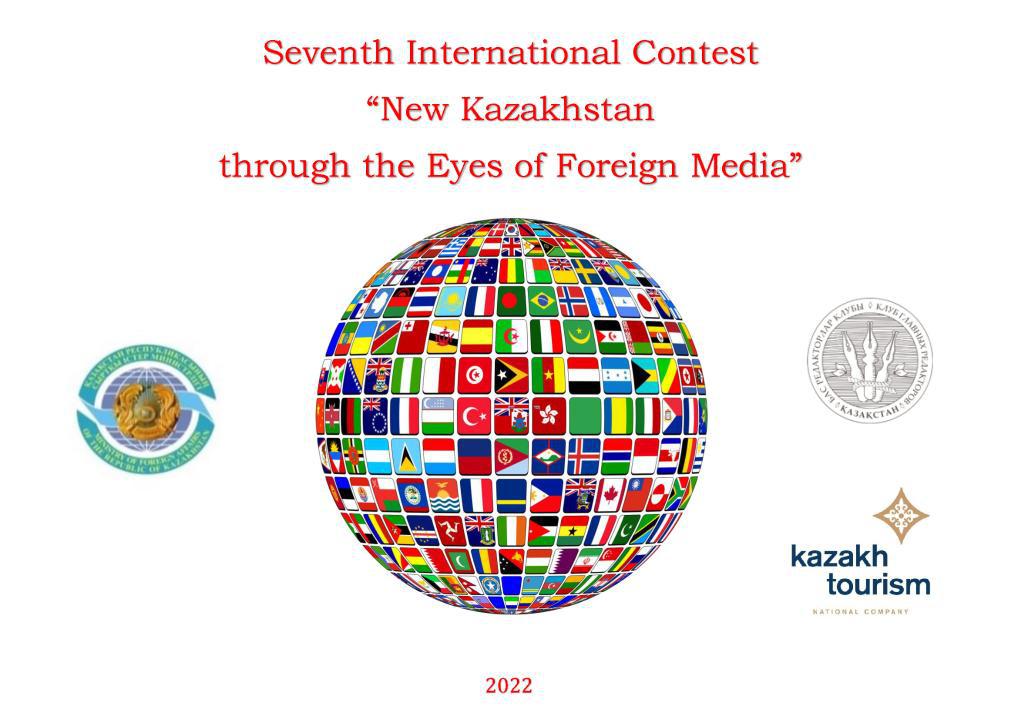 This year, foreign media focused on covering the systemic changes that have been taking place in the country since the beginning of 2022, including political, economic and social reforms within the New Kazakhstan paradigm.

The jury of this year’s contest, held for the seventh time, included Deputy Foreign Minister of Kazakhstan Roman Vassilenko, President of Kazakhstan’s Chief Editors Club Bibigul Zheksenbai and Chairman of the Board of Kazakh Tourism Talgat Amanbayev.

The jury considered more than 50 applications from foreign journalists and bloggers from 40 countries that had been published in the previous year. The pieces presented were published in newspapers, periodicals, online resources, popular internet platforms, blogs and podcasts. The jury chose seven foreign authors as the competition’s winners.

The best piece for the Americas was written by Donovan Mckenzie, an Ottawa Life Magazine journalist, about Kazakhstan’s democratic reforms program.

The most notable European entry came from British blogger Tristan Hughes, who sent an episode of his podcast The Ancients titled “Ancient Kazakhstan: the Gold of the Great Steppe,” which was dedicated to an exhibition of Saka tribes’ archaeological heritage hosted in Cambridge last year.

Gulbaat Rtskhiladze, an author from Georgia, was chosen among entries from CIS (Commonwealth of Independent States) and Eurasia countries for his piece on historical relations between Kazakhstan and Georgia.

Sanjay Kumar, a journalist from The Korea Herald, won in the Asia-Pacific region for his articles on investment potential in Kazakhstan and the Conference on Interaction and Confidence-Building Measures in Asia (CICA).

The jury chose two contenders from the Middle East and Africa: Driss Lyakoubi, a journalist from the Moroccan editions of Le Matin and 12.ma, for a series of articles on his country’s cooperation with Kazakhstan, and Emrah Kaya, a Turkish author, for his quality review of the New Kazakhstan development process.

For the first time this year, there was a distinct nomination for coverage of the country’s tourism potential. Within it, the jury chose Kuwaiti travel blogger Khalid Almutairi for his Arabic-language e-book about Kazakhstan.

According to Chairman of Kazakh Tourism Talgat Amanbayev, recently there has been a significant flow of tourists from such countries as Qatar, Saudi Arabia, and the United Arab Emirates. The national company is working hard to promote Kazakhstan in Arab countries. This was one of the most important factors in determining the winner.

“We chose Khalid Almutairi because his e-book is in Arabic and he has a large following from Arab countries. There is currently enough information about Kazakhstan in English, Chinese, and German, but not much in Arabic. We also really appreciated how the book was presented. It is organized as a stand-alone travel guide. By reading it, anyone from the Arab world who knows nothing about Kazakhstan will learn everything there is to know about our country,” said Amanbayev.

The winners will travel to Kazakhstan in September to explore the cities of Nur-Sultan, Almaty, Turkistan and the Burabay resort area. They will also have the opportunity to attend the VII Congress of Leaders of World and Traditional Religions, which will feature key figures from the world’s major confessions.

The contest Kazakhstan through the Eyes of Foreign Media has been held annually since 2014. It is designed to increase international interest in the country’s present development trends, rich natural and cultural heritage, investment and tourism potential.