By Saniya Bulatkulova in Culture on 3 October 2021

NUR-SULTAN – Cambridge’s Fitzwilliam Museum featured over 300 archeological discoveries from the Saka burial mounds of East Kazakhstan on Sept. 28. The find was hailed as an “archaeological sensation” on the global stage by the British news outlets, reports the Embassy of Kazakhstan in Great Britain. 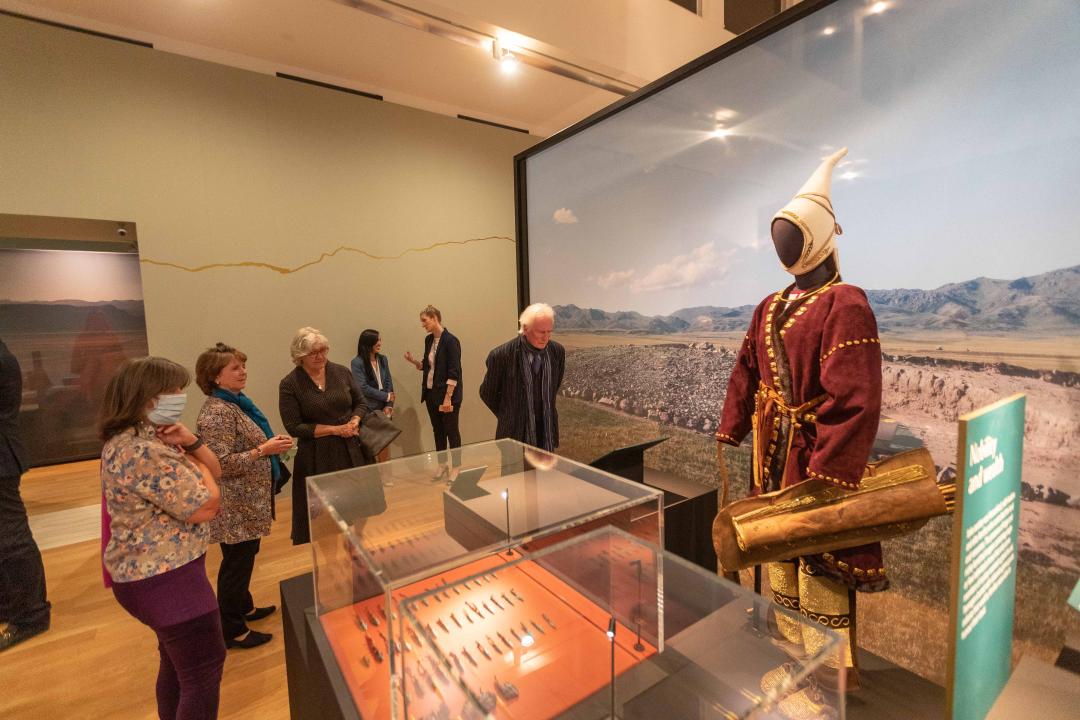 In total, more than 15,000 pieces of gold jewelry and other valuable historical items have been unearthed. Photo credit: press service of Fitzwilliam Museum.

Kazakh archeologist Zeinolla Samashev along with other scientists and students has discovered hundreds of unique pieces of Saka culture dating back to more than 2,700 years over the past three years at three burial complexes – Eleke Sazy, Berel and Shilikty.

“Astounding gold artefacts belonging to a prehistoric nomadic warrior people are going on display in the UK for the first time. Many of the treasures were recently discovered in Saka burial mounds in East Kazakhstan – part of an ancient culture which is largely unknown outside the central Asian country,” said the BBC News in their latest story on the exhibition. 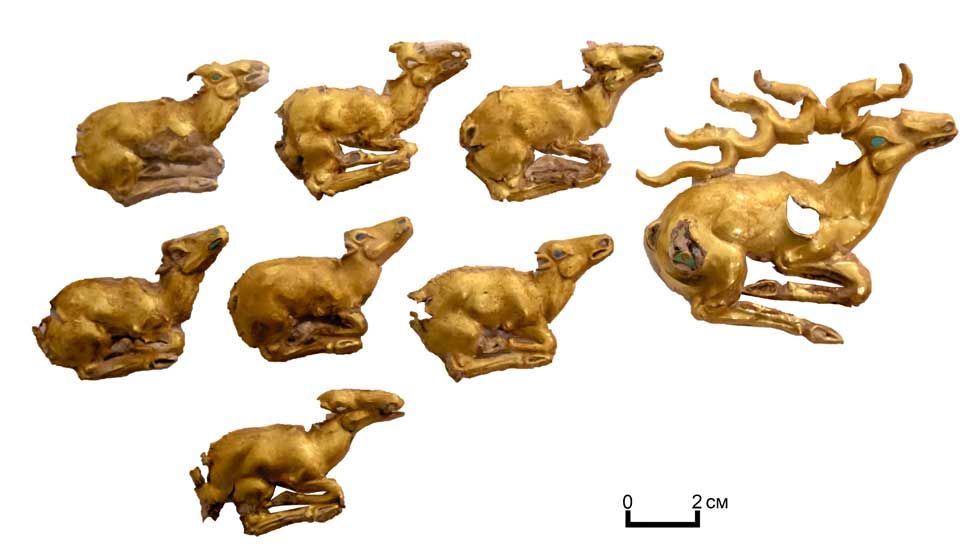 An extraordinary reconstruction of the burial of an 18-years-old archer, discovered in a burial mound in 2018, has been included in the exhibition. He was buried with a younger female relative in a tomb with lavish furnishings. According to the museum, the burial is the second intact Saka burial discovered in Kazakhstan.

“Recent excavations and analyses led by archaeologists from Kazakhstan have helped us understand much better how the Saka lived and travelled, the things they made and what they believed in. They have revealed a distinctive, advanced society, which is still being uncovered as modern archaeological methods enable scholars and scientists to find and analyze not only burial mounds but also the remnants of settlements,” said the museum press service. 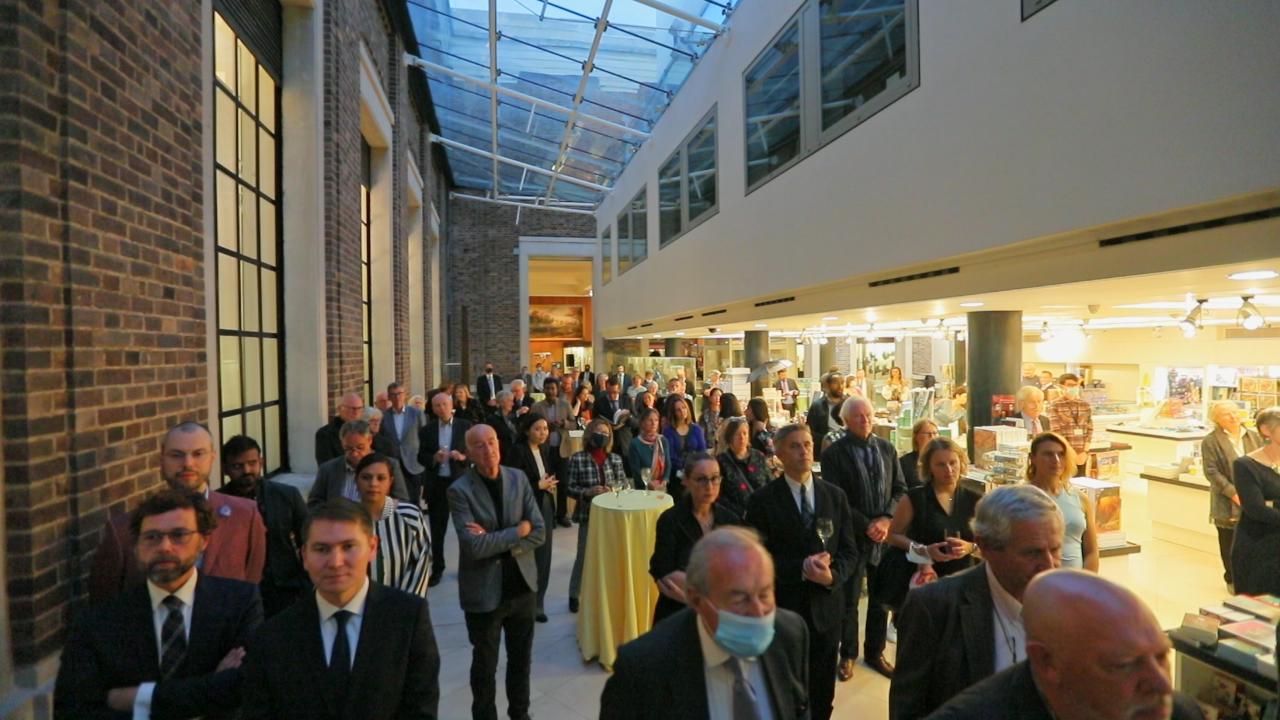 Within the framework of exhibition there will be a series of lectures at Cambridge University, including guest lectures by leading Kazakh archeologists Zeinolla Samashev and Abdesh Toleubayev, who led the exacavations of Saka mounds. Photo credit: press service of Fitzwilliam Museum.

Fitzwilliam Museum Director Luke Syson said it is a wonderful opportunity to show Britain and the whole world a culture, which we are all only now starting to learn about.

“The exhibition honours not only extraordinary history and culture, but also demonstrates the value of joint cutting-edge research and the resulting expositions, contributing to a much fuller understanding of world history,” said Syson.