NUR-SULTAN – While the development of cooperation and integration in Central Asia will benefit its economies and people, the road ahead is long, challenging and bumpy. Experts from Central Asia gathered in Almaty on Aug. 18 for the roundtable organized by the Institute of World Economy and Politics (IWEP) to share how they see regional relations developing. 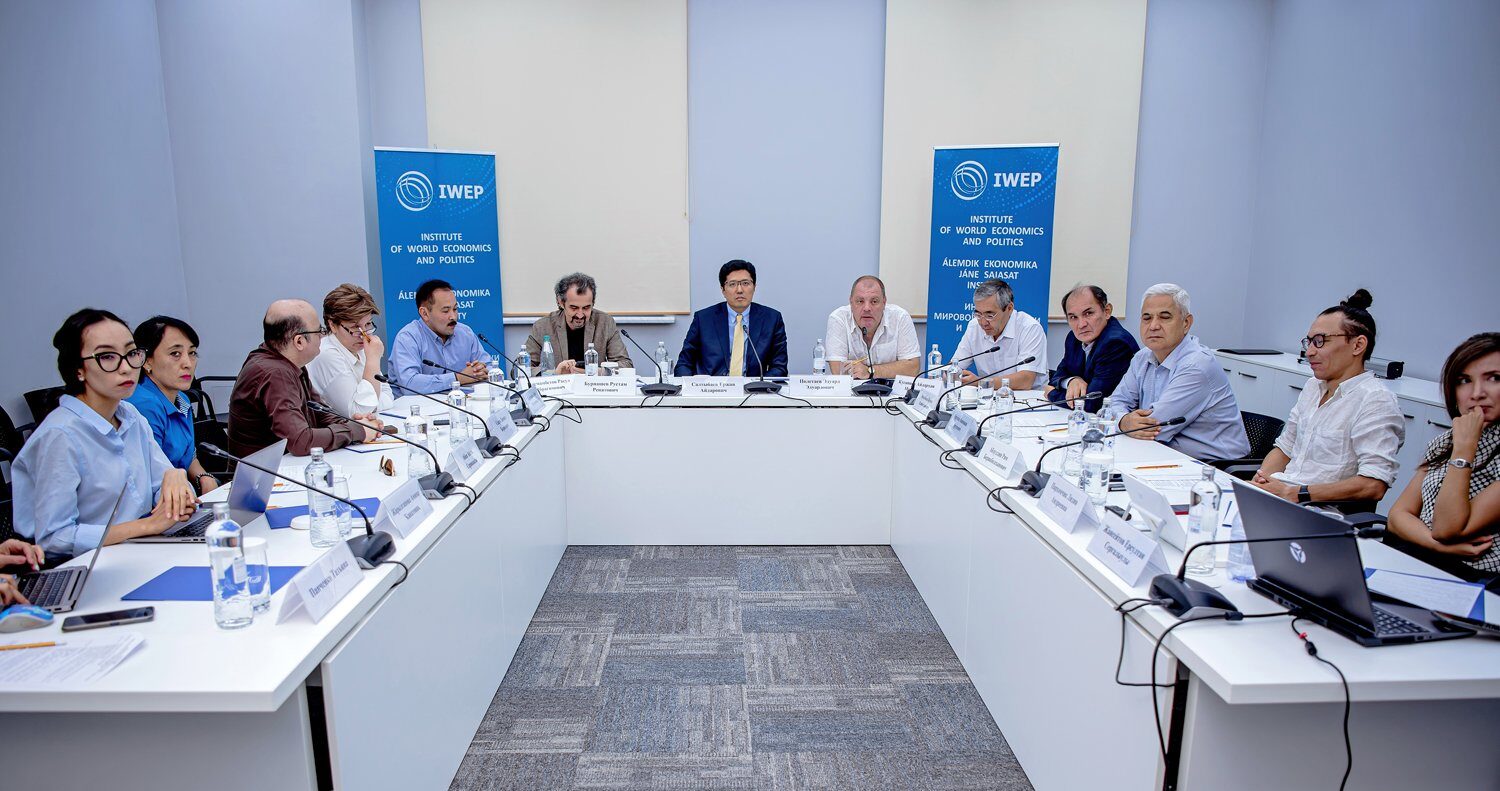 The discussion was organized by the Institute of World Economy and Politics. Photo credit: IWEP

Opening the session, IWEP Director Yerzhan Saltybayev drew attention to what he called a “landmark event” for Central Asia – the Cholpon-Ata summit on July 21 which gathered all five Central Asian leaders to discuss the current state of and prospects for the region. The summit also saw the signing of the Treaty of Friendship, Good-Neighbourliness and Cooperation for Development of Central Asia in the Twenty-First Century.

The document, which was signed only by Kazakhstan, Kyrgyzstan and Uzbekistan, demonstrates a will to move towards greater regional integration, where Kazakhstan is an active driver. In fact, the idea to hold consultative meetings also belongs to Kazakhstan. The first summit was hosted by the Kazakh capital of Nur-Sultan back in March 2018.

While there were efforts before to drive integrational processes in the region, including the Organization of Central Asian Cooperation back in April 1994, the process was either stalled or completely stopped “for obvious objective and subjective reasons,” according to Saltybayev. 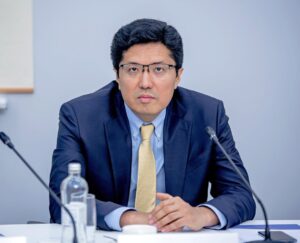 “Central Asia is now in the midst of the serious processes of geopolitical transformation, military conflict in Ukraine, sanctions, ongoing pandemic and increasing activity of radical groups in Afghanistan, tensions between the United States and China and looming global recession. These all require a coordinated response from all countries in the region,” said the expert.

Internal challenges are equally tough, including the scarcity of water resources. Much of the water in the region, home to nearly 76 million people, is sourced from snow and glacier melt from the mountains of the Tien Shan, the Hindu Kush, the Wakhan, and the Pamirs, feeding flows into the Aral Sea basin.

According to the World Bank, at least 22 million people in the region lack access to safe water, mostly in rural areas. But with climate change increasingly affecting the region in terms of floods and drought extremes, profound consequences and more serious challenges will have to be tackled sooner rather than later.

“There are also risks of internal political destabilization. Accumulated structural problems already cause social destabilization, what we have seen just recently here and in some regions in Central Asia as well [referring to Karapakalstan],” said Saltybayev.

According to him, the countries in the region should focus on coordinating economic policy, expanding trade and building common positions on international and regional issues.

Rustam Burnashev, Associate Professor at the Faculty of World Politics in the Almaty-based Kazakh-German University, said that the most effective attempts at cooperation in Central Asia were in moments of crisis when the states began to unite. Now is a similar moment. “We have a chance to respond to the current challenges in a new format,” he added. 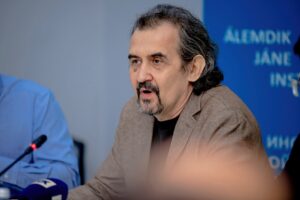 But addressing the challenges will require flexibility in how the region is perceived and understood, “There is such a naively romantic and formal understanding of the region as certain antiquity, which was in 1990 and we tend to think that these five republics necessarily constitute the region. I think this is quite a serious problem. It has to do with the fact that we are not ready to conceptualize the format of Central Asia in other dimensions,” said the professor.

He brought up the example of Uzbekistan’s development strategy adopted in 2017 where the country defines Central Asia as the countries surrounding it, including Afghanistan. “The understanding of the mobility of the region is very important for us,” said Burnashev.

He also emphasized that maintaining the multi-vector nature of the Central Asian countries foreign policy remains a key factor for successful regional cooperation.

“The multi-vector strategy remains the most advantageous in terms of the potential of our countries and our geopolitical position. The geopolitical situation in the world pushes us to some choices so that we take a certain position. We can resist this nudge only in a regional configuration,” said Burnashev.

He said that the meaning of security is not just a reaction to emergency situations, but rather a system of managing risks.

“We build economic infrastructure projects, and we, therefore, ensure security. Security is not a condition, but a consequence,” he said.

For Tajikistan, the Central Asian vector has always been a priority in the country’s foreign policy, according to Komron Khidoyatzoda, head of the regional security studies department at the Center for Strategic Studies under the President of Tajikistan. 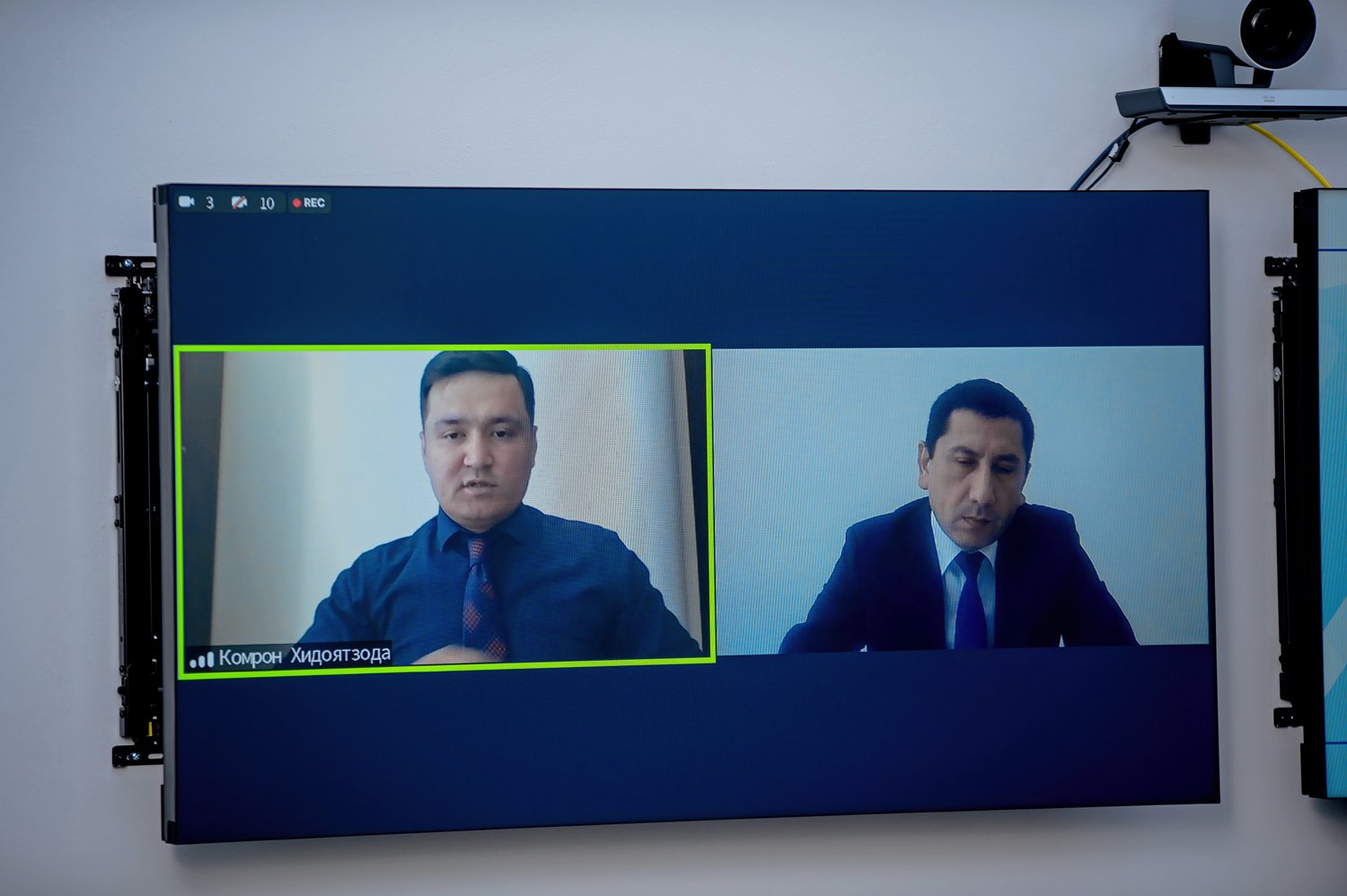 With these risks in place, political dialogue must become stronger to address internal problems and border disputes are among the major issues. The legacy of the Soviet Union, which architected many administrative and territorial changes back in the 1920s, has led to border issues becoming a growing problem after the fall of the Soviet Union, and the situation is particularly tense between Uzbekistan, Kyrgyzstan, and Tajikistan.

“Tajikistan sees diplomatic means as the only solution to regional issues, including border crises. I am sure such consultative meetings will enable addressing the existing problems between our countries. For Tajikistan, addressing the issues related to the Ferghana Valley are particularly important,” said Khidoyatzoda.

Stronger economic cooperation was one of the five major pillars outlined by President Kassym-Jomart Tokayev at the Cholpon-Ata summit. Kazakhstan, the largest economy in the region, saw a 42 percent increase in its trade turnover with other Central Asian countries over the past five years reaching $6.3 billion. Tokayev said back then that a $15 billion figure is “desirable” in the foreseeable future.

During the discussion, Murad Uzakov, head of the Central Asia Department at the Institute for Strategic and Interregional Studies under the President of Uzbekistan, suggested the creation of a common economic space in Central Asia and the development of cross-border cooperation zones as ways to foster increased economic cooperation.

“We should strive to form a single economic space, providing for the functioning of a full-fledged free trade regime between the countries of Central Asia. The mechanism will allow coordinating the creation of favorable conditions for increasing economic and investment potential, including in the border regions. There are already functioning industrial development zones and free trade zones on the borders of Uzbekistan with its neighbors,” said Uzakov.

Rasul Rysmambetov, director of the Almaty-based Financial Freedom Public Foundation, suggested initiating the creation of a regional development bank in Central Asia, which could become a driver of investment projects in the region. The first project would be to help Kyrgyzstan and Tajikistan to manage scarce water resources.

The expert spoke in favor of what he called a “healthy economic isolationism.”

“This is a great opportunity for us to isolate ourselves. I am a supporter of regional isolationism. As little as possible to sell abroad, as much as possible to consume ourselves,” said Rysmambetov.