NUR-SULTAN – The fourth consultative meeting of Central Asian leaders in Cholpon-Ata on July 21 was indeed a milestone for regional cooperation as current geopolitical developments open up new opportunities for Central Asia, a huge region of nearly 80 million people with potential that is yet to be discovered. 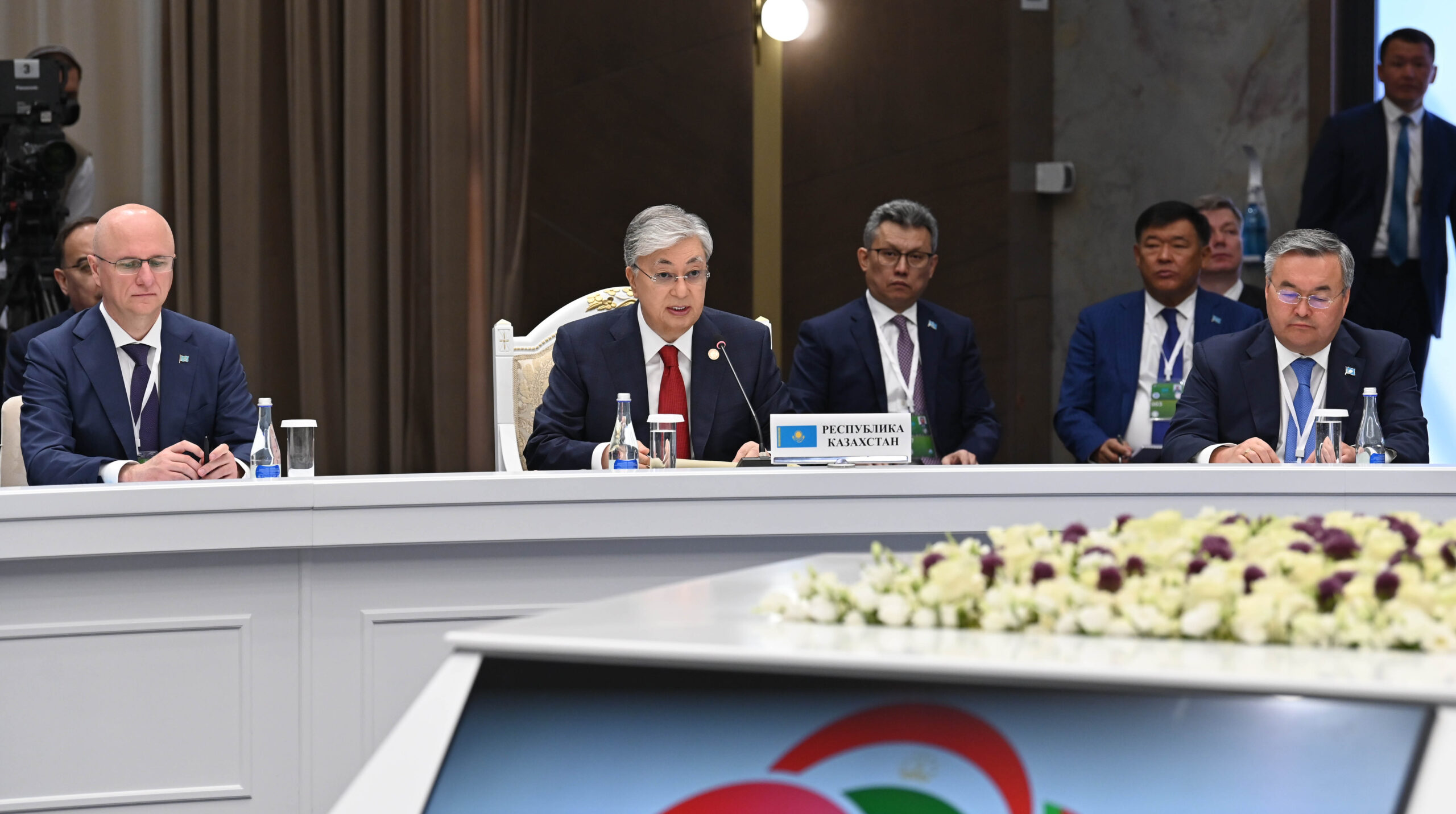 Addressing the meeting on Thursday, President Kassym-Jomart Tokayev said that the meeting of Central Asian leaders “demonstrates the solidarity of the Central Asian countries and the common desire to jointly confront new challenges and threats.”

Since the first meeting took place in Nur-Sultan in March 2018, a lot has changed both in the region and the world. The interstate political dialogue has reached a qualitatively new level, setting the tone for the dynamic development of relations in the spirit of genuine good neighborliness and alliance.

In his remarks, President Tokayev focused on five fundamental tasks – strengthening cooperation in security and diplomacy, eliminating the factors causing instability in the region, developing solid economic cooperation, increasing the region’s transport connectivity and ensuring the rational use of water resources.

Strengthening cooperation in security and diplomacy

Tokayev said that the Central Asian region must become a “vast area of sustainable socio-economic development, comprehensive cooperation, peace and prosperity.” He encouraged the foreign ministers to meet more often and the security councils to begin regular meetings.

While the risks are growing internally and externally, head of the Foreign Policy Research Institute Bolat Nurgaliyev highlighted the current erosion of fundamental norms of international law, the alarming tendency to disregard the authority of the United Nations and other international institutions in the settlement of interstate disputes and conflicts as the key security risk to the region.

“Instead, we witness repeated attempts to use force or threaten to use force. This does not bode well for the long-term goals of the Central Asian countries to jointly promote prosperity and sustainable socio-economic development in the healthy environment of good neighborliness and mutually beneficial partnership,” Nurgaliyev told The Astana Times.

This is a sentiment that was also voiced by Uzbek President Shavkat Mirziyoyev at the meeting, who said that the complex situation in the world directly affects the region which is witnessing a “rapid transformation of the international order, with consequences that are difficult to predict.” 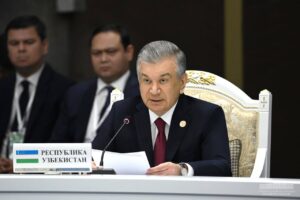 The message of the summit, according to Nurgaliyev, was that the Central Asian five is ready to cooperate meaningfully with other partners as a “determined entity fully conscious of its capacity to make a substantial contribution to world peace and regional stability.”

“As President Tokayev mentioned today, even a cursory look at the location of Central Asia on the world map shows our potential in facilitating the resolution of challenges beyond our region,” he added.

The Central Asian leaders emphasized the potential for more trade. According to expert of the Institute of World Economics and Politics (IWEP) Lidiya Parkhomchik, the unrealized export potential of Central Asian countries in mutual trade equals $1.1 billion, while the total potential for attracting foreign direct investment in the next 10 years in the region is estimated at nearly $170 billion.

“In these circumstances, the goal is to bring Kazakhstan’s trade turnover with its partners in the region to $15 billion in the foreseeable future is not easy, but quite achievable. The Central Asian integration track continues to take clearer shape,” she said in an interview for this story.

One of the ways to do that, as put by President Tokayev, is to launch a network of cross-border trade and economic hubs, similar to how Kazakhstan and Uzbekistan operate the Central Asia International Centre for Industrial Cooperation on the border, and how Kazakhstan and Kyrgyzstan operate the Industrial Trade and Logistics Complex on their border.

According to Kyrgyzstan’s President Sadyr Japarov, the driver of growth in Central Asia is free trade and investment, the development of transport and transit infrastructure and digitalization. 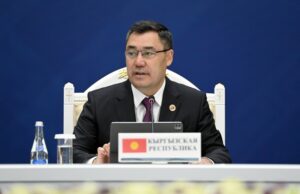 “It is extremely important to completely remove tariff and non-tariff barriers hindering free trade, including unreasonable cargo delays at the borders. I hope that the tools of digitalization will help to solve the accumulated issues,” Japarov told during the meeting, saying that the economic center of gravity is gradually shifting towards Asia, which opens up new opportunities for the region, including the development of green, digital and creative industries.

“It is important to develop common approaches to the formation of the Central Asian space of industrial localization and import substitution on the basis of national programs of industrial development,” he told his counterparts.

The region’s trade prospects can benefit from e-commerce, according to Tokayev, whose country has itself made significant strides in recent years in this area. He spoke about Kazakhstan’s example of how it opened a national pavilion on the Alibaba platform in June with a total of 7,500 items (local products) from around 130 companies.

Hopes are high for the Trans-Caspian Corridor, a rail freight corridor that runs from China to Europe through Kazakhstan and the Caucasus. Since 2017, the transportation of containers via this corridor has increased almost threefold to 25,000.

With the current situation between Ukraine and Russia, the countries will turn to alternative ways to transport their goods, and the Trans-Caspian corridor might be a good option.

He urged his Central Asian counterparts to make use of the Kazakhstan – Turkmenistan – Iran rail route, the shortest route between East Asia and the countries of the Persian Gulf. During his June 19 visit to Iran, Tokayev attended the launch of the first container train from Kazakhstan to Turkey via Turkmenistan and Iran, which allows transporting goods over a 6,000-kilometer distance in just 12 days and gives access to the markets of the Middle East and Europe through the Kazakh seaports of Aktau and Kuryk.

“The Mazar-i-Sharif-Kabul-Peshawar Trans-Afghan railroad [a rail project signed in February 2021 by Uzbekistan, Afghanistan and Pakistan] to which the President of Kazakhstan has expressed his readiness to participate, will open Kazakhstan’s exports access to the huge market of Pakistan and, in the future, India, where there is great demand for domestic agricultural products,” said IWEP expert Yersultan Zhanseitov in an interview with The Astana Times.

Insufficient development of transport infrastructure, however, hinders the economic development of all Central Asian countries, said the expert, emphasizing the region’s competitive advantage – the shortest delivery distances for intra-regional trade and the ability to save on transportation costs.

The Cholpon-Ata meeting was sought to bring Central Asian states closer in light of growing geopolitical tensions. The Treaty of Friendship, Good-Neighbourliness and Cooperation for Development of Central Asia in the Twenty-First Century, which Tokayev described as “historic,” was signed only by Tokayev, Japarov and Mirziyoyev.

The statement on Kyrgyzstan’s presidential website says President Emomali Rahmon of Tajikistan and President Serdar Berdymukhamedov of Turkmenistan will sign the document after the “completion of domestic procedures in their countries.”

“Discussions on regional integration and coordination of policies have been conducted practically since the early 1990s, when Central Asian states gained their independence and came to the realization that their effective development depended on joining efforts and using fully their comparative advantages, pulling together economic, technological, natural and human resources,” said Nurgaliyev.

When asked about regional integration, he said it has been building for a long time stressing that the Cholpon-Ata meeting is a “logical result of changed perceptions and an acknowledgment that to be successful one has to arrange the possibly closest ties with neighbors.”

“Looking back into the history of previous efforts of Kazakhstan to convince the leaders of other Central Asian republics that regional integration would not infringe on their national sovereignty and ability to make decisions according to their national interests, one can conclude that every process has to ripen. Leaders and the public have to make a judgment based on their own assessment of objective reality. 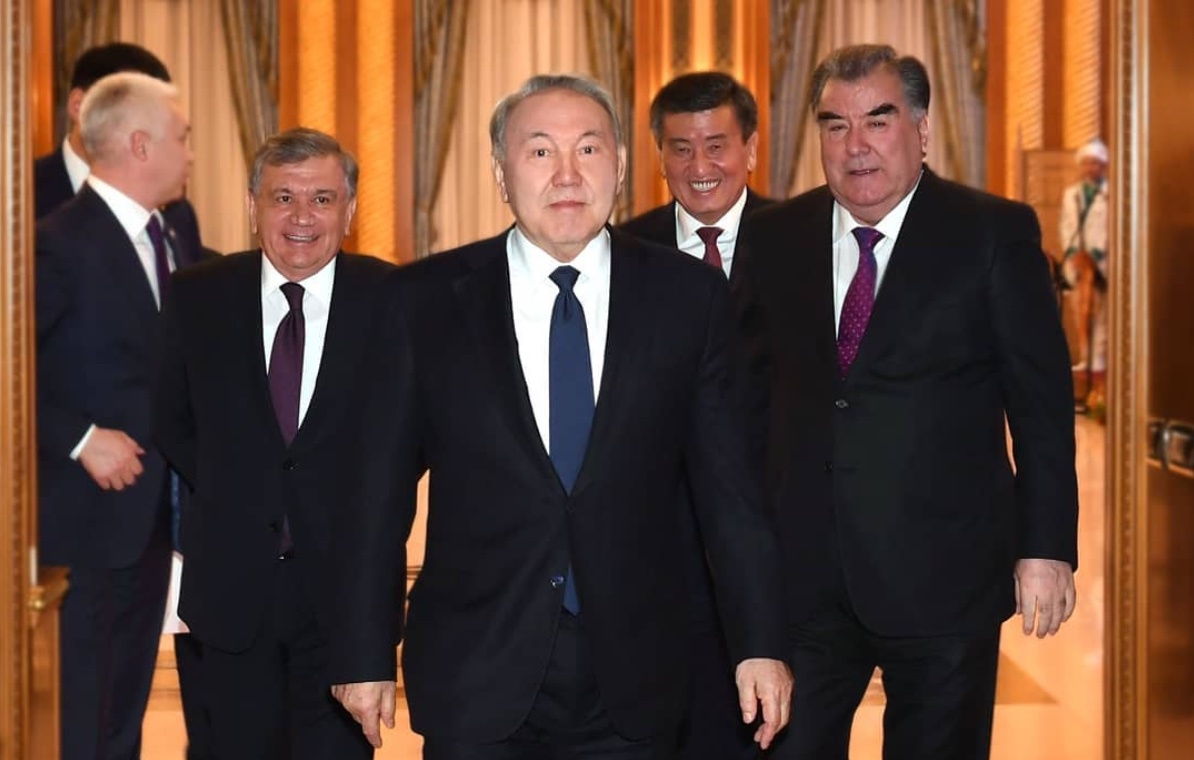 What was obvious years ago for some, might have not been so obvious for others and time was necessary to accept the arguments of the protagonists of  regional integration,” said Nurgaliyev.

Kyrgyzstan’s vision of Central Asian integration, however, might be rather limited at the present, said Aijan Sharshenova, a political analyst from Bishkek.

“The current political leadership has demonstrated that they engage in reactive, rather than proactive policies and seem to lack a long-term vision in foreign policy. Otherwise, Kyrgyzstan would certainly benefit from increased regional cooperation, just like other Central Asian nations would do too,” she told The Astana Times.

For Kyrgyzstan, increased cooperation will mean “addressing border disputes with Tajikistan or treating water as a commodity with Kazakhstan.”

“An increased cooperation and integration would also change the long-standing socio-political practice whereas our communication happens with external facilitators; think of C5+1 formats practiced by all external actors in the region. This is important to shift the usual narratives and practices and increase the sense of regional unity,” said the expert, highlighting what Kyrgyzstan could offer the region whether it be tourism, textiles, and a skilled labor force. “Instead of searching for these beyond the region, we should be capable of building our own regional capacity.”