Editor’s Note: With this article published on Constitution Day, the AT begins a series of publications of works by the winners of the seventh foreign media contest New Kazakhstan through the Eyes of Foreign Media established by the country’s Foreign Ministry. Debuting this series is British journalist Tristan Hughes, who provides an overview of the last year’s exhibition at Cambridge’s Fitzwilliam Museum in his interview with Dr. Rebecca Roberts, one of the exhibition’s curators.

Gold and horses! 2,500 years ago, in the area of the Great Steppe that is now eastern Kazakhstan, an extraordinary ancient Scythian culture reigned supreme. They were called the Saka, renowned for their skill as horse archers and for their elaborate elite burials. 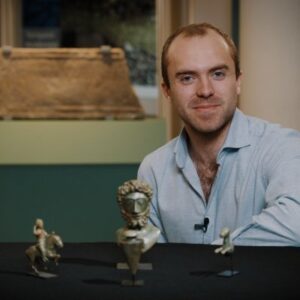 Ancient Persian and Greek sources labeled them barbaric, nomadic people – a scourge on the “civilized” world. But new archaeological discoveries from the East Kazakhstan Region are revealing a very different picture. A picture that highlights how the Saka were a highly-sophisticated ancient society. A culture that boasted complex settlements, expert craftsmen, extensive trade routes, and more, alongside their equine mastery and their staggering wealth.

Now, for a limited time only, you can see some of these newly-discovered artifacts at the Fitzwilliam Museum in Cambridge. The exhibition is called “Gold of the Great Steppe.” Running from Sept. 28, 2021, to Jan. 30, 2022, it is the first exhibition about this ancient culture ever to be shown in the United Kingdom.

“Geographically, the objects come from the East Kazakhstan Region on the border with Russia and Mongolia. Timewise, the material dates to the Saka period. All materials of the exhibition come from the excavation, most of which took place in the last three years, but certainly within Kazakhstan’s recent history and its independence,” said Roberts. 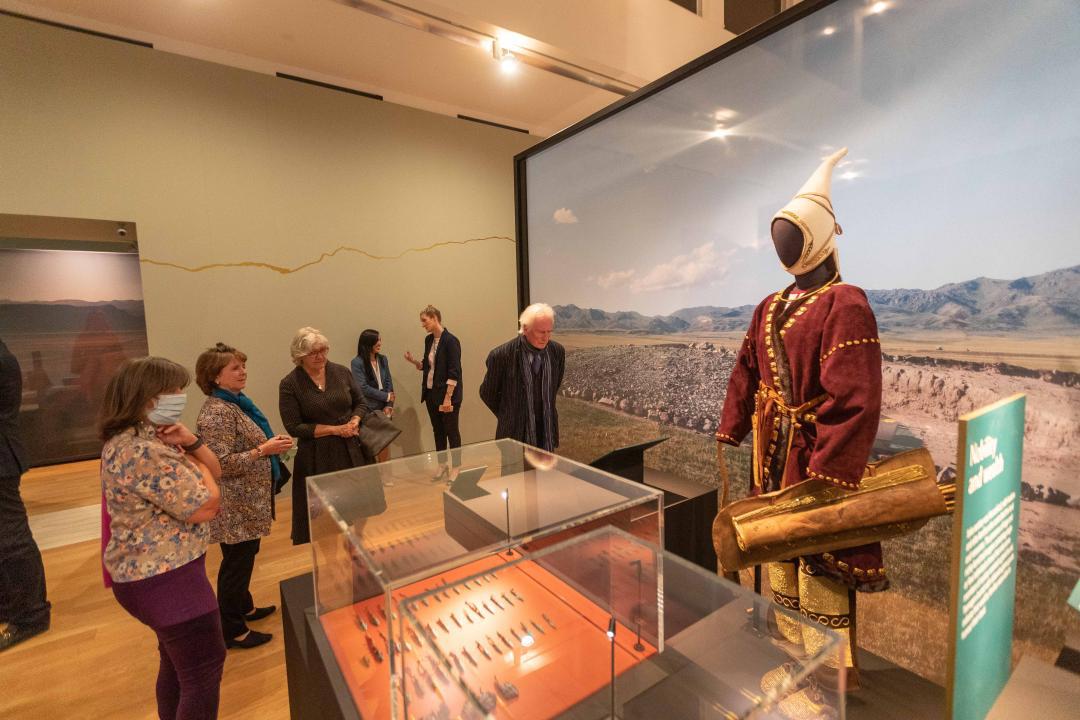 The exhibition was organized during the lockdown period with the museum’s team arriving on March 8, 2020. “When we landed, I was seeing lots of texts from friends in Kazakhstan. I looked on the news and realized Kazakhstan closed borders while we were in the air,” she said.

The full podcast is available here revealing more about the team’s efforts to organize the exhibition and the importance of the artifacts for the history of the world and the country.