NUR-SULTAN – The participants of the first round of the Europe – Asia international march for peace reached the city of Atyrau in the west of Kazakhstan and presented an entertainment program on July 21. 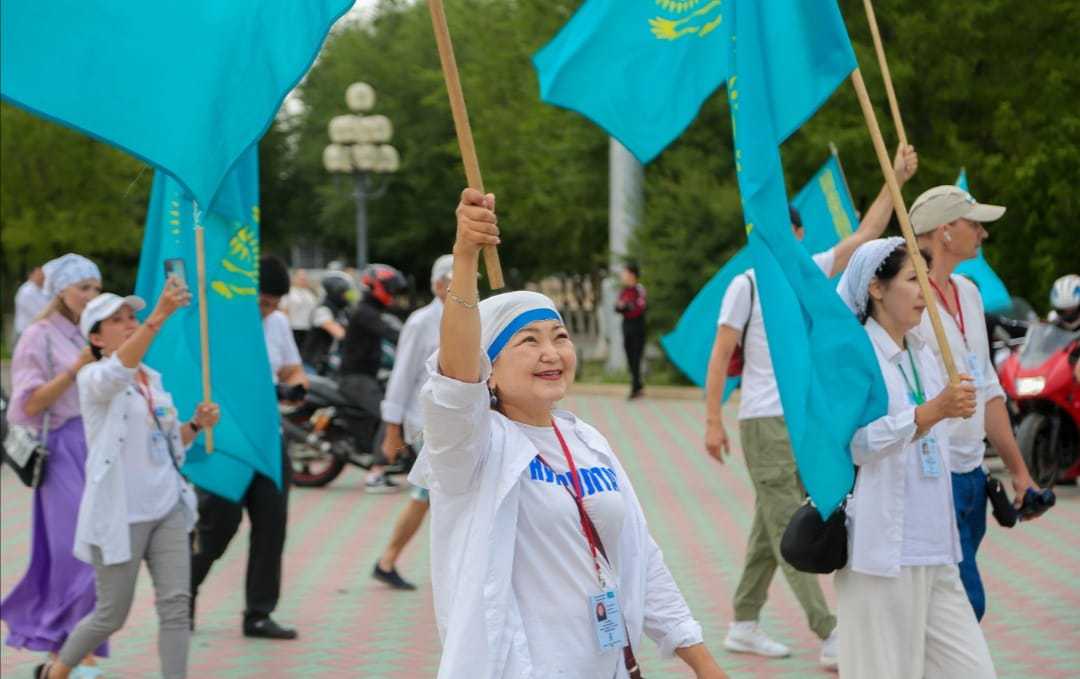 The participants of the first round of Europe – Asia international march for peace and accord presented an entertainment program in Atyrau on July 21. Photo credit: atpress.kz

Citizens of Kazakhstan, Kyrgyzstan, Uzbekistan, and Bashkortostan met with religious representatives, organized a trade fair, visited a folk-art exhibition at the Museum of Art and Decorative and Applied Arts named after Shaimardan Sariyev, a Kazakh artist known for extraordinary portraits.

“This is an international march, which is organized not with public funds, but with the financial support of the population. Our goal is to promote unity and peace. In all the cities we have visited, we were greeted very kindly. After the completion of the first round of the march, we will prepare for the next trip. We are going to visit 17 countries in Europe and Asia,” said Executive Director of the event Ruslan Abdullin at the July 21 press briefing at the Regional Communications Service (RCS) of the Atyrau Region.

They also drove through the central streets to the Sultan Beybars Square, waving the Kazakh flag and performed a concert by the end of the program.

To date, the participants of the march have visited Karaganda, Almaty, Taraz, Shymkent, Kyzylorda, Aktobe, Uralsk, and the capital of Kyrgyzstan – Bishkek.

The march, which began on July 3 in the Kazakh capital Nur-Sultan, is divided into two stages. The first one is held in Kazakhstan, Kyrgyzstan, Georgia, and Russia, while the second round will cover 17 countries, including Bulgaria, Italy, France, Germany and the Netherlands.