NUR-SULTAN – The participants of the first round of Europe – Asia international march for peace and accord visited the city of Taraz in southern Kazakhstan on July 10 with a rich program, including concerts, an arts and crafts exhibition, and competitions in national games, according to Khabar 24. 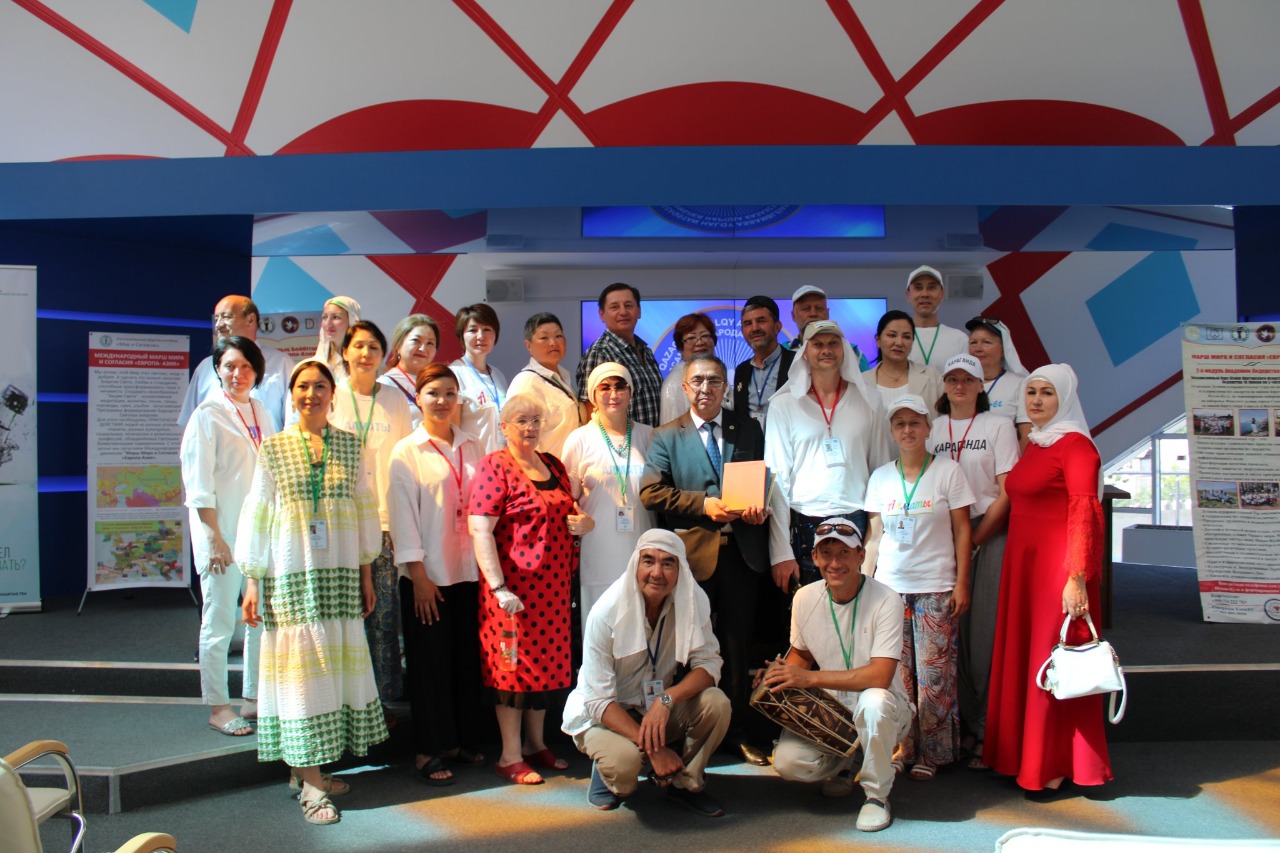 Participants of the first round of the Europe-Asia international march in Taraz. Photo credit: shanyraq.info

The main goal of the march, which began on July 3 in the Kazakh capital Nur-Sultan, is to unite people on the principles of peace and harmony, regardless of their nationality or place of residence, actively contributing to the cultural enrichment of its participants. Twenty-eight participants visited Karaganda, Almaty and Bishkek before arriving in Taraz.

Accompanied by a military band, a column of 50 cars and 25 motorcycles drove through the central streets of the city waving the Kazakh flag and arrived at the Kone Taraz ethnocultural complex, which is well known for its unusual architectural structures.

“People of different nationalities and different faiths live in Kazakhstan, but they are all united by friendship and live under the Kazakh Shanyrak (a symbol of a house in Kazakhstan) as one family. We want the whole world to see the symbol of our country – the flag of Kazakhstan, the flag of the most peaceful country,” said Executive Director of the event Ruslan Abdullin.

The march is divided into two rounds. The first one is held in Kazakhstan, Kyrgyzstan, Georgia, and Russia, while the second round will cover 17 countries, including Bulgaria, Italy, France, Germany and the Netherlands.

Social events have been prepared for each city, including round tables, press conferences, folk festivals, a parade of flags, and entertainment programs.