Voting at Kazakhstan’s Constitutional Referendum is Over With 68.44 Percent Turnout 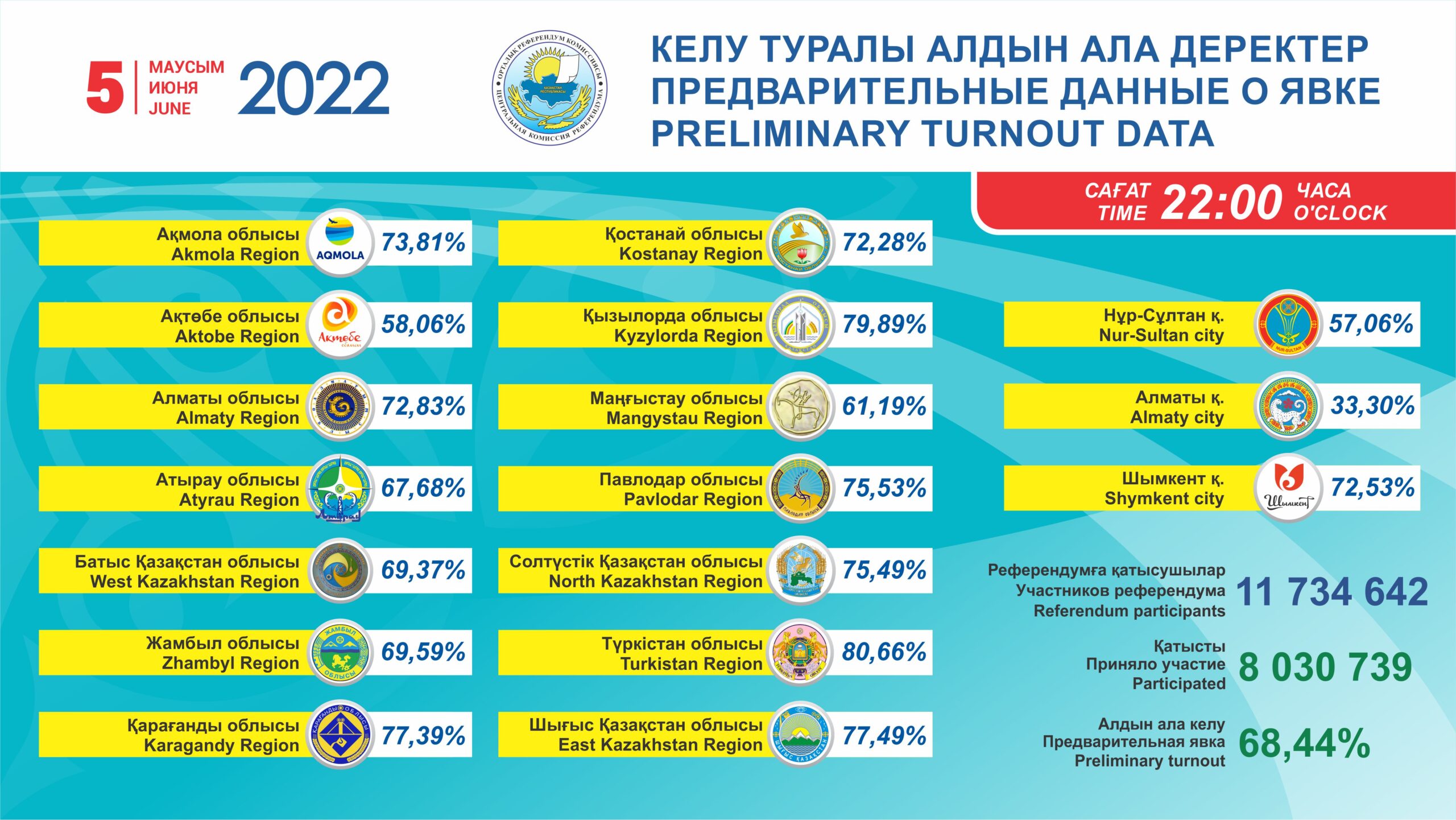 More than eight million Kazakh citizens cast their votes on the constitutional amendments.

Turnouts varied across the country and within cities. The Turkistan Region led the turnout being the only region where voters’ participation exceeded 80 percent (80.66 percent).

Over half of Nur-Sultan residents who have the right to vote cast their ballots  at the polling stations (57.06 percent). The Almaty polls remained relatively quiet with the lowest turnover in the country (33.3 percent). 72.53 percent of eligible voters attended the referendum in Shymkent.

The CRC began counting the votes and the early results will be announced during the briefing on June 6.

International observers at the polling stations have witnessed high voter turnout and reported no significant violations.

Amendments to the Constitution shall be adopted if more than half of the citizens who had cast their ballots, voted in favor of the amendments in no less than two-thirds of the regions, cities of national significance and the capital.

The referendum was considered valid in the afternoon by 2 p.m. as the turnout threshold of over 50 percent has been reached.